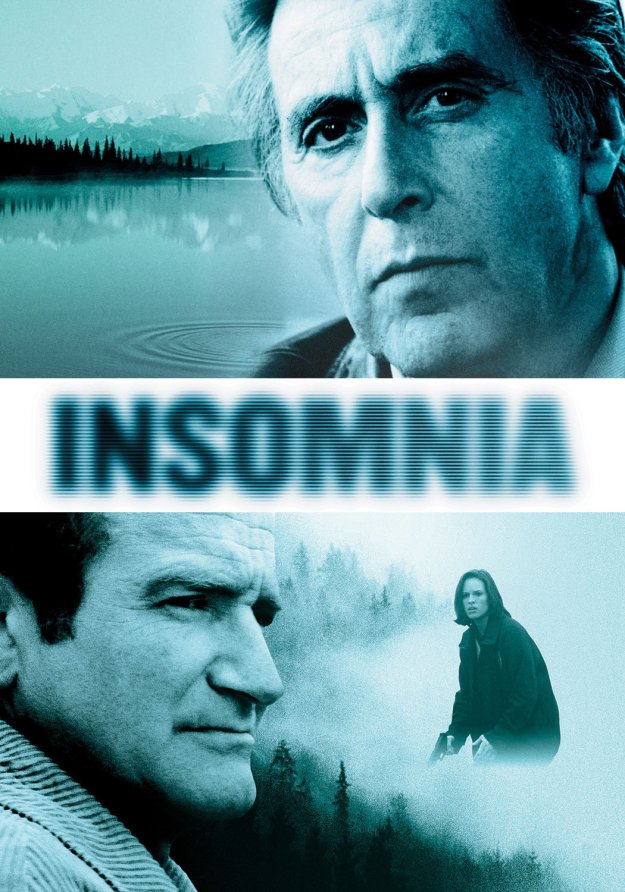 SYNOPSIS: Two Los Angeles homicide detectives are dispatched to a northern town where the sun doesn’t set to investigate the methodical murder of a local teen. – via IMDB

Wow. This movie was excellent, and just my cup of tea. I was drawn in from the moment the film opened, and just got sucked down the rabbit hole even further as the movie progressed. I want to start with how breathtakingly beautiful this movie is to look at. Wally Pfister delivers all the goods here again. Alaska was a gorgeous setting, and the film ran that point home at every available opportunity. As for Pacino? It’s films like this that showcase his talents, and he was fantastic here. Robin Williams, too, was so brilliant in these weird, creepy roles. Sometimes going against what you are known for is just the answer. The way the sound and images were used in this film to depict Dormer’s insomnia was so smart, and lent credence to all that was happening. Insomnia is also not your run of the mill thriller, as it has quite a lot of character development and background to chew on, too, which makes for an incredibly engaging watch. The plot development and progression was spot on and enjoyable, what with the story woven so expertly. It doesn’t pretend to break the mould or anything like that, and it doesn’t. There are no serious surprises, but that is not an issue. Instead you focus on the characters more so than just the case. This is a movie that looks and sounds great, and simply captivates you. The interactions between Dormer and Finch are enthralling, and the cast worked really well. I cannot believe it took me so long to get to this movie, because it is typically Nolan – brilliant, smart, engaging, and worth every second of your time.

If you haven’t seen this, don’t watch the trailer. Seriously, what a spoiler. I am so glad I didn’t watch it before the movie. My advice? Go in blind.