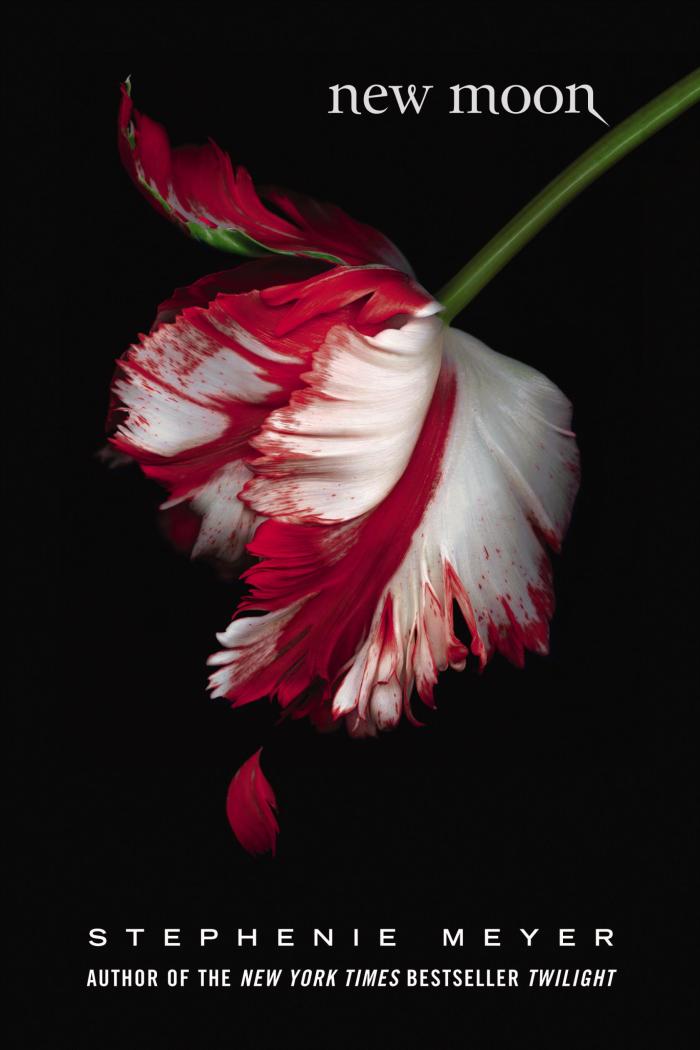 Bella Swan is being all moody and sour with her sparkling vampire boyfriend Edward Cullen on her birthday and is still miffed that he won’t turn her. His brother Jasper tries to eat her, and the Cullens move away. Nasty breakup ensues between Bella and Edward, she spirals into a deep depression like her family has been massacred, not like she has lost her boyfriend whom she has only been with for a few months. Months of obsession and depression after all that, eventually she starts hanging out with Jacob Black, an old friend. They get very close. He is in love with her, she cannot think further than Edward, but has no qualms crushing Jacob’s heart. Eventually Jacob goes on the fritz and she gets sour that he, too, would leave her. Turns out he is actually a werewolf (seriously). Huge misunderstanding at the end causes Edward to try out a suicide mission, and Bella runs with his sister Alice to stop it. Seems they just go back to normal, doesn’t matter about Jacob anymore, who is bitter because the Cullens are his tribe’s sworn enemy and he is in love with Bella, who loves his natural enemy, and he is a werewolf and has to protect his people from them.

Fuck it. I will never get any part of my life back over this.