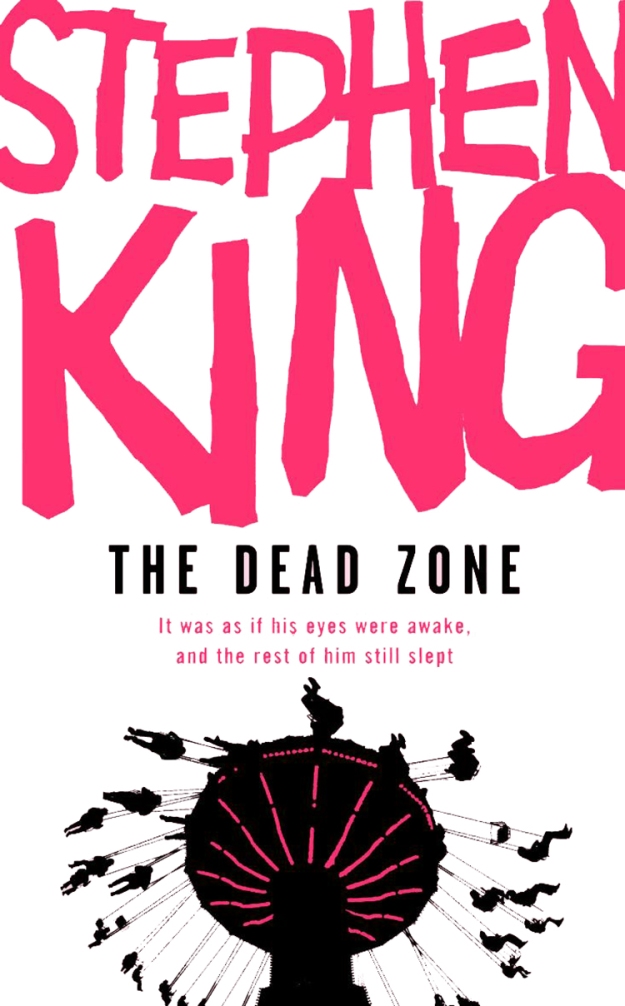 SYNOPSIS: Johnny, the small boy who skated at breakneck speed into an accident that for one horrifying moment plunged him into The Dead Zone.

Johnny Smith, the small-town schoolteacher who spun the wheel of fortune and won a four-and-a-half-year trip into The Dead Zone.

John Smith, who awakened from an interminable coma with an accursed power—the power to see the future and the terrible fate awaiting mankind in The Dead Zone. – via Goodreads

I recently read It, after being in the mood for a King novel for ages. I thoroughly enjoyed it and read a few other books, but the King bug bit me again, and this time I ventured for The Dead Zone. Totally worth it folks, totally worth it.

The book is actually a rather quick read, and flows really well. The story is quite good, and draws you in from the beginning, though it does feel (especially when you get to the end) that you got a slightly more in depth snapshot of something that happened (like a moment in time), but served no real purpose, though you can also sit and think on that and see how it actually does mean something. This totally depends on what you take from the book, and everything will take something else.

I thoroughly enjoyed reading about Johnny and Sarah, his accident, his parents and how they (and Sarah) coped with Johnny’s coma after his accident. This is typical Stephen King, weaving some in depth characters to look at and chew on, and this book is no exception. Vera is a woman that starts off sounding like a woman with a bit of a stick up her ass, and then completely devolves into denial and some major mental health issues. Herb is a lovely man, and while he has some dark thoughts about Johnny, you can understand them, too.

The Dead Zone is proper psychological thrills. There are only few instances where there is some extreme violence and/or blood. The rest is all about Johnny and the “ability” he woke from the coma with. It is really interesting to read about Johnny’s recovery, and how this ability is something he fears, but is not something he can get rid of, and so it will haunt him. I thoroughly enjoyed reading about how the people around him treated him, how they didn’t believe him, thought he was crazy, feared him, respected him, or were creeped out. There were some really nice characters in here, too.

Overall The Dead Zone is a pretty good read that zips on by rather easily. I was engaged throughout, and once again can appreciate King’s craft, he is really talented. The book is well written and engaging and has a solid story to chew on, whether you feel ultimately that it made you ask questions, or just gave you a snippet of a few years in a young man’s life, it is worth checking out. Man, all I want is some more King to read now! 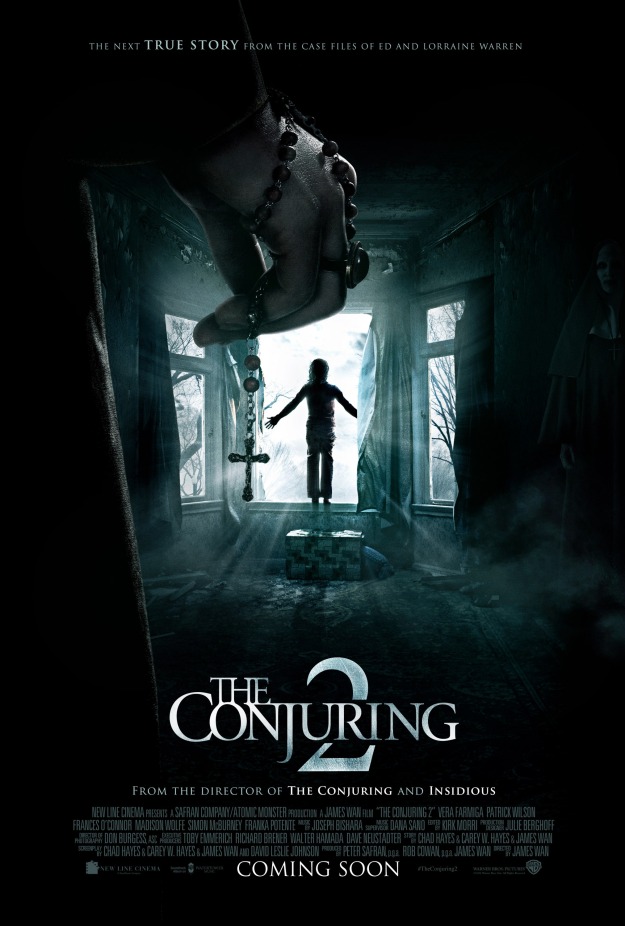 “I know your name, demon, and that gives me dominion over you!”
– Lorraine Warren

SYNOPSIS: Lorraine and Ed Warren travel to north London to help a single mother raising four children alone in a house plagued by a malicious spirit. – via IMDB

What. The. Heck. I mean really! This movie was hyped up, it was raved about, people adored it, it got compared to the first. Let me tell you what it has in common with the first – Patrick Wilson and Vera Farmiga. That’s it. I am telling you. When The Conjuring was released, I really liked the movie, up until the final third. It relied on atmosphere and was well acted, all of that. Upon rewatching it, I found it to be quite the hollow experience, and felt that I had scored it too highly. It was definitely a one hit wonder for me, and had no rewatch value. However, it was crafted well. As for The Conjuring 2? Unimaginative title and a terrible film all around – and not a good sequel, as so many have lauded it. This is not a good example of a sequel done right, in my opinion. Patrick Wilson and Vera Farmiga are good, but come across as limited due to the script. The script also tried to force emotion into it in places, and it fell flat and was terribly awkward. Let’s talk about how heavy handed and over the top this movie was. I mean seriously folks. There was no time to get freaked out or vested in what was happening because there was no grace, no elegance, no mystery, no finesse. It was just in your face, no subtlety, and felt like you were being force fed this horror. There was potential when The Crooked Man came to life – instead of scaring the socks off of me (as he rightfully should have), he was this terribly animated character that looked beyond stupid. Ugh. Let’s not forget how conveniently everything worked out for the Warrens – yes, it just so happened to be the same thing that they picked up in the Amityville house, all the way out in England? Puh-lease. I have no time for this movie, and cannot believe I had been looking forward to it for another solid horror. It didn’t deliver on any front, and was certainly a massive waste of my time. Ugh.