“It was a myth. Kids used to dare each other to go into the woods at night. They knew the power of that place. They feared it. Those woods belong to something else.”
– Jud Crandall

SYNOPSIS: Dr. Louis Creed and his wife, Rachel, relocate from Boston to rural Maine with their two young children. The couple soon discover a mysterious burial ground hidden deep in the woods near their new home. – via IMDB

After having a lot of fun at the cinemas recently, and completely forgetting that Pet Sematary was even still a thing, I saw the posters up for this and obviously decided I needed to see it. So, while I was maybe not expecting it to be It, or even The Mist (if we are looking purely at the more horror based side of King’s adapted works), I thought it would be a watchable movie, maybe not great, but entertaining. Plus, you know, I will watch Jason Clarke in just about anything.

Well, let me state it simply and succinctly: Pet Sematary sucked. I wasted time and money tripping out for it. And I took my husband, he is always keen on a horror. Then there was this, and it was just… rushed, sloppy, messy, and features a different story from the book. I felt that the movie was going downhill slowly pretty much from the minute that family arrives at the new house, and completely lost faith in the story as a whole by the time the wrong kid died. I mean, that is a driving point of the book! I know, I know, what lunacy is this, comparing a book and a movie? But honestly, you would think the basics would be the same. Also, I am capable of appreciating it for what it is and ignoring the book, but I really didn’t like this.

Anyway. Even the music was just meh in this. The movie was heavy handed trying for scares and failing miserably. The story doesn’t resonate at all and the characters are all flat caricatures. If there is one thing that Stephen King excels at, it is writing characters. This movie did not highlight that in the slightest. As much as I love Jason Clarke, this movie sucked. I wish it had been an okay movie, but it is not even that. I had serious regrets. I could have gone to see another movie. Any other movie.

Pet Sematary  isn’t very long at all, but it is absolutely chaotic – and not in the good way. Scenes jump all over the show, the content is heavy handed, there is nothing creepy or scary about it, and that whole child progression they are marketing on the posters? You see it once.  Skip this. Completely. 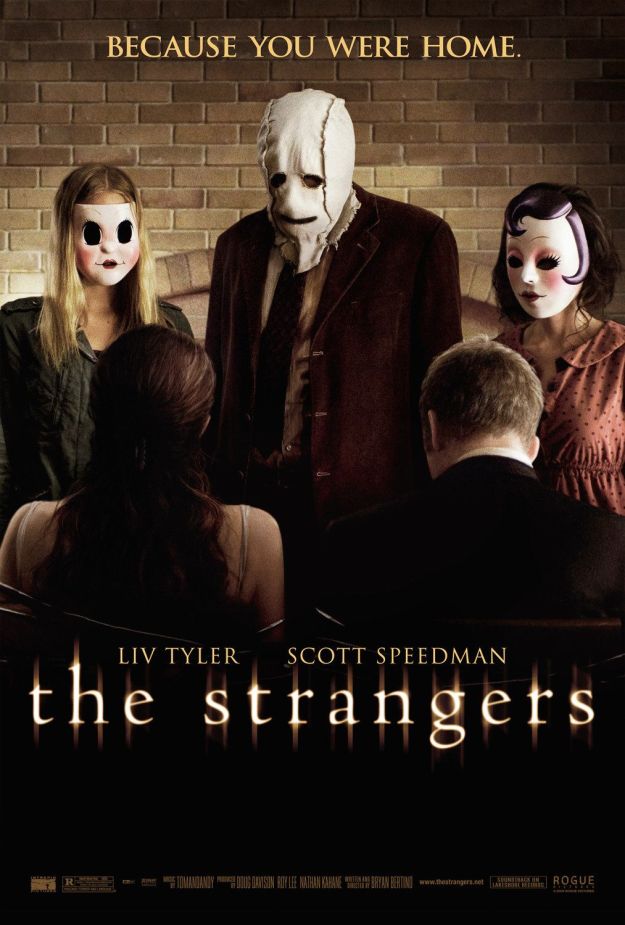 SYNOPSIS: A young couple staying in an isolated vacation home are terrorized by three unknown assailants. – via IMDB

After always hearing how good a horror The Strangers is, I decided to finally give it a shot with my husband. While he hated it to the core, I can’t say that I liked it an awful lot more. Where do I even begin?

I know! The logic of the characters! These two are just hands down the stupidest two I have seen together in a horror in a really long time. For one, he returns and finds her hysterical and he’s like “it’s nothing”. Then he’s all macho and leaves her alone and realises there are a bunch of crazy people out there stalking, and he’s just like “oh whatever”. Together these two progress to make some of the most idiotic decisions I have seen in horror/thriller in a while, and let’s face it, this is not really a genre of smart moves.

The two characters we are following are also not really nice people, so you aren’t really invested in their survival, either. The movie starts with promise, it really did, but it went downhill so fast my head is still spinning if I think about it. You just say The Strangers around my husband now and he will start a bitchfest about this movie.

The Strangers is overly vague, which would have been fine, had it just been a better watch. With better writing, the potential would not have been lost, and there was quite a bit. A nonsensical home invasion, masks, psychologically torturing people, initially a great atmosphere, the whole lot. But instead it is bogged down by flawed logic, unlikable characters, a score I didn’t like (too loud for action/music ,speech nonexistent), faulty pacing, therefore letting itself down before it even got started. The tension that was built in the beginning, the scares it put forth, dwindle in the face of the infuriating decisions made by the characters. Overall, it is nothing but a bland and frustrating experience.