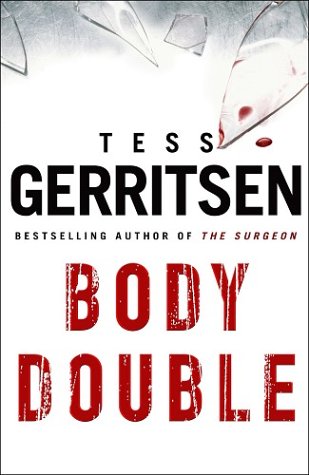 SYNOPSIS: Dr. Maura Isles makes her living dealing with death. As a pathologist in a major metropolitan city, she has seen more than her share of corpses every day–many of them victims of violent murder. But never before has her blood run cold, and never has the grim expression “dead ringer” rung so terrifyingly true. Because never before has the lifeless body on the medical examiner’s table been her own.

Yet there can be no denying the mind-reeling evidence before her shocked eyes and those of her colleagues, including Detective Jane Rizzoli: the woman found shot to death outside Maura’s home is the mirror image of Maura, down to the most intimate physical nuances. Even more chilling is the discovery that they share the same birth date and blood type. For the stunned Maura, an only child, there can be just one explanation. And when a DNA test confirms that Maura’s mysterious doppelgänger is in fact her twin sister, an already bizarre murder investigation becomes a disturbing and dangerous excursion into a past full of dark secrets.

Searching for answers, Maura is drawn to a seaside town in Maine where other horrifying surprises await. But perhaps more frightening, an unknown murderer is at large on a cross-country killing spree. To stop the massacre and uncover the twisted truth about her own roots, Maura must probe her first living subject: the mother that she never knew . . . an icy and cunning woman who could be responsible for giving Maura life–and who just may have a plan to take it away. – via Goodreads

This series was going so well, until we got to this book, that is. Ugh, it was so annoying and extremely melodramatic, typically something I was going to love, right? It drove me absolutely crazy the way Maura suddenly lost her identity upon discovering that she had a twin sister and questioned everything. I understand it is a shock to the system and all, but I was so over reading the back and forth between who she thought she was and how her sister was. It got old, fast. Meh. Naturally it would affect you, but hell man, it was so dramatic and ridiculous and I could feel my nerve jumping around my eye just reading the parts. It made her an incredibly weak, insecure character. She actually grated on me, something she has the potential to do from time to time, but never to this level. I also found it to be overly drawn out and exaggerated: the hunt for her sister’s whereabouts etc, knowing who she is through who her sister was… no thank you. Far too melodramatic and long winded, and took it right out of me to read. Okay, I will stop complaining about that now, because I can go on for ages. The sad thing is that there actually was a relatively decent story in here, though it only kicks in just over halfway through the book, and we finally move away from Maura’s constant agonizing and get more involved in the actual case, which has some decent points to it. Ballard’s character would have been fine, though he did feel forced, and there were quite a few loose ends when all was said and done in the book. Some things were just way too far-fetched and there were some wild coincidences all over the show here, I just couldn’t buy in to much of it, which counted against the novel for me. I missed Gabriel in this book, as I had been hoping for more interactions between him and Jane since they got married, and I also expected to have some more of Jane’s family feature seeing as she is pregnant, but no cigar my friend. I would have hoped that this would give some more character development to Jane and Maura, but it wasn’t really the case, either, and it was so much longer than it needed to be. It was a real empty and pointless experience to me, which is a pity because this is actually a decent series and I like Gerritsen’s work. But this was really not a good read, and not something I want to be repeating again anytime soon.