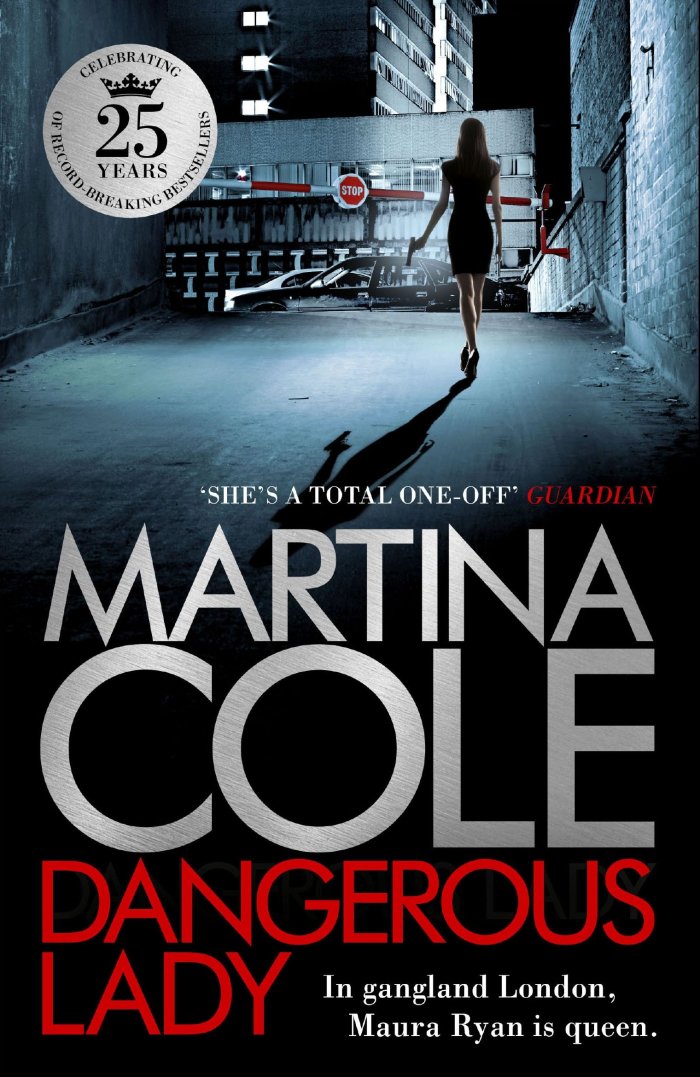 SYNOPSIS: No one thinks a seventeen-year-old girl can take on the hard men of London’s gangland, but it’s a mistake to underestimate Maura Ryan: she’s tough, clever and beautiful —and she’s determined that nothing will stand in her way. Which makes her one very dangerous lady.

Together, she and her brother Michael are unbeatable: the Queen and King of organised crime, they run the pubs and clubs, the prostitutes and pimps of the West End. With Maura masterminding it, they pull off an audacious gold bullion robbery and have much of the Establishment in their pockets.

But notoriety has its price. The police are determined to put Maura away once and for all —and not everyone in the family thinks that’s such a bad idea. When it comes to the crunch, Maura has to face the pain of lost love in her past —and the dangerous lady discovers her heart is not made entirely of stone. – via Goodreads

Oh man, I haven’t read these books since I was in high school, and I recently got a library card for the library down the road from me (amazing, first one I have had since I was a young girl). When I saw this on the shelf, I was like REREAD TIME! It had been so long that I remembered bits and pieces, and thought it was time to look at the overall whole again. So damn pleased I did.

Martina Cole usually writes about the gritty London underbelly, and I read a lot of her books in high school. They won’t be for everyone. However, I do feel that this book stands above her others (and I am not a huge fan of her work in general). It’s excellent. Dangerous Lady is a masterfully crafted affair. It is a whole family that rises above, takes over London, rules over an empire. You all know how I love my mobster style stories. This was no exception.

There are an abundance of characters littered throughout this book, but you never get lost and forget them, and I feel that that alone is masterfully crafted. Maura, too, is a fantastic character. She is a unique character, a strong woman, who rose higher than what society said she was allowed to for her era. She is complex, and remains so throughout. The relationship between her and Michael is really something, too, as those two are thick as thieves.

The writing flows smoothly and the way the plot is presented and how time advances throughout the novel to tell the story of the Ryan family is good, too. It just fits. You cannot help but be drawn into this world, and it comes across and gritty, dangerous, and wholly believable. It just draws you in. The book doesn’t have a whole lot of twists, but that is alright. This is more of a family drama that comes to power and just overall great to read, especially when you take into consideration how old Cole was when she wrote this.

Overall Dangerous Lady is an absolutely absorbing read, has a great story and an array of characters and situations that will keep you hooked and it just barrels along. I loved every second of it and highly recommend this.