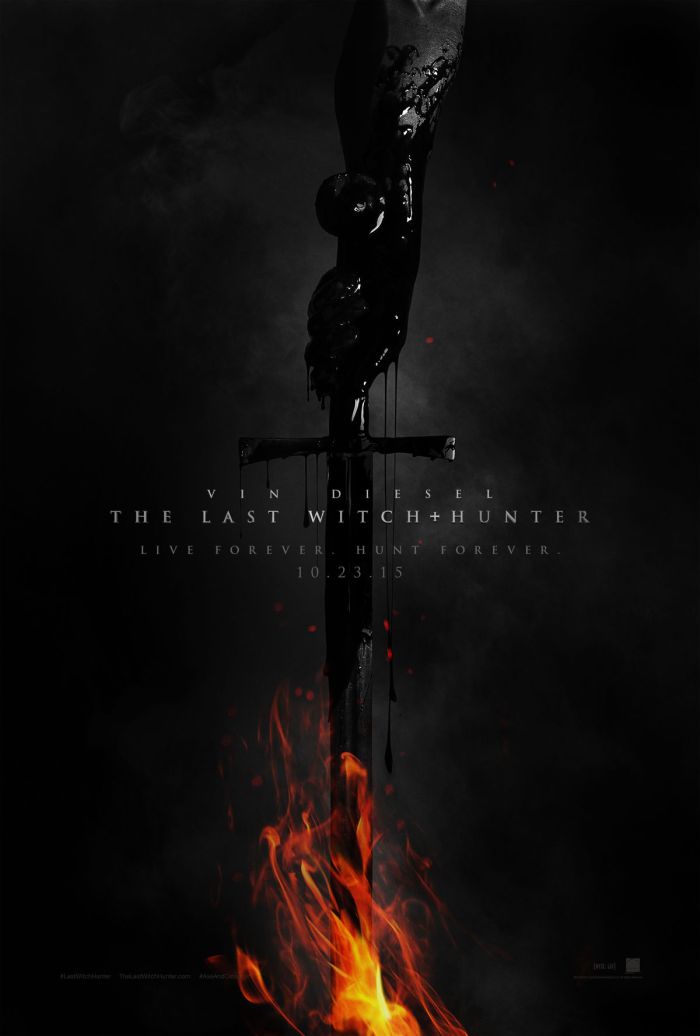 “Do you know what it’s like to live forever?”
– Kaulder

SYNOPSIS: The last witch hunter is all that stands between humanity and the combined forces of the most horrifying witches in history. – via IMDB

I didn’t have much hope for this movie, but it didn’t mean that I wasn’t interested in seeing it. For the lols, you know? It was an alright movie, nothing fantastic, but I think of many worse movies to waste time on. This one also had a cast that intrigued me, and they all did a relatively good job. It was good to see Michael Caine again, but disappointing that there is nothing fresh and new to bring to the table with his character. Vin Diesel doesn’t shock, either, and delivers the performance you expect from him as well as the character he represents. It was crazy strange to see him in all the scenes from back in the day. My husband was immensely disappointed when the movie flicked from the past into the present as we know it, he thought he was totally in for something else. However, it isn’t a bad thing that the movie was set in the present because the effects for the past and the sets and all were just… not good at all, but I could understand his disappointment when he thought he was getting this badass film about with hunters with swords and old school and stakes and all that. Nope, it was just not meant to be. Rose Leslie is, of course, beautiful, and holds her own here, though I feel that the role was somewhat beneath her talents. The movie boasts some terribly corny dialogue, this has to be stated. Like, there were times I cringed, times I actually just laughed, and other times I rolled my eyes. I think if people take this seriously, they are going to hate it. If they just want something to pass time and turn their brains off for, you can do worse (though granted, you can do plenty better, too). It’s just an average film that doesn’t break any boundaries, and never strives for brilliance, which is the pitfall. Oh, and some dodgy screenwriting. 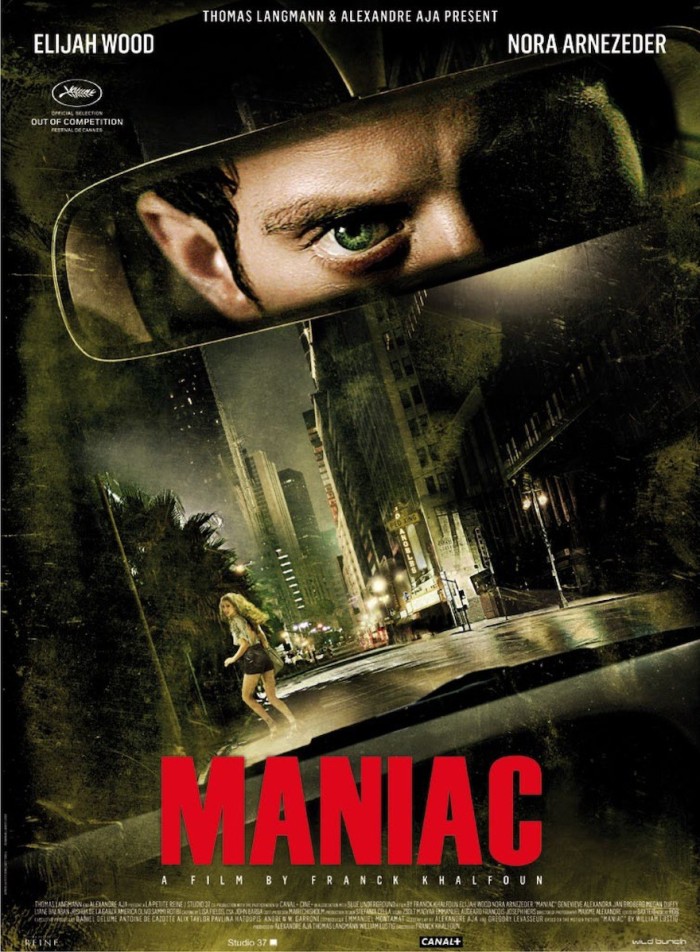 “I told you not to go out tonight didn’t I? Every time you go out this kind of thing happens.”
– Frank Zito

Frank Zito (Elijah Wood) is an mentally disturbed young man that is suffering through the traumatic loss of his mother, Angela Zito(America Olivo), however scarring she may have been in real life. He has inexplicable urges that he cannot quiet and that repetitively win out: he stalks women, hunts them, tracks them – then he moves in for the kill. He does so out of uncontrollable urges. They chase him down both awake and asleep – he is never free of them. As if the murders were not bad enough, he scalps his victims, and takes the hair home. Living in the mannequin store that he took over after his mother’s passing, he staples the scalps onto mannequins. He has his very own little world with his very own little characters.

Now running the store, Frank continues his craft of restoring the mannequins to their former glory. His unique shop captures the attention of a photographer named Anna D’Antoni (Nora Arnezeder). She photographs mannequins and gives them life that they did not have before that, and she wishes to use some of Frank’s mannequins for an upcoming exhibition. Frank seems rather taken with Anna, and he agrees to help her out.

Their friendship rapidly grows in Frank’s mind and he falls in love with Anna. Knowing he can never have anything normal, he does anything and everything that he can think of to suppress his deadly urges, including taking medication in an attempt to keep them in check. However, this all seems in vain when he learns that Anna has a boyfriend, Jason (Sammi Rotibi). Frank’s fragile world collapses in a heartbeat, and he struggles to regain control. He quickly starts to devolve, and cracks break into chasms in his life and he is battling to get everything under control.

Will Frank manage to win out against his psychopathic tendencies? Will he be able to restructure his shattered and damaged life as well as get the girl? His future seems unstable at best, but will he be able to get a handle on it and shape it into what he wants?

A 7.5/10 for Maniac. I went in blind with this one. I was not sure what to expect or even completely what the film was about, just that it is about some crazy stalker dude. I was impressed, let me tell you that. I liked how the whole film was shot from Frank’s perspective – you see what he is doing, you listen to him breathe, run, walk, the whole nine. I like how they stuck to that, and were consistent in the only sightings of Frank being when he caught himself in the mirrors, etc. He is like all Norman Bates like with some serious mommy issues that plague him eternally. There is a part of him that craves normality and then there is the other half that will not let him have peace. The camerawork was cool, and the way things looked was also impressive. The acting was alright, and the story kept you interested and never really got boring anywhere along the line. More often than not you are sitting there like “what the hell man?!”. Truly one of the more fresh films I have seen in the genre, and I would recommend it – chilling. Good job!