Rob returns this morning with another silent movie from Alfred Hitchcock! Such a trouper for going through so much silence! 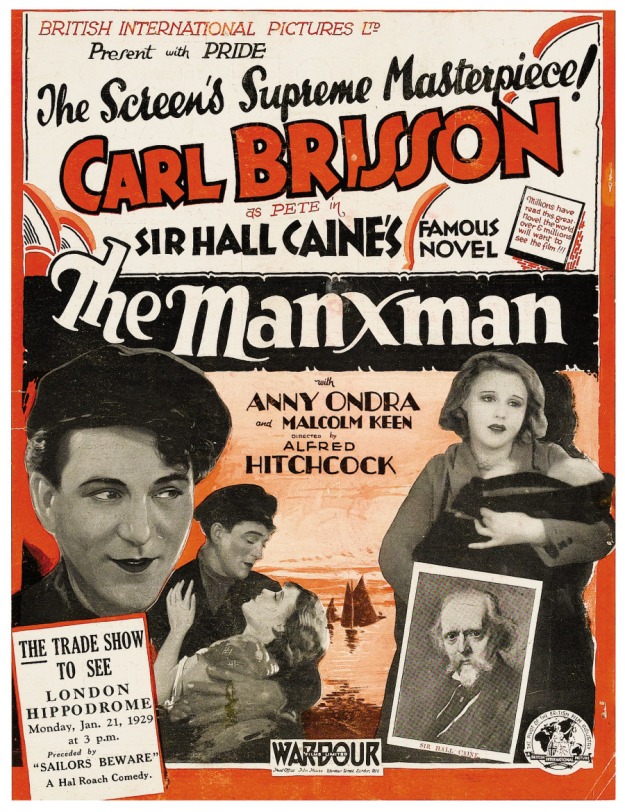 For the 9th review of our Alfred Hitchcock  blogathon, I bring you another review written by me. This time, it’s for Hitchcock’s final silent movie, The Manxman (1929)

For my 4th and final Hitchcock silent film (thank to whatever deity you all believe in or not), I was saddled with reviewing another love triangle story by the master of thrillers.

Once again, this was prior to him becoming known for his thrillers because it is no where even close to being one.

However, the story is actually quite good except for being a bit long.

The basic premise is this: Two best friends (Pete and Philip) who are never apart and always watch the other’s back have their friendship tested when Pete travels to South Africa,and Philip promises to look after his girlfriend (Kate).

After a few weeks and later months, the two also fall in love (Philip and Kate), but they don’t know how to tell Pete the truth.

This leads to even more complications that I won’t even try to explain here. (unless spoilers are requested in the comments)

The themes that are explored here that I enjoyed in this movie were the ideas of how far can friendships go and who can you really trust.

The title struck me as odd until I realized that perhaps it is meant to be Man X Man (basically brother against brother).

Thankfully, this was Hitchcock’s final silent movie, but of the 4 I saw this was clearly the best eventhough it was slightly longer than it perhaps should have been.