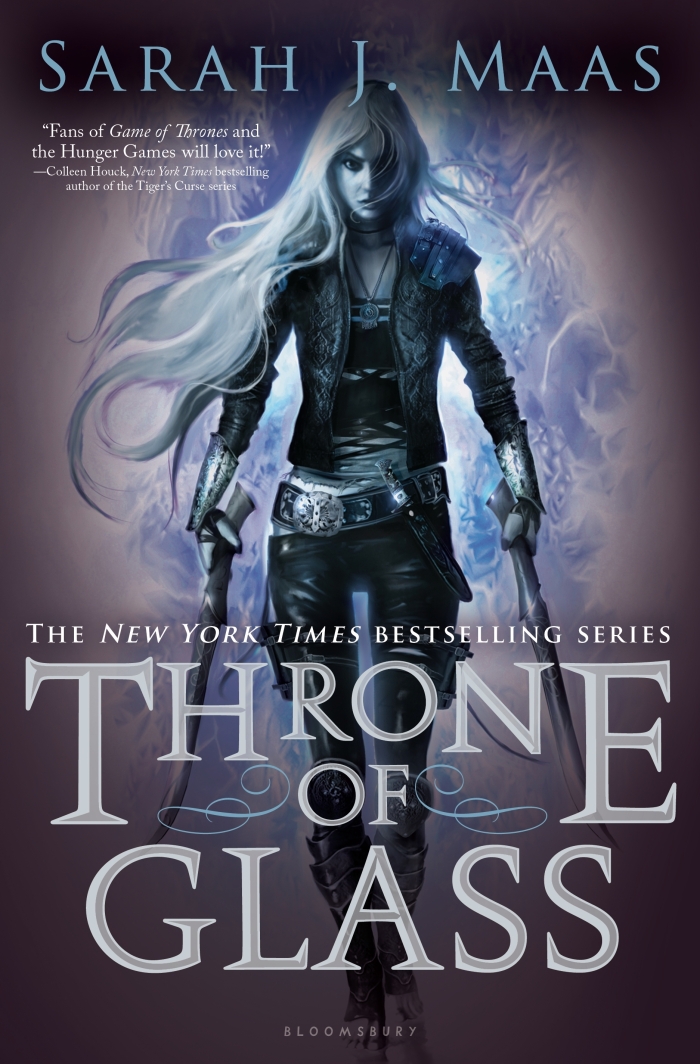 SYNOPSIS: After serving out a year of hard labor in the salt mines of Endovier for her crimes, 18-year-old assassin Celaena Sardothien is dragged before the Crown Prince. Prince Dorian offers her her freedom on one condition: she must act as his champion in a competition to find a new royal assassin.

Her opponents are men-thieves and assassins and warriors from across the empire, each sponsored by a member of the king’s council. If she beats her opponents in a series of eliminations, she’ll serve the kingdom for four years and then be granted her freedom. Celaena finds her training sessions with the captain of the guard, Westfall, challenging and exhilarating. But she’s bored stiff by court life. Things get a little more interesting when the prince starts to show interest in her … but it’s the gruff Captain Westfall who seems to understand her best.

Then one of the other contestants turns up dead … quickly followed by another. Can Celaena figure out who the killer is before she becomes a victim? As the young assassin investigates, her search leads her to discover a greater destiny than she could possibly have imagined. – via Goodreads

Well, after the pain and suffering that was the Court of Thorns and Roses books, I have been super reticent about checking any more of Maas’s work out, though I have wondered about this series off and on for years. Seriously, after that flipping A Court of Mist and Fury (truly, fuck that book to the ends of the earth), I was not even remotely interested. Natasha realised that I had a major issue with Maas after that, and when she read these, she loved them, but kept it low key and didn’t even remotely recommend that I check them out. So, with no pressure, I eventually needed something to read recently and was really in the mood for some fantasy. That is how we ended up here.

Well, this is a totally different beast compared to the ACOTAR series. For one, I actually liked it. For reals. Yes, sure, the book is still plagued with the typical Maas issue of being far longer than necessary, but aside from that, I was actually interested. The book is also really easy to read, and just breezes by, even though it is a touch long. There is, of course, this little love triangle that crops up in it, and it almost feels that it didn’t strictly need to be in it.

Celaena is not a nuisance, and I quite liked her. I know that she is cocky and self sure, but this is not necessarily a bad thing – she has spine and oomph, and I like that. Then there is Chaol, and this is the horse I was backing! Yes, Dorian is beautiful and charming and all that (and I certainly want so much more of him and did love reading about him and Celaena), but Chaol is the one that I was all for. He challenges her and sees her and just… they click really well together. That being said, I would love more Dorian. The competition that we get in this to set everything up is not quite as hardcore as one would expect, and fluctuates between being written about in a lot of detail or being glossed over. The third act with all its reveals and all that is where things really start rolling, and sets up for a lot more to come.

Overall, I quite liked Throne of Glass. There is a lot of potential to be found in this series, and I am interested to see where it all goes. I totally did not expect to like these books at all, but so far, so good! Yes, a little long winded, and Maas still has a really nasty fixation on vomit, but neither of those detracts from the story. I will most certainly be reading more in this series.