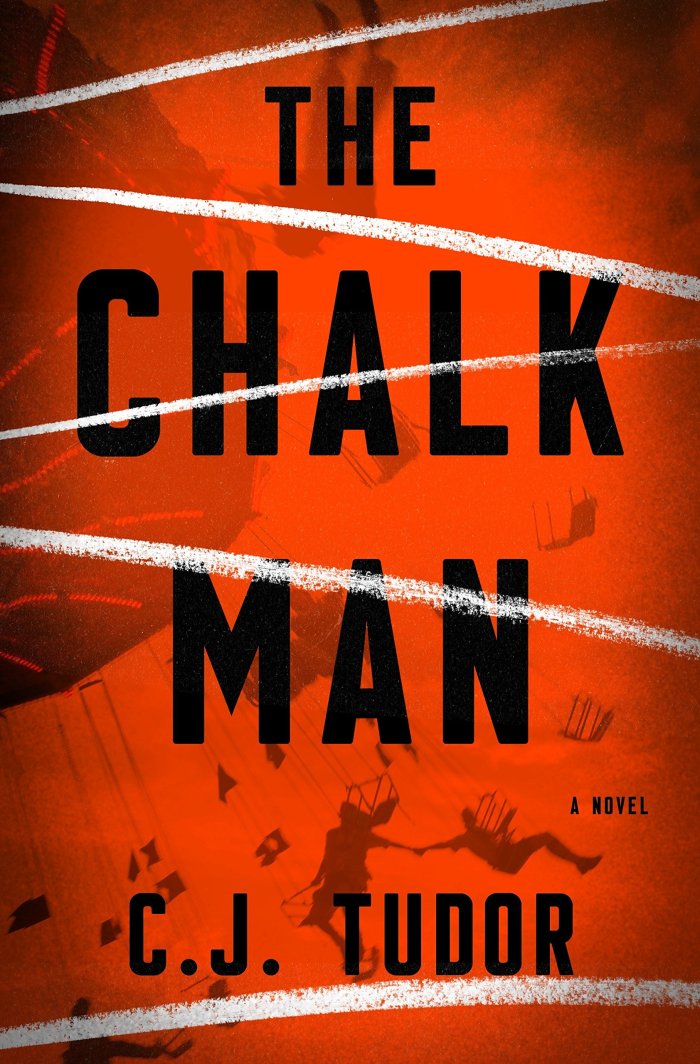 SYNOPSIS: None of us ever agreed on the exact beginning.

Was it when we started drawing the chalk figures, or when they started to appear on their own?

Was it the terrible accident?

Or when they found the first body? – via Goodreads

So my extreme book hangover following The Infernal Device trilogy left me confused and lost. I was floundering when Luke recommended I check out The Chalk Man. As I am one who takes suggestion seriously, I rooted around my Kindle until I found it again and set out to see what it was all about, as I remember rave reviews for it and a lot of advertising for it when it was originally released.

The Chalk Man reads very easily. It is slow paced and uses this to set up a pretty damn creepy vibe; it’s hopeless and damning and draws you in. It is not necessarily a scary book, and not the most fascinating, yet it keeps you going the whole way through. The story juggles two timelines, and this is one of those times were both timelines were handled well. There was not too much of the one or too little of the other. They trundled along neatly and it all worked out.

I don’t feel that the book featured an awful lot of likeable characters though. Okay, so maybe none. They all sucked, and reading about the constant alcoholism was also a little much at times. The story gives its secrets up bit by bit, and it works. The book was insanely bigged up here from the marketing and all, so I was a little wary that it might fall flat, but this was not the case. Okay, so maybe not the most amazing book ever as it was proclaimed to be or anything, but I had no regrets checking it out. I had a good time reading it. I liked how easy it was to read and how engaging the story was, even though at times it was a little predictable.

I think that The Chalk Man is also really well written, especially when you find out after the fact that this is a debut novel. I will certainly be keeping my eyes peeled for more of Tudor’s work, and I can recommend this for a read. While I might not be as hyped for this as some were, it is definitely worth a read. Thanks for the recommendation Luke!