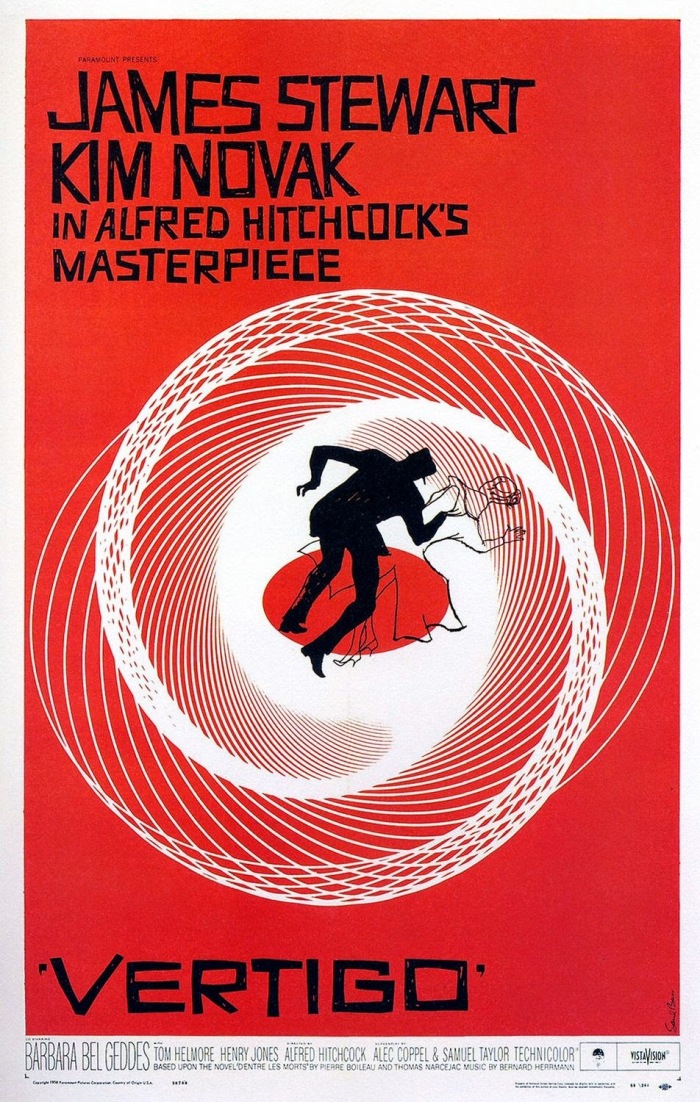 “Here I was born, and there I died. It was only a moment for you; you took no notice.”
– Madeleine

SYNOPSIS: A San Francisco detective suffering from acrophobia investigates the strange activities of an old friend’s wife, all the while becoming dangerously obsessed with her. – via IMDB

Ha, finally another Hitchcock off my list, and this was another one of the good ones. I enjoyed this one quite a bit, and will admit initially it was like just a little mystery, like what is going on, and then the last thirty minutes devolved into a nice, creepy type, so that definitely works.

I really likes James Stewart, and think he is a great actor. He definitely fits here and brings a lot to the table, and works really well with Kim Novak, who is truly beautiful and suits this strange role rather well, though her eyebrows are absolutely insane. There, I said it. I found them to be super distracting.

The story is not rushed, and is well paced. The movie doesn’t feel as long as it is, and gets things going from explaining John’s vertigo, and then moving on to his task of watching over a friend’s wife, and where an unhealthy obsession begins. I didn’t feel like the movie dragged anywhere, so that is cool. Vertigo features a pretty cool trippy scene, which is so old school, but it works so well with this. The music, too, works and succeeds at building tension.

I liked the friendship between John and Midge, though it was sad to know that she was so in love with him and his feelings certainly weren’t mutual, but they were close. I feel that the romance was rushed in the beginning (typical of these films, maybe people just feel in love different back in the day), but it grew into something else later, and watching John’s obsession and controlling behaviour later was certainly creepy.

Maybe not my all time favourite Hitchcock (and I still have many to see), but overall I thought it to be engaging and done really well. Stewart and Novak truly fill out this movie, and push that tense darkness through the whole time, never missing a beat. It is shot well and keeps you interested throughout, so all in all, well worth the watch.