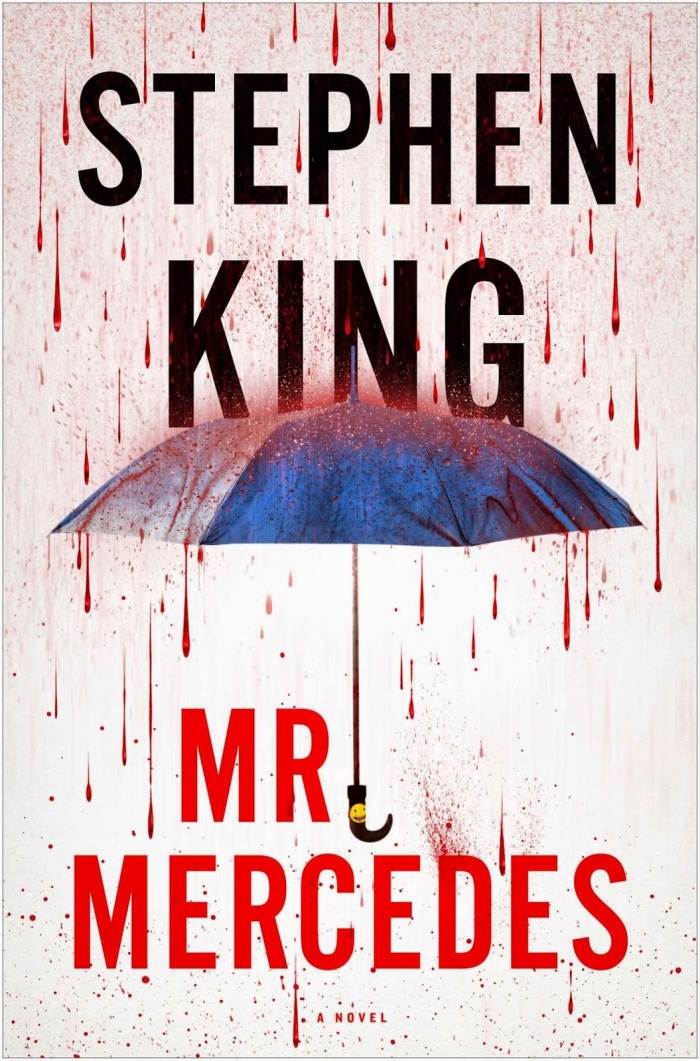 SYNOPSIS: In the frigid pre-dawn hours, in a distressed Midwestern city, hundreds of desperate unemployed folks are lined up for a spot at a job fair. Without warning, a lone driver plows through the crowd in a stolen Mercedes, running over the innocent, backing up, and charging again. Eight people are killed; fifteen are wounded. The killer escapes.

In another part of town, months later, a retired cop named Bill Hodges is still haunted by the unsolved crime. When he gets a crazed letter from someone who self-identifies as the “perk” and threatens an even more diabolical attack, Hodges wakes up from his depressed and vacant retirement, hell-bent on preventing another tragedy.

Brady Hartfield lives with his alcoholic mother in the house where he was born. He loved the feel of death under the wheels of the Mercedes, and he wants that rush again.

Only Bill Hodges, with a couple of highly unlikely allies, can apprehend the killer before he strikes again. And they have no time to lose, because Brady’s next mission, if it succeeds, will kill or maim thousands.

Mr. Mercedes is a war between good and evil, from the master of suspense whose insight into the mind of this obsessed, insane killer is chilling and unforgettable. – via Goodreads

This is yet another of those books that I have been meaning to read and just never got to… I am seriously starting to contemplate a book blind spot list alongside my movie one! Anyway, I have thoroughly been enjoying the King books I have been reading recently, and decided that now was a fantastic time to dip my toes into this trilogy, and boy, I wasn’t wrong!

King, as always, weaves some truly interesting characters. These didn’t necessarily feel as nuanced as some of his other works, but they were good. I really liked Jerome, he was a really good character, and I thoroughly enjoyed reading about his interactions with Holly as well as Hodges. Holly, too, was a character I grew to like a lot, as I was rather suspicious of her initially. Hodges and Janey have such a lovely relationship, and it was something I did look forward to.

Mr Mercedes is a book that gets down to business relatively fast. There are characters we meet, they get killed, and the story gets underway. The books breezes by really quickly, too, so it just gets into the swing of things, and reads as though this is not the first instalment in a series, which is an art to be appreciated. The humour, too, was pretty solid here, and I had a few smiles throughout. I also really liked the Judas Coyne reference that was thrown in here by King – little Easter eggs like that are thing I super enjoy in his world.

Brady is an engrossing villain, too. I was hooked reading all his pages, though he made me sick. Without a doubt he was definitely off his rocker in some fundamental ways, and it was so sad to read about his childhood – not for him, but for Frankie. The relationship between him and his mother is proper disturbing, too.

Mr Mercedes might not be King’s greatest work, but it is definitely still well worth the read. It flows well, has a good story and it is interesting, and is peppered with characters you will get involved with and invest in. I will definitely be checking out the other books in this series.