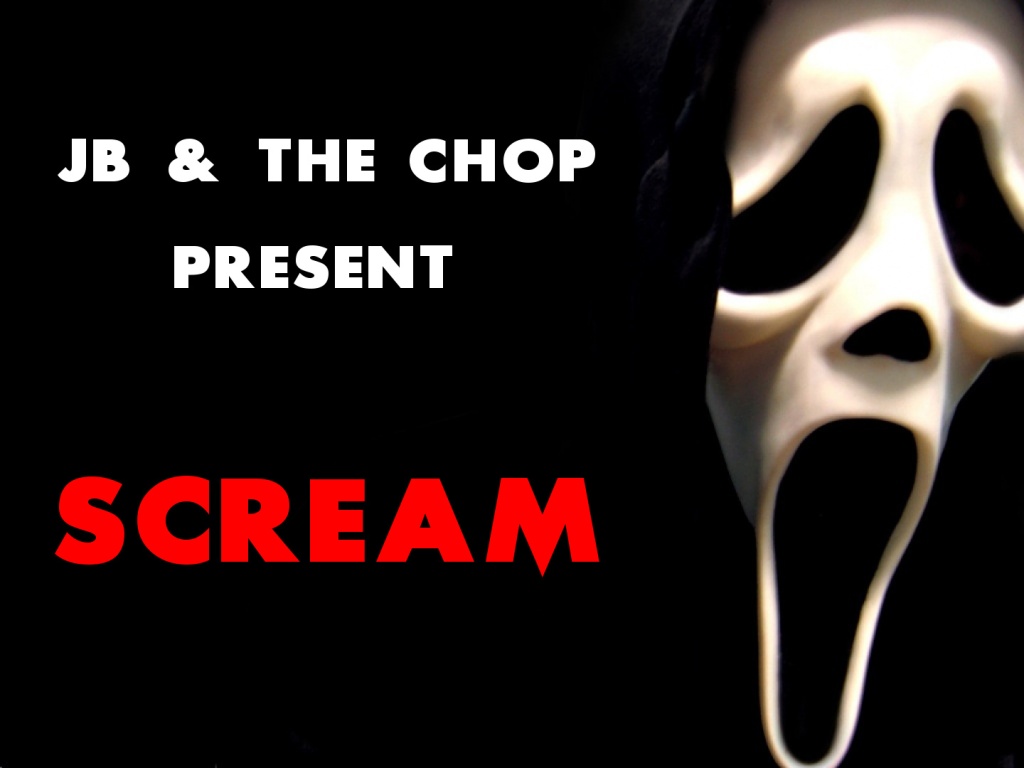 “A year after running over a fisherman and dumping his body in the water, four friends reconvene when Julie receives a frightening letter telling her that their crime was seen. While pursuing who he thinks is responsible for the letter, Barry is run over by a man with a meat hook. The bloodletting only increases from there, as the killer with the hook continues to stalk Julie, Helen and Ray.”

SYNOPSIS: Two years after the first series of murders, a new psychopath dons the Ghostface costume and a new string of killings begins. – via IMDB

For The Good Reader / Zutsonian with a keen eye (it seems paying attention these days is something a lot of people aren’t fond of) the team-up for the first Scream we put out was drafted over two years ago. Since then, I have spent over a year in a foreign land, living in a hotel and eating shit food until a few months ago when things started calming down and I was able to get a laptop back in action. Note: I am NOT fucking patient or OCD free enough to try and do posts on a tablet or phone. Anyway, since time is still precious, my entry here will probably be written in two parts before it goes live, so here’s Part One.

“A guy can’t even take a fucking piss….” that’s actually a quote from Angel Heart (maybe not [sic]) and it may or may not apply here but, I thought it was laughable that these two fellows were off pissing in their ROBES and MASKS setting up the first kill.

Watching this, It’s not so fucking 90s as I remember the first one being but it’s weird seeing a bunch of these folks so young and skinny. I’m a huge fan of Ray Donovan (Liev Schreiber), Timothy Olyphant (you name it), Portia de Rossi (married to Ellen DeGeneres) (or was, that could have changed since I paid attention) but what I thought was the most funny thing, Rebecca Gayheart… I remember when I was a kid, having the hots for her in her OxyClean or Noxzema face cleaning ointment commercials. That picture, while digital, is probably older than JB. 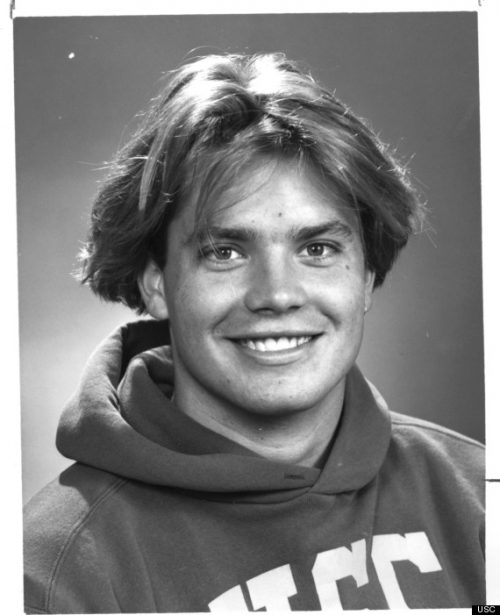 Speaking of Timothy Olyphant, I see he’s wearing some sort of shirt and has a visible sleeveless undershirt on underneath it. I’ve never understood this. My lifelong understanding of wearing an undershirt was to prevent your armpit sweat from showing or staining your good shirt you have on to impress people. What’s the fucking point of not covering your armpits? Why wear two sets of shirts for no reason. I guess, if these things aren’t popular overseas, here’s what I’m talking about:

Jeez, nice thighs, man. The movie? I think I liked it more than the first. I liked the new cast better and it was “less 90s”. Plus there was some Foo Fighters in there. You can’t go wrong with a little Foo. It was basically the same story as the first, with more blood – which is something they talk about early on in “Film Study”. Now let’s pass the mic over to JB. Oh, since I know JB loves GIFs, I better include one.

Sequels aren’t usually that good, we all know that. It is a topic that this sequel harps on about, and it is  actually successful. For one, I still had an absolute blast with this movie, how conscious it is of the type of film it is, how it mocks and taunts again, even after having done all those things. Scream 2 manages to pull it off. Hell, it even has a (really) brief glimpse of Joshua Jackson in it, so there aren’t complaints for me – except maybe that it could have been more Joshua Jackson????? I need eye candy too!

Screw it, I will provide my own… just the one, I swear…

Anyway, let’s get to the movie. Super big fan of having Dewey back, and watching him argue and snipe at Gale is adorable. Seriously, I absolutely love watching these two together. It is sweet and it is seriously funny, too! David Arquette and Courtney Cox have fantastic chemistry. Sidney Prescott is back and kicking some major ass again, not to mention Gale laying down the law, too. There are a lot of throwbacks to the first movie here, but it all works. Scream 2 knows what it is and apologetically rolls with it.

THE UNFORGIVABLE DEATH OF RANDY MEEKS

This! Fuck! Why?! This still rankles. I get why it would happen (do I really???). Doesn’t mean I gotta like it. And I don’t. I hatessssss it!

Gale develops quite a bit more in this one, which is good. She’s still a bitch, but Gale is fantastic. Cotton Weary plays a bigger role in this one, but I still don’t like the damn creep. Icky, icky, icky.

We get tons of blood, tons of fun, tons of chases and tension and games, and plenty to quote. I thoroughly enjoy the humour in Scream, it just gels with me. In short, Scream 2 delivers everything you could want from a sequel.

Okay, this is the last one. I swear.