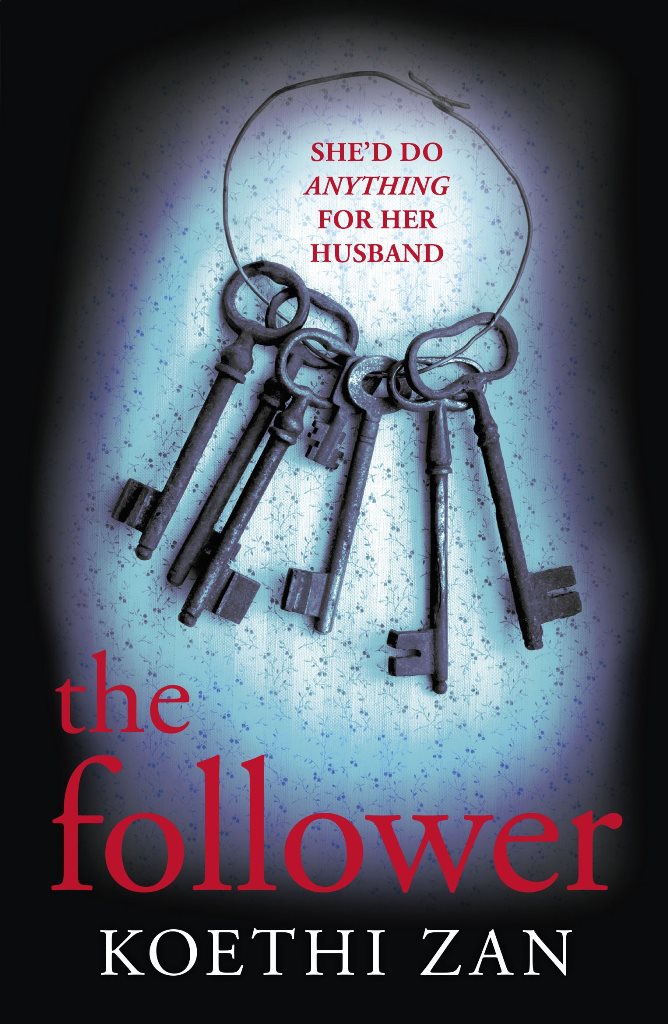 SYNOPSIS: SHE’D DO ANYTHING FOR HER HUSBAND.

Julie has the perfect life.

A kind boyfriend, loving parents and good grades. She has everything ahead of her.

Cora’s life is a nightmare.

A psychopath for a husband, a violent father and a terrible secret. There’s no way out.

But one night, their worlds collide.

Locked in an isolated house together, they must work out what has happened – and who they can trust to set them free. – via Goodreads

Well, what a read this has been! The Follower is a pretty quick read, and rather messed up. I do not say that in a disparaging way, you all know how I like a dark, gritty psychological thriller, and I must say that I feel Zan delivered on those fronts.

It takes a while for The Follower to find its rhythm, but when it does, the story barrels along. It maintains a creepy, depressing feeling to it the whole time, even though the actual horrendous parts are mostly glossed over. It is the setting and the snippets of information that we glean as we progress and the repercussions and consequences of actions that highlight the horrors that the characters have faced in the past, and what they are presently up against.

I must be honest and say that I did not like any of the characters in the book really. Adam is supposed to be one of the three main characters, but he just grated on me, and was unhealthily obsessed, and the biggest plot holes came from him without a doubt. Then there is Julie, and you would expect the kidnap victim to be more of a main character in this, but the shining glory all goes to Cora, which makes this book very strange. Julie you sympathise with, you want her to escape and overcome all the awful things that Cora and James are putting her though, but the book spends a large chunk of time focusing on Cora, and the damaged individual she is, and how exactly she got to this place in her life.

There is a lot of religious fanaticism going on here, and I am interested in reading about cults, and the people that get sucked into them. Unfortunately, most fiction in that genre doesn’t live up to that and doesn’t hold your attention. There is crazy cult like stuff going down here, and it is important, but mostly this book focuses of Cora, and how James and his crazy views have infected her life, and how she has internalised it all. It works though. The book is definitely very character driven.

I found The Follower to be quite a decent read. Not the best in this genre, but it was just fine. It takes a while to get into, but as soon as you get into the flow, it zips by. One of my biggest issues was the end though, but the book worked well enough to override my distaste for that close. Surprisingly, even with characters you either can’t relate to or just don’t like, the book remains engaging throughout.