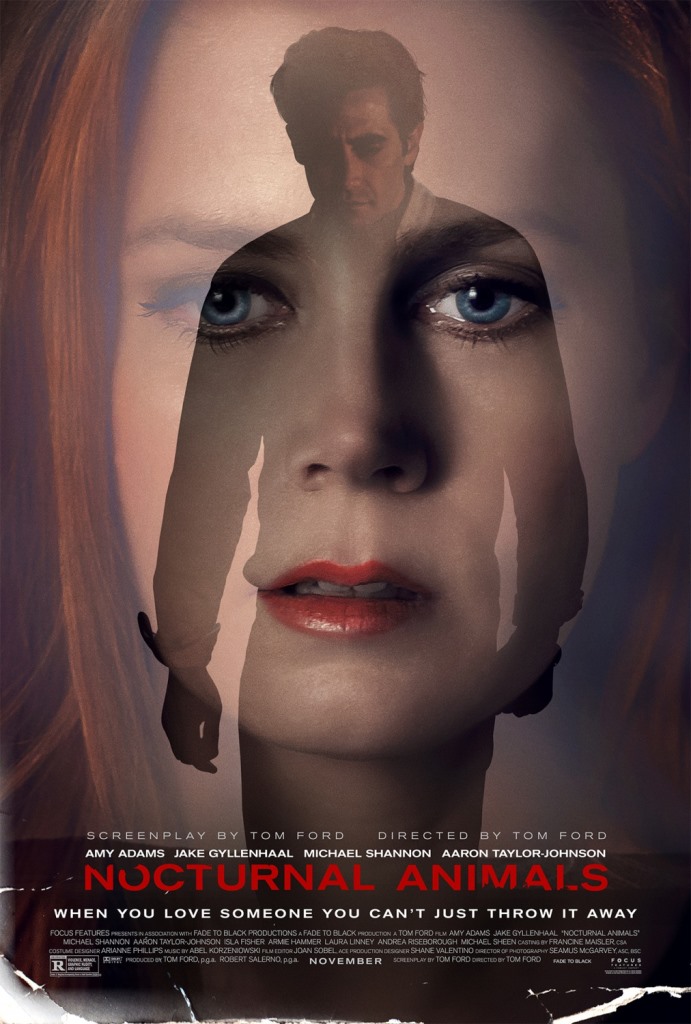 “Do you ever feel like your life has turned into something you never intended?”
– Susan Morrow

SYNOPSIS: A wealthy art gallery owner is haunted by her ex-husband’s novel, a violent thriller she interprets as a symbolic revenge tale. – via IMDB

Ah, Nocturnal Animals. Where do I even begin? I had forgotten about this completely, except Natasha wanted to check it out, and so we did. Goddammit, so we did. Two hours folks. Two. Nocturnal Animals is a pretentious pile of garbage that actually has some semblance of potential which is unceremoniously pissed away. The opening alone was just grotesque and came across as pretentious, right out of the gate. To shock, to inspire, to make you think that the movie has more depth than what appears on the surface? Screw that. It did not. Revenge tale, and that is that. Not even a good one, while we are at it, despite what it would have you think.

This also seemed like something I would like – dark and a thriller, plus Gyllenhaal? Ticked all the boxes. In fact, I liked the cast for the most part. The film is divided into three segments: the past, the present, the story in a novel. Three. Of these three, the novel coming to life is a fantastic revenge tale, a mysterious story that gets you worried and draws you in, and you feel for the main character of it, and are intrigued by his plight and the relationship he forms with the detective investigating the crime which the main character is a victim of. Awesome. But then there are the other two parts of the movie – the past and the present, and they are both boring and bland and just annoyed me.

My reception of the movie was not helped along by Amy Adams, whom I cannot stand. Her character was such a waste of space. Armie Hammer, too, felt like he was useless here – the script was so skinny. He was pretty much there for some aloof eye candy, and that is that. Gyllenhaal and Shannon are the stars of this, without a doubt. Aaron Taylor-Johnson, too, shone here. Every moment they were on screen, you were engaged. They were so good. A whole movie just about them and their segment would have been fantastic. Instead I had to sit through all that drivel and possibly one of the worst endings I have seen in my life.

I see this movie being lauded as dark, thought-provoking, deep. Pretentious, I will say it again. The movie is not as deep as it wishes to be, and because of that comes across as desperate. While we are at it, it is generic and brings nothing new to the table. I cannot in good conscience recommend this to anyone, though I am aware my opinion is in the minority.