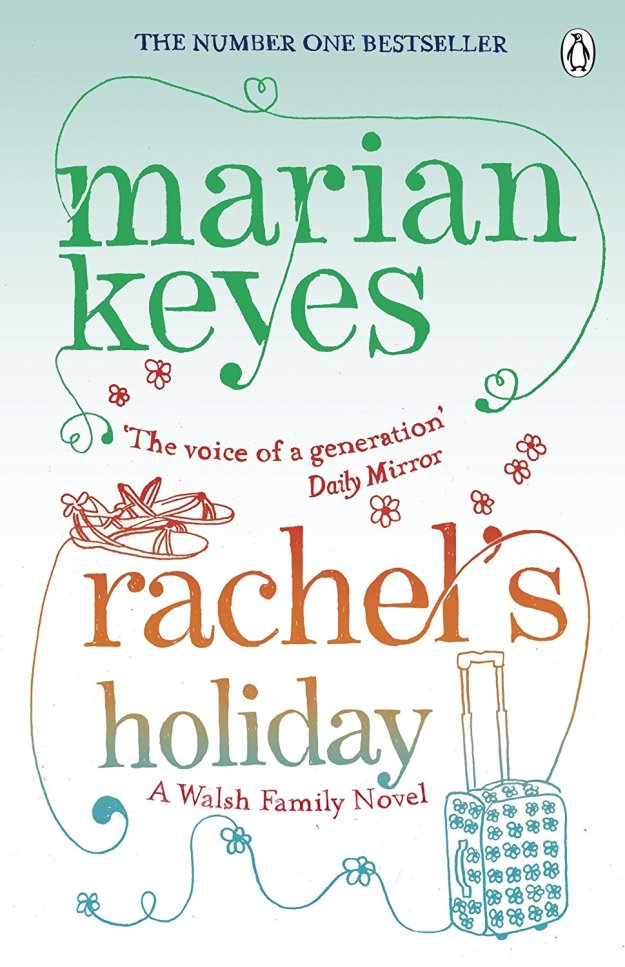 SYNOPSIS: The fast lane is much too slow for Rachel Walsh. And Manhattan is the perfect place for a young Irish female to overdo everything. But Rachel’s love of a good time is about to land her in the emergency room. It will also cost her a job and the boyfriend she adores.

When her loving family hustles her back home and checks her into Ireland’s answer to the Betty Ford Clinic, Rachel is hopeful. Perhaps it will be lovely—spa treatments, celebrities, that kind of thing. Instead, she finds a lot of group therapy, which leads her, against her will, to some important self-knowledge. She will also find something that all women like herself fear: a man who might actually be good for her. – via Goodreads

I didn’t know this book was part of a series, to be honest. I checked it out because Natasha reads a lot of Marian Keyes’s work, and she quite enjoys it. My ex boss did, too, so I figured “why not?”. Now, there are things that I like a lot about this, and other things that I absolutely resent. For one, really liked the way Rachel was an addict, and I mean good and proper. She refused to acknowledge her issues, would do anything to avoid responsibility or owning up to anything that is going on around her, has hurt so many people around her, and resents so many people. Her denial is palpable. Also, to see how the other patients at the Cloisters treat her is great, and to see how addicts can band together is also something. Luke Costello was the only decent character, too, while we are at it. Man, this character rocked, and I could have read quite a bit more about him – what a total sweetheart! But then there are flaws. I think the two biggest offenders are that Rachel and the other characters are totally unlikable, and then there is the sex. This really got to me, as it was constantly present – whether Rachel was lusting after some guy, using sex to fill a void, or talking about the crazy sex she had with Luke, or wanting to strip down naked and bang Chris, there was too much going on the whole time. And she hates every other girl for potentially being more in line with getting laid by some men. Ugh. It was awkward and uncomfortable, and I was not a fan. Yes. Prude. Whatever. Rachel’s Holiday is a decent read, although it drags on much longer than it needs to. I guess this could contribute to the whole thing of undertaking the journey with Rachel, of her addiction, etc. It is a field I am really interested in, hence I thought I would like the book more, but the overkill of sex was just too much for me. Not awful, and I might even try something else by Keyes, but her work isn’t really my favourite. However, as cliché as the end was, I really enjoyed the heck out of it, grinning like an idiot and all.