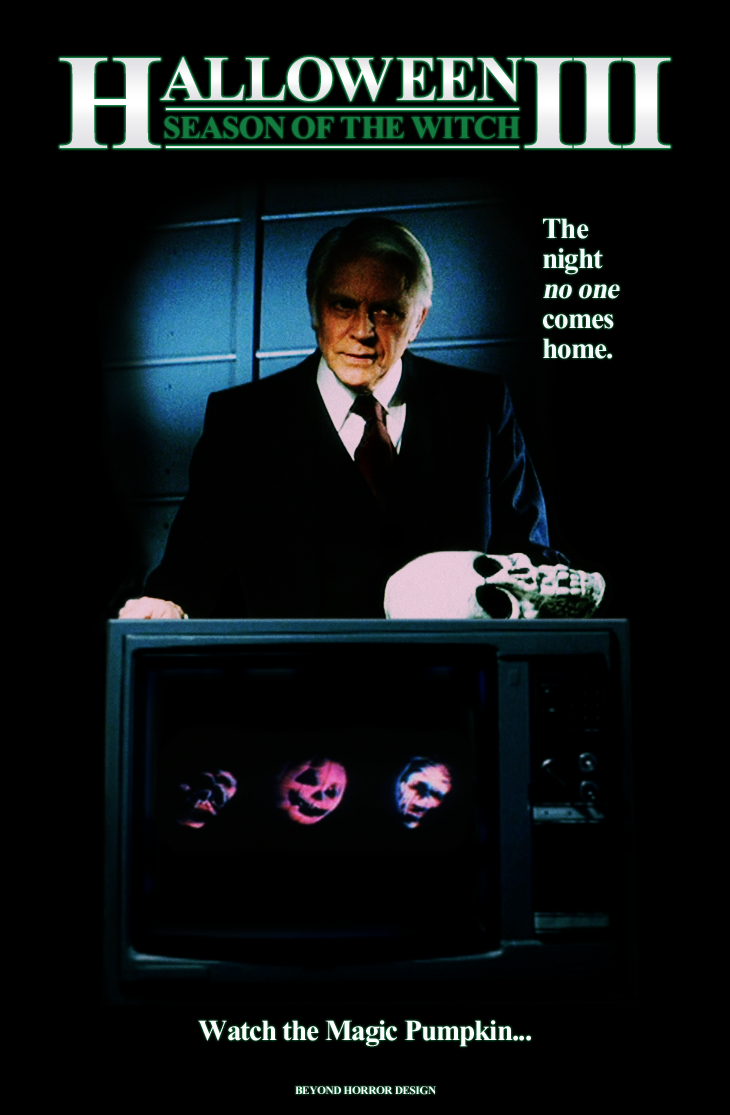 There was a lot of this:

And not enough of this:

What the fuck?! I’m sorry, I can’t even be civil about this! What the hell was the meaning of this?! This is the only movie in the Halloween canon I haven’t watched (I have seen all the Michael Myers ones), so when I popped this in, I thought I was getting a new film on Mikey. Well, no. I guess not. I spent the next 100 minutes having my teeth kicked in. Like, you know when a movie is so insulting you are actually offended when it is over? That was this hunk of junk for me. My husband (who luckily did not have the misfortune of watching this crap with me) spent the rest of the night laughing at me and my shock, horror, and incredulity that I had actually watched something this useless. This is Shitfest bad! Gosh! Okay, let’s even forget that there is no Michael Myers, and just go by the merits of the film – it still blows. I really tried to like it (because I love old school horror, so initially I was not phased by Myers being absent – this still had potential). There was this ridiculous “romance” squeezed in, which I think was just there to cover some sex for the movie (no jokes). The relationship was really creepy and forced, too. The movie had no idea where it was going, and stumbles all over the show while trying to find its feet. Sadly, that meant I was stumbling with it. It takes forever to sort of uncover what the bullshit story line was for this, and it is filled with superbly unlikable characters, so it is glaringly obvious that there is no solid story line because you don’t even like these people enough to chill with them while you figure it out. The writing is absolutely godawful, and there was so much illogical crap going down at any given moment, I just couldn’t anymore. Like, I see what they were going for here, but there was just way too much wrong with it. Just because this movie tosses in a few scenes of the last two Halloween movies in it on the TVs in this movie, does not mean I am okay with it being in the franchise, Let’s talk about the last bit of this movie – how many fucking times can it try to kill this guy and have him escape?! I know that is a common theme for horrors – but this surpassed the average rate exponentially. The only redeeming quality of this movie is probably the score, it’s actually really good. Anyway, useless movie that is bad even if it wasn’t ill placed in the Michael Myers canon, and one that I would highly recommend you skip.