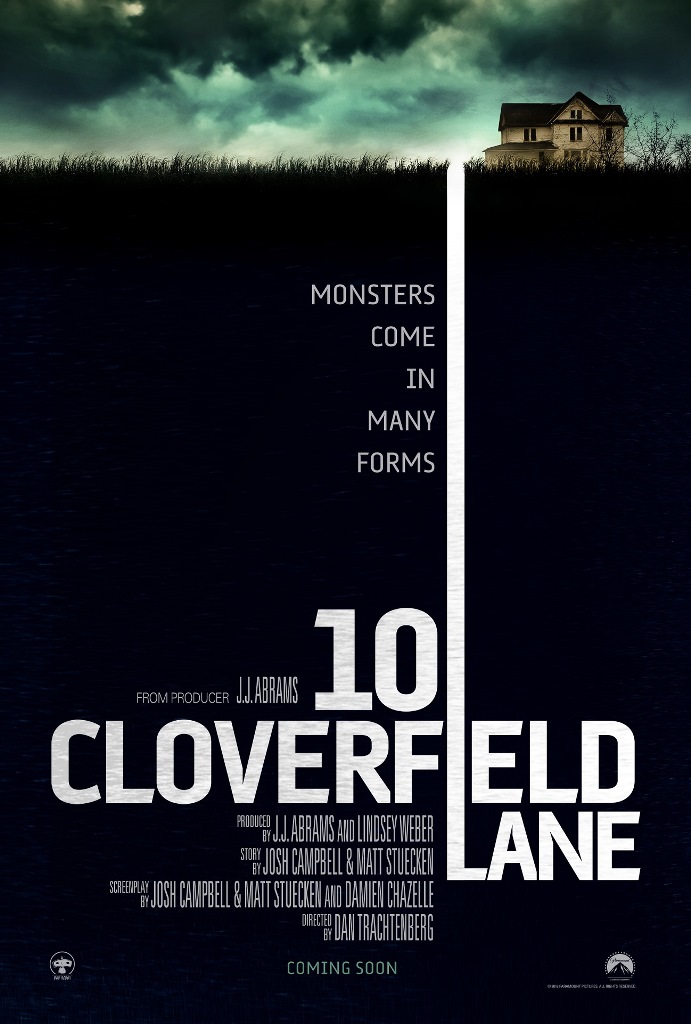 “People are strange creatures. You can’t always convince them that safety is in their best interest.”
– Howard

SYNOPSIS: After getting in a car accident, a woman is held in a shelter with two men, who claim the outside world is affected by a widespread chemical attack. – via IMDB

Alright, so we all know I wasn’t particularly sold on Cloverfield, much as I had  hoped I would be. When I saw 10 Cloverfield Lane, I wondered if they had anything to do with each other, and then saw that it was some type of sequel/prequel, but not, and no found footage, and it seems that it interested people. Naturally, that piqued my interest and I got off my butt and watched this. Finally. Let me tell you, it was totally worth the wait. John Goodman was perfectly menacing and creepy, and was certainly a strange, twisted character. Mary Elizabeth Winstead and John Gallagher Jr are both also really good here. The cast is essentially just the three of them, and they each carried their weight just so, making the dynamics worth a watch. 10 Cloverfield Lane will also keep you guessing throughout the film – is Howard cray cray? Is Michelle being held captive or is there really some attack going on out there? How exactly does Emmett fit in? Who is right? Who is wrong? Who do you trust? Come on, the questions go on and on. I went in hoping that this would be alright, and it was much better than expected. There was never one dull moment for me, and the tension in the bunker was ongoing, and never really let up. I don’t really want to say too much about this movie, because I really don’t want to spoil it. All I know is that the movie was put together really well – it was shot well, the performances were solid, the guessing games were mad, and the sense of confusion was real, because knowing what is going on is incredibly obscured throughout the film. The most important thing to know is that 10 Cloverfield Lane is entertaining, that it is done really well, and is worth looking into.