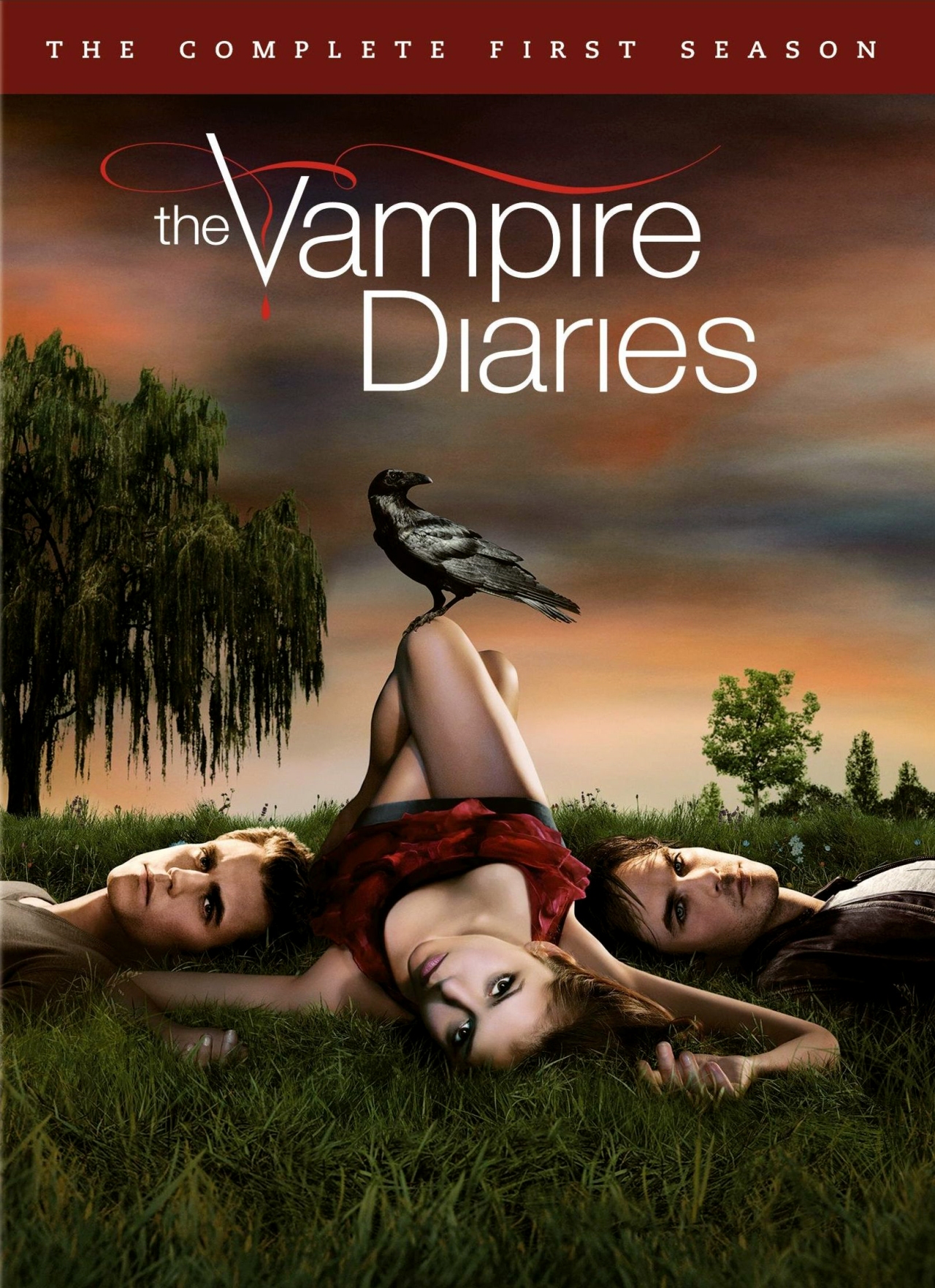 Coercion. That is how I ended up here. That, and Natasha’s penchant for teen drama 😉 So, right off the bat, let’s not even try to pretend this is anything other than a teen drama. It also has one of the worst opening (half) seasons ever. It takes forever to even try bring in some stories, and instead spends a chunk of time focused on a depressed girl and her crazy obsession with the new boy, who happens to be a vampire. At least this is not the same unhealthy crap as Twilight, I would just like that to be say. Elena Gilbert might be sad and all that, but she moves on, and as much as she loves Stefan, she still has some wits about her. It’s not just about being with him forever.

Eventually the season finds traction and moves on and actually becomes quite entertaining. Moving on – I am a huge fan of Damon Salvatore. I came for the mindless television watching, and unashamedly stayed for him. He is just immensely awesome. He is such a toolbag, but spends no time even remotely trying to hide it, and the show succeeds in making you take some time to warm up to him, which suits him completely. I also love the relationship between the brothers. It sure as hell is not an easy one, and they hate each other, yet they exclusively hold the right to execute the other. Goodness forbid someone else tries to do this.

The Vampire Diaries has so many characters going at any given moment, but you grow to love or hate them. I absolutely cannot stand Vicki Donovan and Caroline Forbes. Vicki is a nuisance, and Caroline is so weak and whiny and useless. Jeremy is whiny, but changes. Tyler Lockwood is also a total douchebag, but when you see what his home situation is, you are a little more tolerant of him being a dweeb. Bonnie is a character I thoroughly enjoy, though it takes some time for her to get into her things. I am pleased as punch with the addition of Alaric – really cool character and I like him and Jena together a lot. Man, I am going to stop here. These are just some of the characters.

I thought the plot to take out all the vampires in town was hectic, and it was great to see how the brothers will go to extreme lengths to protect each other. I gotta say, when they stand together, it is absolutely brilliant. Let’s take a second to look at the whole concept that Elena’s real dad is actually her “uncle”, and that her mother is a vampire, a woman who was at one point Alaric’s wife. This is just messy and nasty, yet they rolled with it, and so it worked with the show. There are so many little plots littered all over the show, but they are all pretty interesting.

I like how Elena and Damon start becoming friends as the show progresses, although they are never really tight. It gets me that all the time how Damon is always the one doing the big, difficult things that Stefan can’t (especially for Elena), and yet he is still treated terribly. That being said, what he did in connection with Lexy was heinous and unforgivable. But moving past that, there is so much more to him. I do think that Elena and Stefan work absolute wonders together, and complement each other every step of the way. Also, things aren’t too sloppy between them that all you want to do is retch watching them, which is great. On the other hand, Elena has fantastic chemistry with Damon.

There weren’t too many plots going on in this season, and it was a little messy, what with a lot of the characters having partners then not then having again (Jena and Jeremy are the main culprits here). Anyway, this is the kind of the show that is mindlessly entertaining. Though the first season starts off quite rocky, it finally does find its feet and build momentum, and the mood is dark and broody, so I can totally see why this appeals to adults.