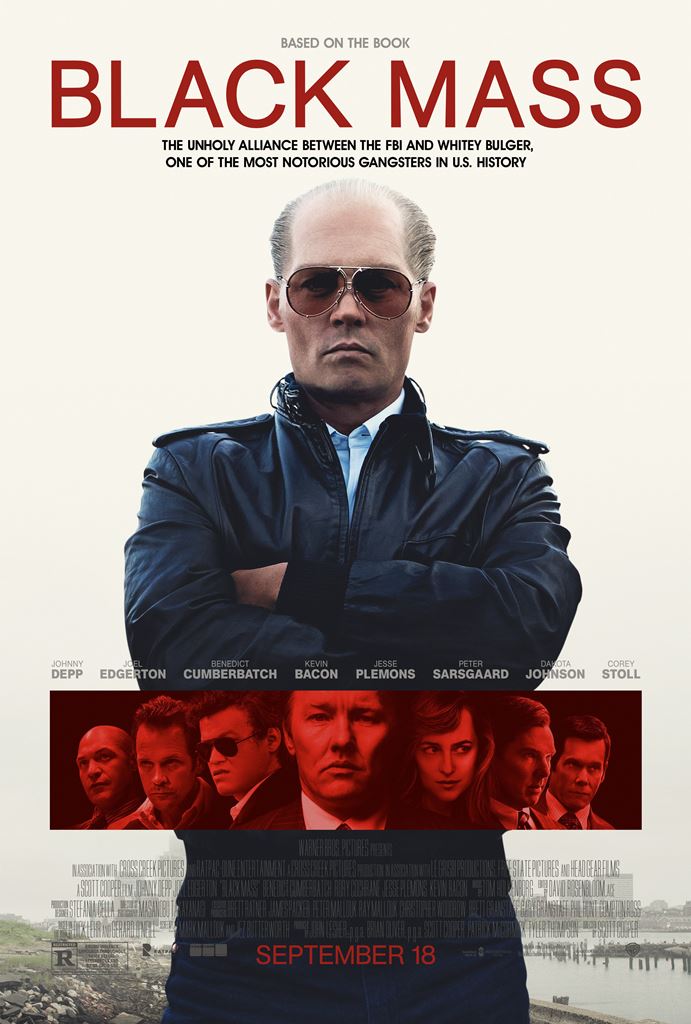 “It’s not what you do, it’s when and where you do it, and who you do it to or with. If nobody sees it, it didn’t happen.”
– Whitey Bulger

SYNOPSIS: The true story of Whitey Bulger, the brother of a state senator and the most infamous violent criminal in the history of South Boston, who became an FBI informant to take down a Mafia family invading his turf. – via IMDB

I watched this recently as it came back with some great reviews. Now, while I liked it, I didn’t love it (I feel there are infinitely better gangster movies out there). That being said, this is, without a doubt, the finest Johnny Depp has been in years. I was so stoked to see a movie where he was actually doing something again, wasn’t the same cut and dry quirky character we have seen him embody recently. I liked that, and was reminded why Johnny Depp was so insanely loved at a stage. He was a crazy Bulger, and those contacts he wore really freaked me out (they really looked unnatural). Edgerton was also, as is to be expected, a solid pick for John Connolly, and did a great job with his character. I have to say, the movie played it way too safe. It was formulaic, albeit carried by really good performances. At the end of the day, it used a tried and tested formula, and didn’t even try to push the boundaries, which is a pity considering the cast the film touts. So much more could have come from this. It stays within the bounds of “safe”, but never breaks through to “great”. The pacing is fine, not rushed, not too slow, but at times I wished more focus had been given to certain things and less to others. The characters were not as developed as they could be, and for a true story, I definitely think that more could have been done. Black Mass is certainly not a bad watch, and is absolutely, one hundred percent worth it if you want to see if Depp still has the goods (which he does, here, anyway), because the performances are definitely the highlight of this film.