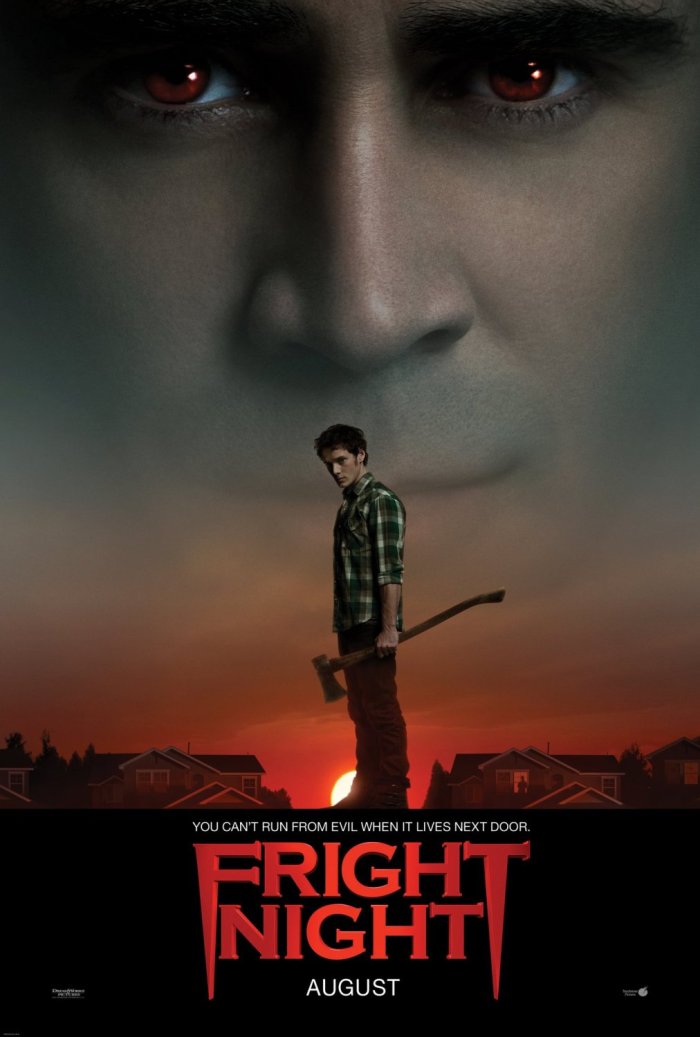 “I really hate to be the one to tell you this, but that guy, your neighbor; yeah, he’s a vampire man.”
– “Evil” Ed Thompson

SYNOPSIS: Teenager Charley Brewster guesses that his new neighbor Jerry Dandrige is a vampire responsible for a string of recent deaths. When no one he knows believes him, he enlists Peter Vincent, a self proclaimed vampire killer and Las Vegas magician, to help him take down Jerry. – via IMDB

I have a soft spot for this movie. I went it for it totally blind the first time I saw it, I didn’t know it was a remake or anything, and I had a total blast. It’s stupidly entertaining and I was interested throughout, and had a good time with the humour. I also really enjoy Yelchin, and his portrayal as Charley was spot on. He really gets that silly, quirky character every time. I always love seeing a grittier vampire film, and this was it. No love story. No softness, nothing. Colin Farrell was a great Jerry, too. He was menacing, he was crazy, and he totally fit the role. Let’s not forget David Tennant, either. What a chop, but oh, so enjoyable. And then Christopher Mintz-Plasse. I wish, wish, wish he had gotten more screen time, but he did own whenever he was on. Charley is an awesome character – it is hilarious to watch this high school student desperately try to maintain a relationship, be taken seriously, be a hero, and kill a vampire, all rolled into one. I liked the effects, too, nothing over the top, but not so bad you cringe while watching. I enjoyed the movie’s pacing, too, as it gives enough time to set up and then dives right into the action, too. I really need to get to watching the original, seeing as I thoroughly enjoyed this one. Fright Night is a fun watch that doesn’t require too much investment, and gives us nastier, more creepy vampires again, plenty humour and good effects. I could definitely recommend this movie for a watch.