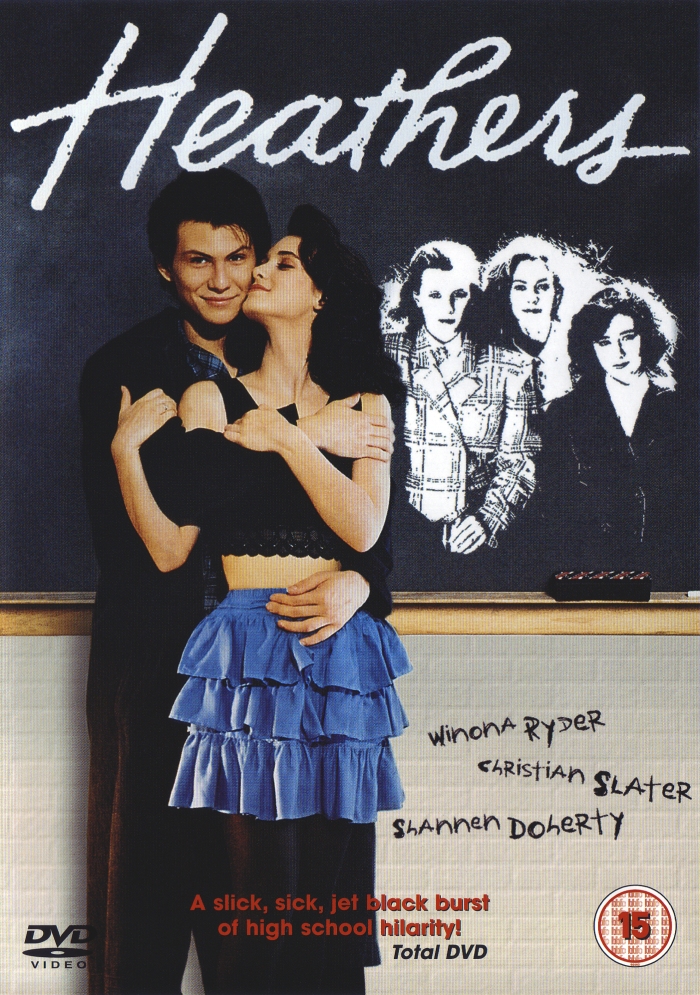 SYNOPSIS: A regular girl, Veronica, tries to survive the social jungle of high school by sticking with the three most popular girls at school who are all called Heather. As she meets a sociopath named JD, her life spirals into a continuous cycle of hate, unintentional murder and indifference, as she exacts revenge on her enemies, also known as her best friends. – via IMDB

So I actually finally got to seeing it! What a weird, quirky, entertaining flick it was, too! I don’t even know when last I watched a movie with Winona Ryder in it, so it was quite cool to see her in something again. I kept putting this movie off because I was convinced it was some silly chick flick, but then Natasha told me to chill my monkey and check it out, it wasn’t what I thought it would be. Right from the off, you cannot help but be drawn to JD (he just had that something to him). Initially you just think he is the bad boy, and when things take a change for the worse, you cannot help but be fascinated by his sociopathic side and his creepy reasoning. The movie is funny – darkly so (so you all knew I was going to enjoy that). It has some social commentary to pass, and it does so in a smart and witty way. I really, really liked the relationship between JD and Veronica, though it popped up out of nowhere. I was willing to let that slide because, well, teenagers, they can meet the love of their life in under a minute and be certain they cannot survive without this new person. I was glad to see that Veronica was not simply drawn in by JD and all his crazy. Their relationship has this Bonny and Clyde sort of  feel to it, minus the major commitment, and they certainly didn’t see eye to eye on most things. However, they were both smart and intelligent, and had all the potential to work. Hell, they really were crazy about each other in some sick and deluded sense, you just would like to see everything work out well for them. Heathers is so extremely eighties, but it works, and the score is suited so well for the movie and the style. The humour is sharp and vicious and the movie is hilarious to watch and much smarter than I thought it was going to be. It isn’t a long movie at all, though it is sad to say that there are a few places that feel like it is just dragging on a little bit. However, this is not extreme enough to detract from the experience, and I will certainly be watching this again. I can understand how Heathers is a cult classic, ir is truly entertaining and I would highly recommend it.