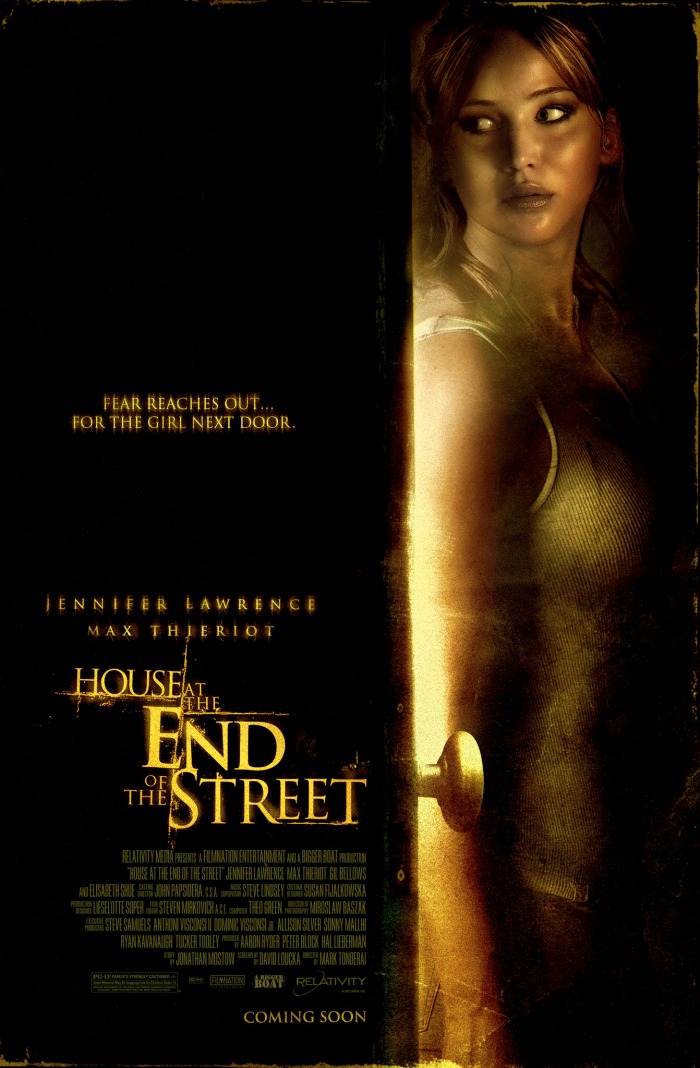 “People don’t notice all the secrets around them. Even though they’re right in front of them, just hiding, waiting to be found.”
– Ryan

SYNOPSIS: After moving with her mother to a small town, a teenager finds that an accident happened in the house at the end of the street. Things get more complicated when she befriends a boy who was the only survivor of the accident. – via IMDB

You know, I watched this as part of the box set that Natasha got me for Christmas. I initially thought that it was the remake for The Last House On The Left, and when we started watching I realised they were two totally different films, so it was new to me. I know that Cinema Parrot Disco raged about this – she is no fan. Me? I thought that it was a decent albeit stupid popcorn film. It’s not revolutionary and great, though it features some pretty decent performances, but I can think of a huge selection of other movies that are a bigger waste of time. House at the End of the Street suffers from being generic, bland, and silly. It isn’t necessarily boring, and there are aspects to it that had so much potential to scare and get under the skin, make you think a bit, and yet those golden opportunities were passed up. There were some twists to it, one that I didn’t quite expect, but very few of them were pulled off with the finesse that they deserved. The movie never really quite hits the highs it wishes to. I thought that Jennifer Lawrence and Max Thieriot worked very well together. I also enjoyed Thieriot’s performance, and think that he is an actor that performs quite well but doesn’t get noticed much. He has potential for certain things, so it’s always nice to see him in something. The characters here are a little annoying, like the way they go about things is quite illogical. I think the safest way to look at this movie is to see it as a horror movie for young teens… I think that is the only way that you won’t absolutely hate it. As for me? I thought it was alright and not the biggest waste of my time. While unoriginal and lacking in places, there are other aspects that redeem it somewhat, and hence I can live with it.