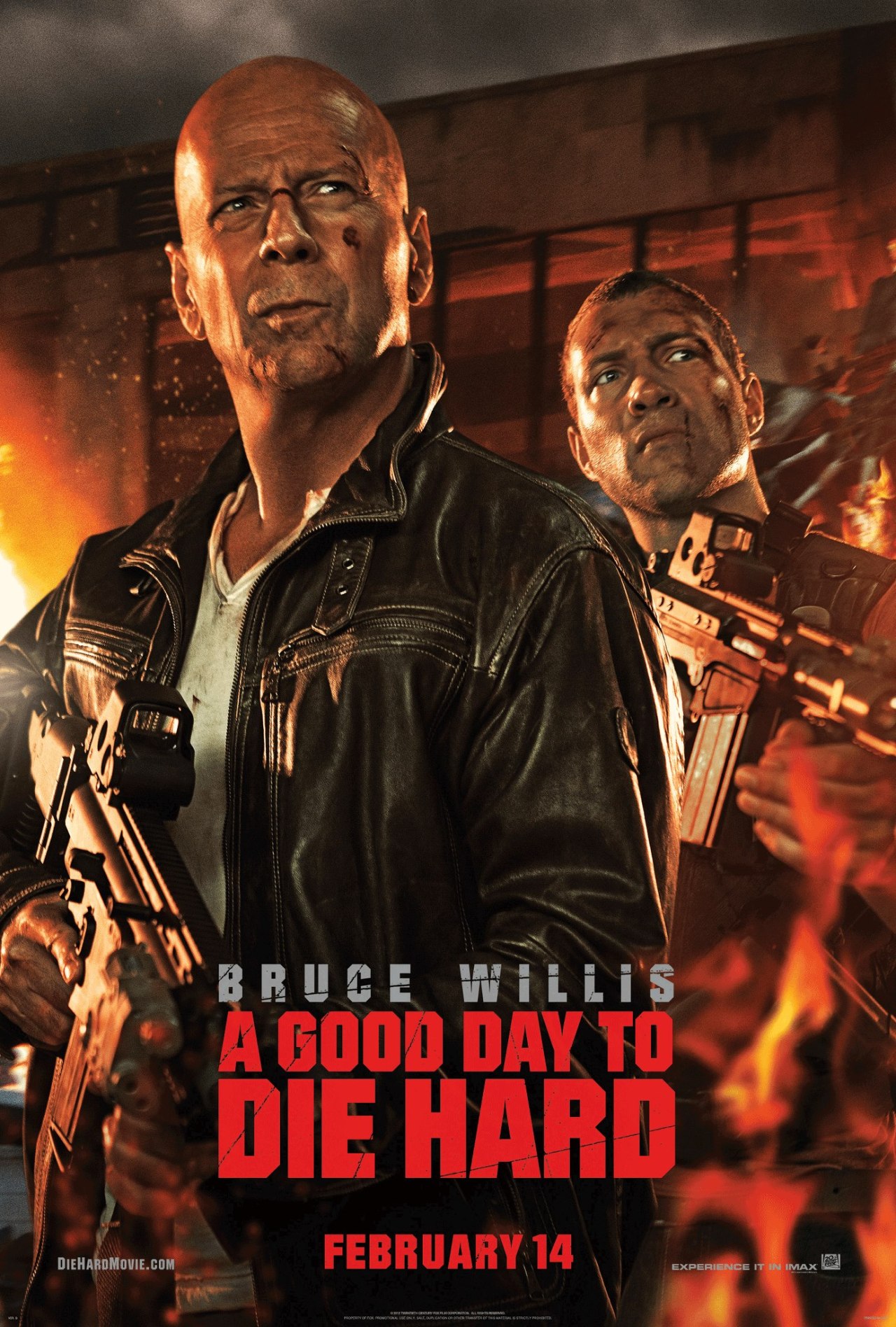 SYNOPSIS: Iconoclastic, take-no-prisoners cop John McClane, for the first time, finds himself on foreign soil after traveling to Moscow to help his wayward son Jack – unaware that Jack is really a highly-trained CIA operative out to stop a nuclear weapons heist. With the Russian underworld in pursuit, and battling a countdown to war, the two McClanes discover that their opposing methods make them unstoppable heroes. – via IMDB

Are you kidding me? Oh my goodness! I mean I have always heard that this one was the worst of the lot, I have read the rages, I have gone through it all, but I did not think it would be this bad. Hell, I had a friend who went out while he was in England to see this, paid in pounds and got up and left because he could not bear to suffer but one more minute of it. I think I am wholeheartedly in agreement there! Wow, what a pile of crap movie! Everything about this sucks. Let’s start with Jai Courtney… no wait, I will backtrack to this. Let’s start with  McClane’s kids… they are total freaking ingrates, rude to boot, and annoying as heck. Well, Junior more so than sister Lucy, but not by much. Goodness! I mean I know people have issues with their folks, most do, and I get that he was a relatively absent father and a douche, but come on! If they had set the premise up better for the both of the kids and McClane, I could have gotten more on board with it. However, it was not. Moving along from that back to Courtney… no. Just no. I have not seen a single thing with him in it yet where I thought he was alright. This was no exception. The story is a dreadful mess, and the humour is awful, not funny, forced and awkward I didn’t like it. Let’s not even talk about the sketchy as hell effects that are all over display here, I actually cringed. The dialogue… oh my goodness, why?! I see absolutely no reason why this movie needed to be made, nary a one. What a waste of my time. Ugh. There was like no chemistry between Willis and Courtney, and I cringed watching them together, and my eyes rolled at the shallow story that was predictable right off the bat. There was nothing that really had me rooting for anyone, I was over it within the first ten minutes, and the story makes these huge leaps and bounds that just don’t fit it. What a mess! I seriously cannot think of any redeeming factors, and I am going in loops here with all that I did not like, so maybe it is best I stop. I see what they were trying to do here, but they should have just left it well enough alone.