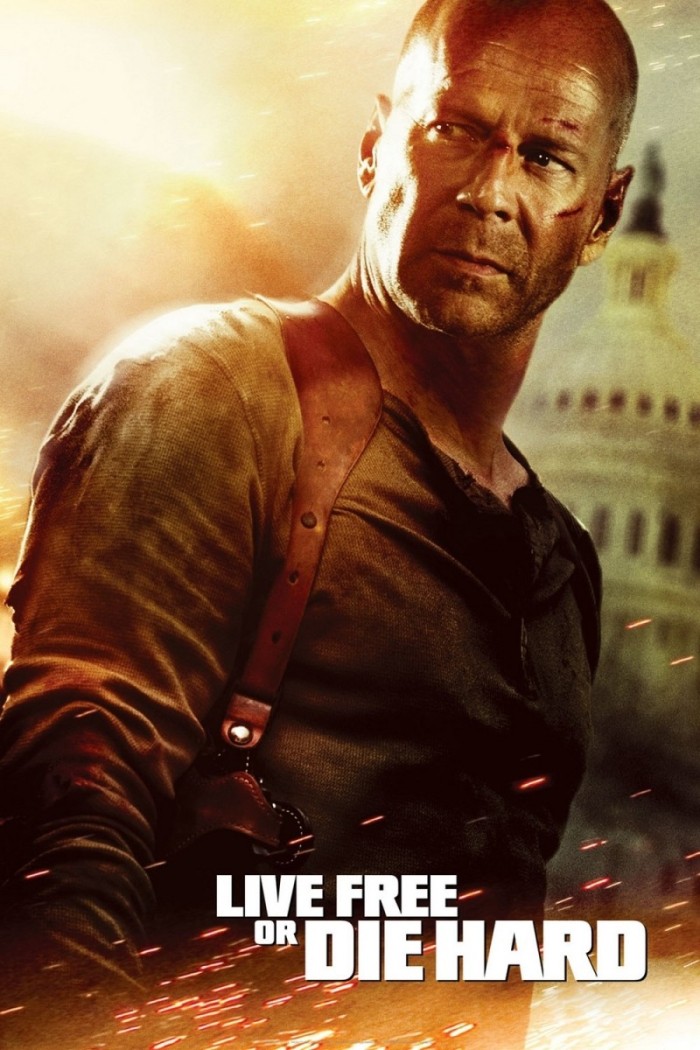 “You know what you get for being a hero? Nothin’. You get shot at. You get a little pat on the back, blah, blah, blah, attaboy. You get divorced. Your wife can’t remember your last name. Your kids don’t want to talk to you. You get to eat a lot of meals by yourself. Trust me, kid, nobody wants to be that guy.”
– John McClane

This one was actually much better than I thought it was going to be. It was also smarter than I expected, but it had some immense flaws. However, and I am about to get crucified for this I am sure, this is the best sequel I have seen of the lot. It was quite modern, and Bruce Willis manages to entertain us, even having moved along in the years. I maintain, McClane has the most ungrateful brats, really. I mean I know he must have screwed up and he is a bit cuckoo and all that, but he has always tried to do his best for his family, though it evidently didn’t work well. Though it would seem that is par for course for law enforcement. Anyway, even Justin Long wasn’t too bad here, and I didn’t feel like rolling my eyes whenever he got on screen. Mary Elizabeth Winstead had her moments where you could just tell she was totally McClane’s daughter. Watching everyone panic about the world economy crashing was quite interesting, too, because I cannot think that that would be a fun day ever. Timothy Olyphant’s Thomas Gabriel was also a more interesting villain, but fell short of the mark at times. The story was engaging and the action was exactly what you would expect from a Die Hard film – slightly ludicrous but quite gratifying. One particular scene involving a jet and a truck on the highway was too ridiculous, so I can’t really say I was willing to suspend belief that much, even though the entire plot is quite silly. The scene is question was just over the line for me. I think the biggest thing is turning your brain off when you are watching this, otherwise the nitpicking will completely ruin the viewing experience. Unless you are watching with someone you can rip the plotholes with, I think that could be fantastic. I don’t quite understand why this movie gets so much flak – it is fun, it is entertaining, the story isn’t bad, there are some solid performances here, and it looks good. This is certainly one that I would watch again sometime, though I am certainly in no hurry to do so.