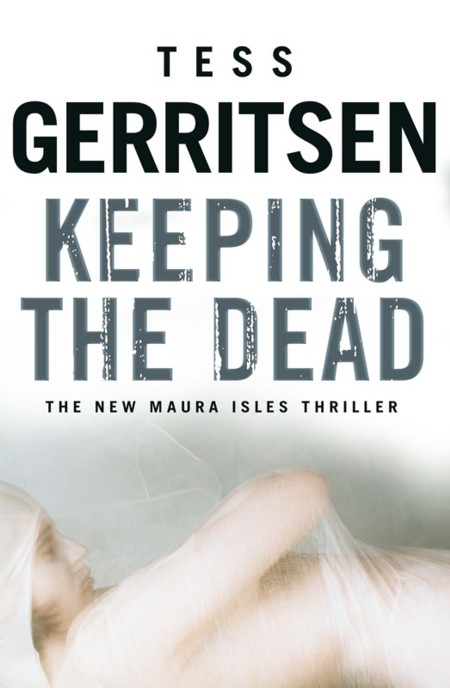 SYNOPSIS: For untold years, the perfectly preserved mummy had lain forgotten in the dusty basement of Boston’s Crispin Museum. Now its sudden rediscovery by museum staff is both a major coup and an attention-grabbing mystery. Dubbed “Madam X,” the mummy–to all appearances, an ancient Egyptian artifact– seems a ghoulish godsend for the financially struggling institution. But medical examiner Maura Isles soon discovers a macabre message hidden within the corpse–horrifying proof that this “centuries-old” relic is instead a modern-day murder victim.

To Maura and Boston homicide detective Jane Rizzoli, the forensic evidence is unmistakable, its implications terrifying. And when the grisly remains of yet another woman are found in the hidden recesses of the museum, it becomes chillingly clear that a maniac is at large–and is now taunting them.

Archaeologist Josephine Pulcillo’s blood runs cold when the killer’s cryptic missives are discovered, and her darkest dread becomes real when the carefully preserved corpse of yet a third victim is left in her car like a gruesome offering–or perhaps a ghastly promise of what’s to come.

The twisted killer’s familiarity with post-mortem rituals suggests to Maura and Jane that he may have scientific expertise in common with Josephine. Only Josephine knows that her stalker shares a knowledge even more personally terrifying: details of a dark secret she had thought forever buried.

Now Maura must summon her own dusty knowledge of ancient death traditions to unravel his twisted endgame. And when Josephine vanishes, Maura and Jane have precious little time to derail the Archaeology Killer before he adds another chilling piece to his monstrous collection. – via Goodreads

Keeping The Dead was quite a fast paced, interesting read. It had eventful turns and twists, not always revolutionary, but put together well. I also liked the archaeological/Egyptian aspect to the book, as I have always been fascinated by these things. Each of the characters have some extreme personal issues raging, and each one of them is dealing in another way. It was nice for Barry Frost to get some more attention in this book as I find he is always a sturdy character that is somewhat overused. Naturally, there is Maura Isles and her tawdry love life, too, that is actually getting rather annoying, that she is portrayed as this strong woman and all that, but she is always up to silly shenanigans in her own time. Gerritsen also never really healed the rift between Jane and Maura in the last novel, and yet here they are perfectly fine again. Also, Gabriel only got about two lines in this book, which broke my heart. He really needs to be used more, and not as a tool from time to time to remind us that Jane is married and has a child. Anthony Sansone made an appearance again, but his “supernatural” claims just didn’t really sit well in this novel, though he is so interesting and definitely a character that I want more off. Gerritsen has certainly fallen into a great rhythm with the Rizzoli and Isles series, and I am always interested in reading more of them. Granted, not all the books are equal, but they are engaging, which is important in a book series. Keeping The Dead may have started a bit scattered, but the momentum built and ultimately came together quite nicely. The relationship dynamics between the characters are becoming far more convincing and makes for a more gripping novel. This was another solid entry to the series. For those who are interested, this book is also called The Keepsake.