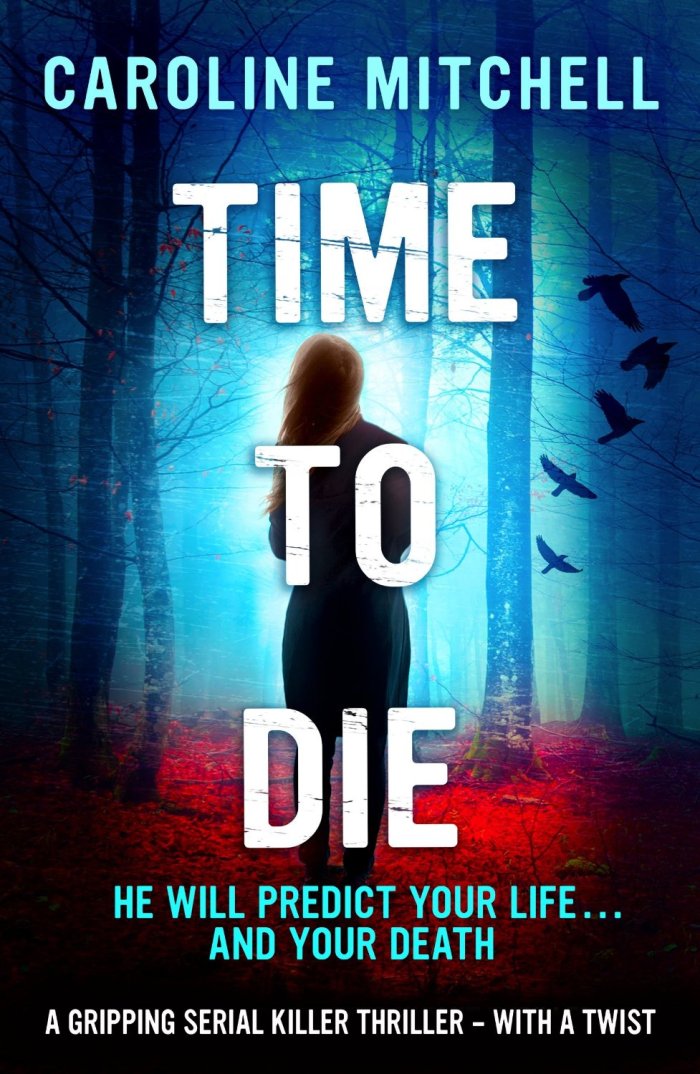 SYNOPSIS: He will predict your life… and your death. Don’t ever cross his palm with silver. He will reveal your most shameful secrets. He will predict your death. He is hiding a secret. He is hiding a monster. And all his predictions come true. Investigating a series of chilling murders, Detective Jennifer Knight finds herself tracking a mysterious tarot card reader known only as The Raven. As the death toll rises, Jennifer and her team build a picture of a serial killer on the edge of sanity, driven by dark forces. But these are not random killings. And the method behind the madness could be the most terrifying thing of all … Especially when it seems the death of one of their own is on the cards.  – via IMDB

Well. Uhm. Erm… no. I unfortunately wasn’t very big on this one, though I really thought it was up my alley. Murders and investigation, toss in a dash of the supernatural as well as some tarot cards? Plenty reviews praising Time To Die? How could you possibly go wrong? Well, with this book, you can. The story itself seems to continually refer to events of (I assume) the previous book, so it has a disjointed feel the whole time, making it suffer quite a bit as a standalone novel. Also, we are never really introduced to Operation Moonlight, the book just jumps right in (again, likely assuming we have all read the previous novel), instead of taking a few paragraphs to just bring us up to speed. I felt like I was floundering quite a bit, and the book didn’t make sense for quite some time. Also, the whole setup for The Raven was far better than the end result and payoff, sadly, and there is pretty much no character development. There are a whole array of characters, all flat. Not to mention how the book takes leaps and bounds in logic all over the show, also losing the reader along the way. Not too easy to keep up at all. Developments also just seem to happen, and I sat there wondering how/when something had occurred to get us to a certain place. I didn’t like that feeling. Also, the relationship progression between Will and Jennifer? There was nothing, and then there was something, and nowhere was it really explored from Jennifer’s side, but out of the blue there is a relationship? Hello? Not that they didn’t work well together, but no real chemistry had been built before that, nor was a structure really put together, and then things were just happening. Time To Die is not nearly as gripping as the title would suggest, and not a novel I would be comfortable recommending at all. I was quite disappointed, and I really thought this was going to be a really entertaining book. It wasn’t even a particularly long novel, but it felt like a chore to get through.