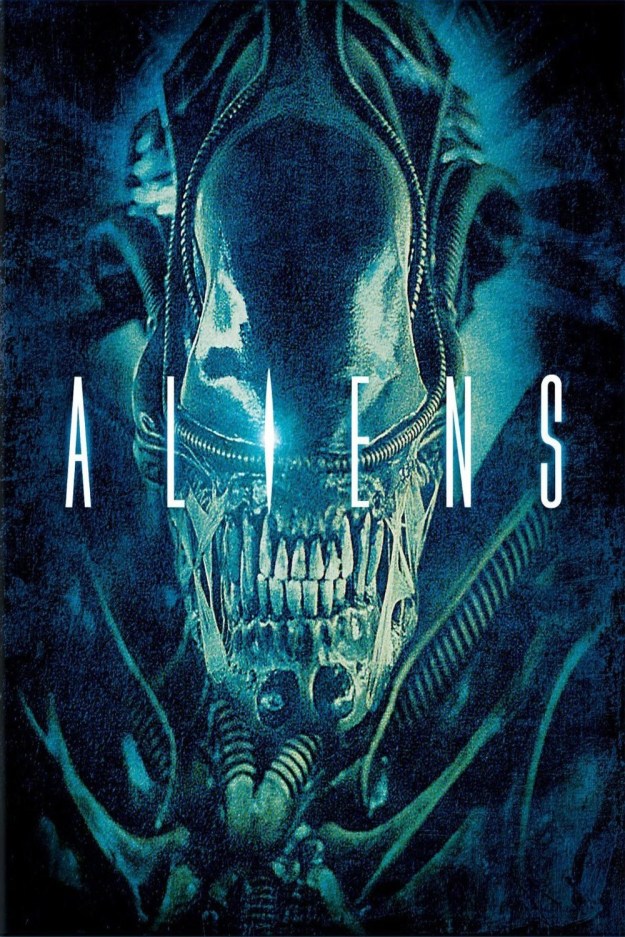 “Just tell me one thing, Burke. You’re going out there to destroy them, right? Not to study. Not to bring back. But to wipe them out.”
– Ellen Ripley

SYNOPSIS: 57 years after her ordeal with an extraterrestrial creature, Ellen Ripley is rescued by a deep salvage team during her hypersleep. When she discovers that transmissions from a colony that has since settled on the alien planet suddenly stop, Ripley is offered a chance to team up with a group of marines to descend on the planet and investigate the alien presence. Determined to end the memories of the alien creature, Ripley agrees to the offer and is once again thrown back into her living nightmare. – via IMDB

Now, I might be burnt at the stake for this, but as much as I liked this one, it does not hold a candle to the original (for me). I know most people find it an equal sequel and, in some cases, superior to the original, but I don’t think so. Obviously my score says I liked it just fine, and I did. Aliens is a damn fine film that has a hell of a lot going for it and is a supremely fun film. It is shot well, looks great and allows you plenty of time to ogle the xenomorphs, which is awesome, and offers immense amounts of action and drama, but there are a few things that irritate me.

I think the biggest irritation for me in this is Bill Paxton’s Private Hudson. He is whiny and screaming constantly and shouting and just sounding like a dweeb without fail, and it isn’t cool. It starts out as one thing and ultimately ends up working on your last nerve. It isn’t funny. It isn’t entertaining. It induces eye rolling. Also, sometimes the score just didn’t seem to work as smoothly as it could’ve, and some of the performances were overdone in places. This all, however, does not make it a bad movie. There is much to love.

Ellen Ripley is back and she is kicking some major ass all over the show, and the queen xenomorph is nasty as sin, and that birthing system? Ick. Then there is Hicks, and the relationship that is budding between him and Ripley the whole time, allowing you to hope for the best, and Newt becoming an important redeeming point for Ripley, whose daughter had passed while she was lost in space, and Newt (who can scream like few others), who lost her family to the aliens on the planet her folks had relocated to. Michael Biehn and Sigourney Weaver were brilliant opposite one another, and I really enjoyed seeing every second of them together.

I was also a fan of Bishop, though it was incredibly evident that Ripley couldn’t give a damn about him, and after Ash, who could blame her? Lance Henriksen was a great Bishop, and I liked him from the beginning, even with the misgivings after the last psycho android that Ripley came upon. The ending, while I liked it, dragged in places. It’s almost like a test to see how many times you can throw a life-threatening a last minute xenomorph encounter up and have it accepted. It carried on for just a tad too long, in my opinion. I loved seeing the xenomorphs here, while they were still creepy as hell and not killed with CGI *hem hem Alien 3*. It was great for them to get so much screen time, plus the immense amounts of action scenes and choreography is also well worth watching. Aliens is a solid movie with a lot to like about it, though it does have a few hiccups.