SYNOPSIS: To the students of the Spenser Academy, the Sons of Ipswich are the baddest boys on campus. But that’s not all they share. The four friends also share a 300-year-old secret: they’re warlocks, the teenage descendants of a 17th-century coven of witches. So when the long-banished fifth son suddenly appears and threatens to kill their loved ones, they realize they must face their enemy in order to prevent him from stealing their powers and shattering the covenant forever. – via IMDB

Well, seeing as this was so bad I am going to turn it into something completely different.

One of the things that sucked on so many levels was how freaking terrible the CGI was. I mean bad, bad, bad! 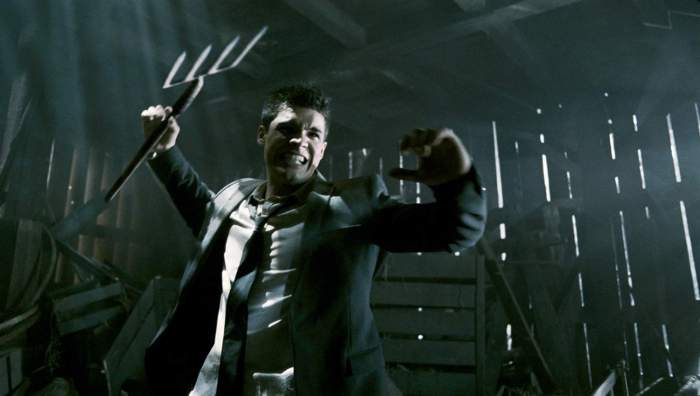 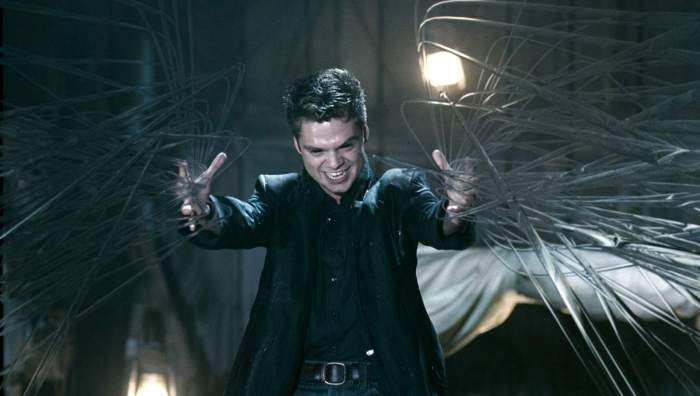 Oki, so the balls of power…

Then there is the secondary cause of there being like no heat between male and females (like seriously) and far too much sexual tension resting between the dudes. Not particularly comfortable to sit through at all.

Well, here was one scene I thought it was going to be more normal (as in maybe something between the guys and the girls or a standard shower scene at the very least). Turned out to be a super let down. Then read in the trivia that a lot of steam was added to the shower scene to obscure the nudity to score that PG-13 rating they so badly wanted. Sorry guys! 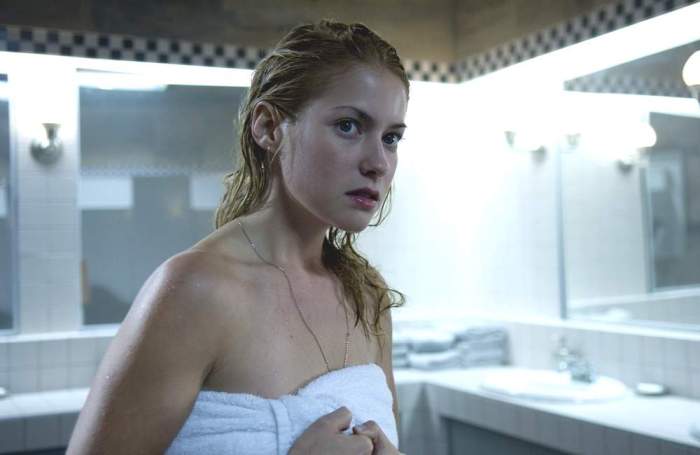 Then there was this shit… I mean fucking seriously??

Then there was the burning building… he looks so super fly!

I don’t know what you folks think, but if someone is in a serious fight, has power balls thrown at them, get flung out of burning buildings and all that bizarre stuff, would you think the suit would look so neat? I sure as hell don’t. 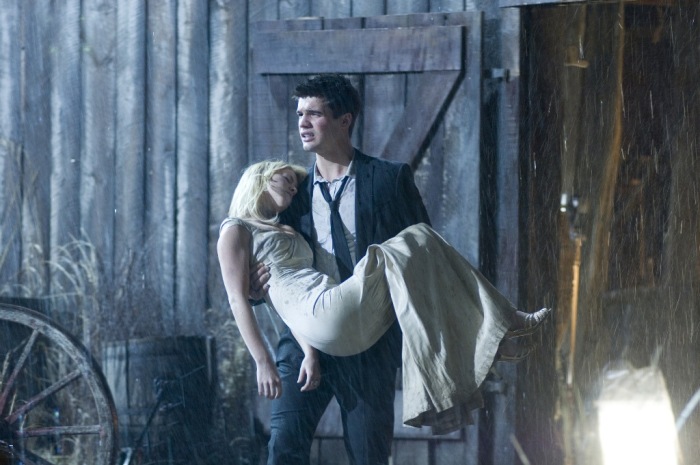 So I am going to move away from all of this now. I at least got to moon over Sebastian Stan in this. Let me tell you, he started fine, then the cheese was just an overkill, but it doesn’t take his pretty away!

There’s just a certain way to do demon eyes. While Sebastian Stan was freaking delicious, he lacked the attitude of Dean Winchester, and the backdrop of a decent show… 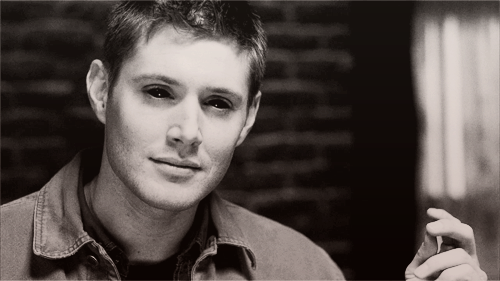 I had completely forgotten that I had seen this movie when it had came out and that it was so damn lame you can’t help but groan and facepalm throughout. I mean the movie kicks in with some White Zombie, and I am all like hell yeah… I am even prepared to skip over the incredibly dodgy text and effects on it. Whatever. I mean it’s got to be good if it opens with some Zombie, right? Right? Wrong. I think the best things about this film were the Zombie tracks and getting to watch the delectable Sebastian Stan. Outside of that, really?! What the hell?! It is so corny, and not the good kind, either, and so silly. My other half refused to put himself through this again (I was just thinking bring it, it will give me something to rag on), and was giving his two cents from the room for the entire duration, all degrading, all some serious mockery. He was dead on though. The dialogue was simply cringe-worthy, the outfits were absurd, the actors were not great, the plot was just… I don’t even actually know what that was, to be honest, and none of the characters were someone you could identify with. Then the whole thing of Sarah hearing about the Salem witch trials and how it ties in with the Sons of Ipswich and having her be all like “ooooooh creepy” – my eyes just went rolling around, I couldn’t help it anymore. It was hundreds of years ago. Extensive research has been done into it. Interesting, yes. Creepy, not so much. Or my mind is just too rational, I really don’t know. Also, so many things happened that weren’t explained, or later just brushed under the carpet. The Covenant boasts one of the most unsatisfying conclusions I have ever seen in a movie, and that is saying something seeing as I was so happy to have this movie end. It is not that bad that you want to kick your television to pieces and dump it outside, but it is bad enough to groan. Probably good for a rip off and a laugh with your friends if ever you are extremely bored or masochistic enough to test the waters. Have I mentioned the dodgy effects? Damn. This was just silly, not suspenseful, overly predictable and puerile. Skip it, skip it, skip it! If you were unlucky enough to have seen it, we can wallow about this together.