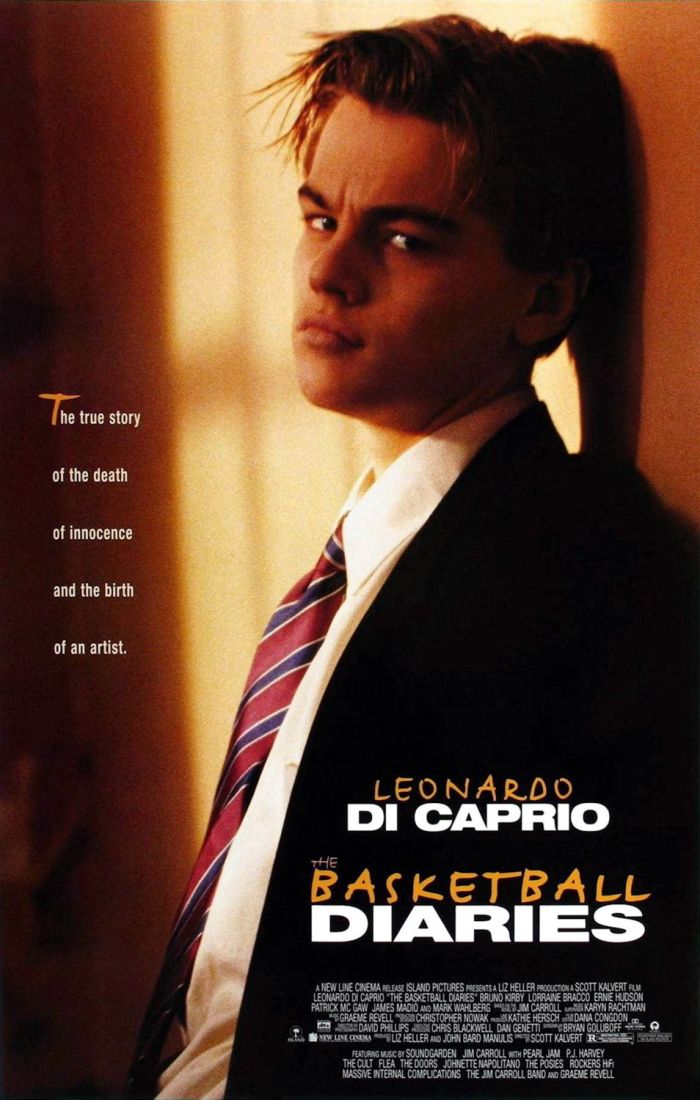 “First, it’s a Saturday night thing when you feel cool like a gangster or a rockstar- just something to kill the boredom, you know? They call it a chippie, a small habit. It feels so good, you start doing it on Tuesdays… then Thursdays… then it’s got you. Every wise ass punk on the block says it won’t happen to them, but it does.”
– Jim Carroll

SYNOPSIS: Jim Carroll is a high school basketball player. His life centers around the basketball, and his dream is being a basketball star. Once in a while he gets stoned with his friends, and step by step, he falls into the dark world of crime and drugs. Once his mother expelled him out of the house, he goes into the streets of New York, and together with his friends they take drugs for which they steal, rob and even kill. As the time pass, Jim’s situation becomes worse. It looks like he will never get out from his drug addiction. – via IMDB

Mark recommended that I check this film out if I am into DiCaprio, and it took me a while but I got to it a few months ago. It is one of the few DiCaprio movies that I hadn’t seen. It was actually a decent film depicting the terrible downward spiral into drug dependency, and I thought that Leonardo DiCaprio was a fantastic actor to have carried the story as well as he did, and he was so young when he did it, too. I could not feel pity for Jim Carroll, seeing as he got himself to where he was on his own and with no real reason; he crushed his dreams and potential when the rest of his life was on the brink of taking off. However, DiCaprio manages to carry the role that you still root for Jim to get clean and pull his life together, no matter what else is going on around him. Other times, though, the plot is lost and it seems more like a typical drug addict rehashing addiction and the “magic” behind it. I enjoyed Mark Wahlberg in here, he was impressive. I liked the way the movie showed how anyone can end up in dark places, and what influence friends can have on the entire situation. I did think that there were places where the movie simply just didn’t quite make it as well as I would have hoped, and I would really have liked to have seen how Jim started pulling his life together when he was clean – the movie seemed to romanticize the addiction more than anything else. Overall, worth the watch, especially for DiCaprio, but not really anything vastly different from other films based on addictions and broken lives.