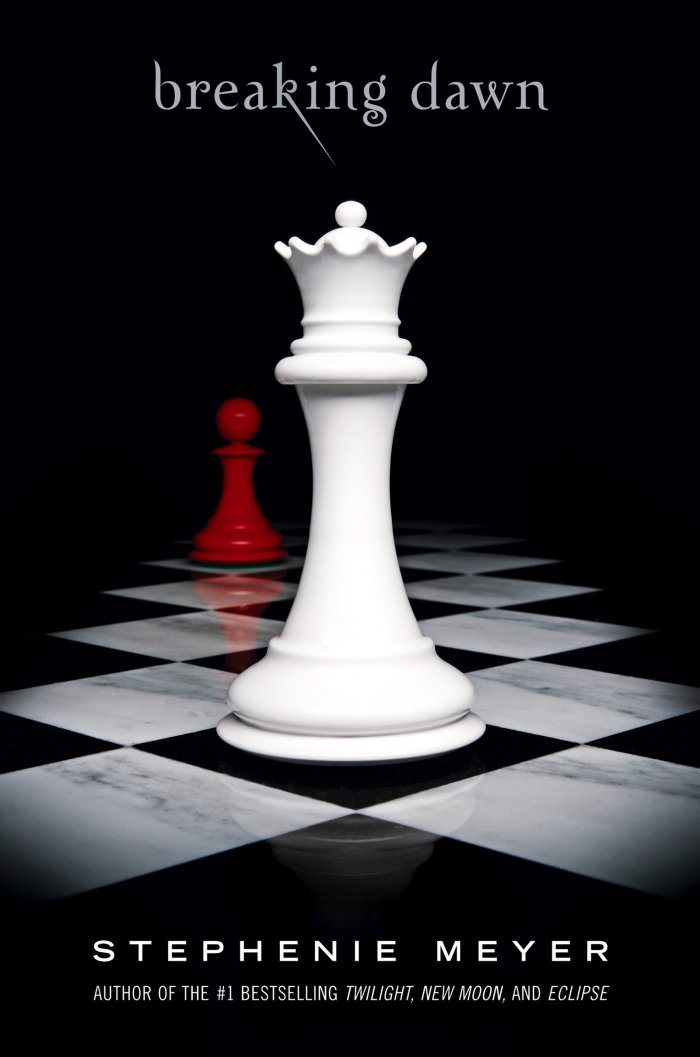 Bella Swan is finally marrying her vampire boyfriend Edward Cullen. Her father Charlie seems to be accepting this all the more, though he is still not thrilled. After the wedding, Bella and Edward take off to honeymoon on Isle Esme. Bella’s part of the deal was to marry Edward to have him turn her himself, and his deal was that they would sleep together only after they got married. They honeymoon is perfect, and Bella is more in love with Edward than ever, and her sexual conquest with him has actually made her want to stay human longer (!!!!). Edward cannot believe that it is all the convincing she needed. However, things change rapidly when Bella realises there is something wrong with her body. It is impossible, but she is sure she is pregnant. Carlisle insists that Bella and Edward return so that they can get rid of the baby to save her, but Bella gets hold of Rosalie, Edward’s sister, and asks for her protection.

The Cullens are furious when the newlywed couple returns and Rosalie automatically takes control of the situation, keeping everyone away from Bella. She will not let anyone harm the baby. Jacob Black, Bella’s werewolf best friend, is still smarting from the pain that he has been caused, and is furious that Bella and Edward are now married, and that Bella will soon be turned. Upon hearing that she is back in the country and having heard that she is deadly ill, he races off to the Cullens to kill Edward, and instead finds a pregnant Bella. He is sickened. His La Push pack refused that morning to strike against the Cullens for discarding the treaty between the vampires and werewolves by turning Bella, but when they hear that she is bearing some abomination, they decide that they want to kill the Cullens. Now Jacob is not a part of this plan, and refuses to follow Sam’s order, ultimately accepting his Alpha birthright of the pack and fleeing to warn the Cullens that the La Push pack might attack. Edward and Jacob cannot stand one another, but are working on the same side – protect Bella, they both love her.

It soon seems that the pregnancy is changing – after hearing the thoughts of the unborn baby, Edward finally supports Bella’s decision to have this baby, and they have a contingency plan to turn her right after she gives birth. Jacob is shattered and flees to the city, desperately seeking out the girl that he will imprint on, and finding nothing. Returning to the house, Bella goes into labour, and will need all the help she can get. Her baby girl, Renesmee, is born, and Edward struggles to turn Bella, while Jacob leaves the scene, intent on murdering the baby that killed Bella, and instead he imprints on her. Bella is finally turned, but it seems that the Cullens are never destined for peace.

How will Bella deal with the transformation? Will she still love Edward, or will she be ruled by the insatiable thirst for the first few years of her life before falling back into some form of love with him? Will Edward be able to deal with Bella’s change? What will happen due to Jacob imprinting on a hybrid creature, Edward and Bella’s daughter? How will the Cullens accept the new addition to their family? Will the powerful ruling vampires, the Volturi, finally leave the Cullens be now that Bella has been turned?

It’s over. Finally finished. So I can finally say that I have held up my end of the deal and read these four novels, but I have decided to disband the book club with my friend because I just can’t do something like this again. Breaking Dawn has quite a bad rap from the readers, and it is justifiable. The first half of it wasn’t too bad, but then it just peeved me endlessly. I think that the change from school and all that helped in some ways (I was so over reading about the classics and stupid school crap, all the while there was major lust for Edward going on), and the obsession, as bad as it still was, did not take front and centre stage anymore. I liked how Breaking Dawn was divided up into three parts, starting from Bella’s perspective, switching to Jacob’s perspective, and then flipping back to Bella. I was wondering whether this would be the case after Eclipse closed from Jacob’s point of view. At any rate, this book was so long, I must say. It is almost like it didn’t know where it was going for a long time, and there were moments where I felt the plot got convoluted and just went around and around in circles. Also, after this whole fancy wedding and all, I thought there would be some more passion between Edward and Bella, but I can honestly say I only felt more of that towards the end, after she finally got turned, and even then it was lacking (but still spicier than when they were in school). I was so glad that the story was told from Jacob’s perspective for the duration of her freakish pregnancy, I just don’t think I would have dealt with that if I had to read all of that as told by Bella. I mean can you imagine how disturbing and disgusting and annoying that might have become?! Ugh. Edward was certainly grating on me less and less now, it seems being a husband suited him more (again, he is such a dodgy love interest, and again this book harps on how you need kids and a husband to be fulfilled as a woman – meh). Let’s not even forget to mention how much Edward and Bella started banging after she was turned. I am stating this because they seemed utterly unconcerned about Renesmee or their parenting responsibilities. What the hell is up with their priorities?! I was also a little grossed out about Jacob imprinting on Renesmee. It was a little disconcerting for me – he was wildly in love with Bella and then it was all about Renesmee, and they just went back to being friends? Strange and just incredibly incestuous. Eeeeeeew. Not really the neatest way to tie things up there. Naturally there was more drama than you could shake a stick at in here, and everyone was on the brink of dying again and all that and wars were being prepared for, but oh well, I guess that is simply how this worked. ALSO, and I know this is a bit bizarre, but it always freaks me out when reading these things, I would love to know how a century-old dead thing gets a hard on, never mind the fact that the dead thing can somehow miraculously reproduce. It just freaks me out. It’s disgusting, is what. I can at least say that I have read all these books now, though I certainly don’t get the hype surrounding them whatsoever.