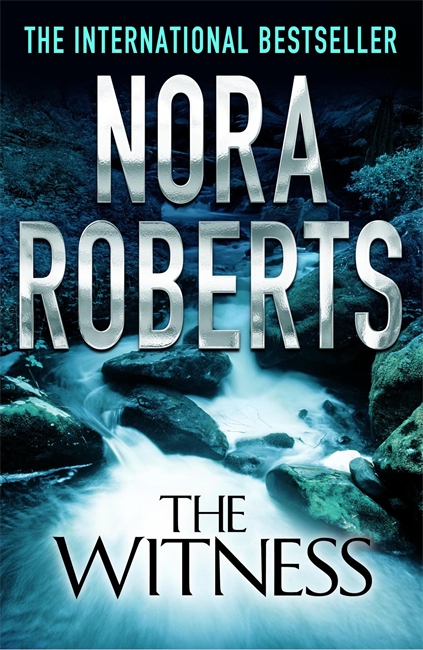 SYNOPSIS: Daughter of a controlling mother, Elizabeth finally let loose one night, drinking at a nightclub and allowing a strange man’s seductive Russian accent lure her to a house on Lake Shore Drive. The events that followed changed her life forever.

Twelve years later, the woman known as Abigail Lowery lives on the outskirts of a small town in the Ozarks. A freelance programmer, she designs sophisticated security systems — and supplements her own security with a fierce dog and an assortment of firearms. She keeps to herself, saying little, revealing nothing. But Abigail’s reserve only intrigues police chief Brooks Gleason. Her logical mind, her secretive nature, and her unromantic viewpoints leave him fascinated but frustrated. He suspects that Abigail needs protection from something — and that her elaborate defenses hide a story that must be revealed. – via Goodreads

Who the hell knew there would ever be a day where I was reading Nora Roberts novels? I mean I know Natasha is a big fan and has been haranguing me for years to read her work, but I have always written her off as a cheesy and stupid romance writer (and we all know how much I love a romance novel at the best of times). However, I have come to find that she actually does write rather well. For instance, for a romance, The Villa was a particularly enjoyable read – one I am sure I will go back to again.

Then this is one Natasha told me to put above all others to find out. Alright already, I’ll do it. I really, really liked how this started – Russian mobsters and silly teenagers and all that. Again, I love books featuring the mob. Then we got to a new town after all the severe drama went down and it felt like the book just lost steam. Before you have even processed you have moved into bland territory, a relationship springs up after meeting each other once. For me, that is too rapid, especially considering all the things Elizabeth/Abigail has gone though in life. I got severely irritated with the amount of sex talk going on – I distinctly got to the stage where I wondered if Brooks and Abigail could do anything more than think of and talk about sex constantly. It got really annoying, and contributed nothing to the book. Surely there are far more fascinating things to fill the pages with?!

I was also not a fan of their relationship, it jumped up out of nowhere and was too rapid and defied my willingness to suspend reality even. Brooks is an exceptionally boring love interest. Anyway, aside from those complaints, it was not the worst book ever. Actually, it had some things that I really liked, and others not so much. I liked that it was a quick and easy read, and Roberts can write, though she isn’t the world’s greatest writer, she can entertain you. I didn’t like Abigail’s character much, because I didn’t find her very endearing or quirky or sweet – just annoying. I liked the relationships Brooks had with the community around him. I also liked the little dramas that popped up throughout the book, though some of it does feel contrived, it was fun for me.

I know that this is a romance novel and it is what Roberts does best, I just really wanted this to be a crime novel (where was the scary-as-sin mob discovery and showdown?!), I think she was really onto something in the beginning, or she really needed to work the romance differently later. There wasn’t any real passion between them.