So I have seen this on a few blogs and I have decided that this year, I, too, will participate in a blind spot list. I was specifically looking at Ruth’s roundup at the beginning of the year, and this was the final deciding factor for me to finally just get to it.

Basically this series means that I pick twelve movies that I would really like to just get to already and then check them out each month of the year. I spent a little time thinking about which movies I would pick and these are the ones that I am thinking of looking into. 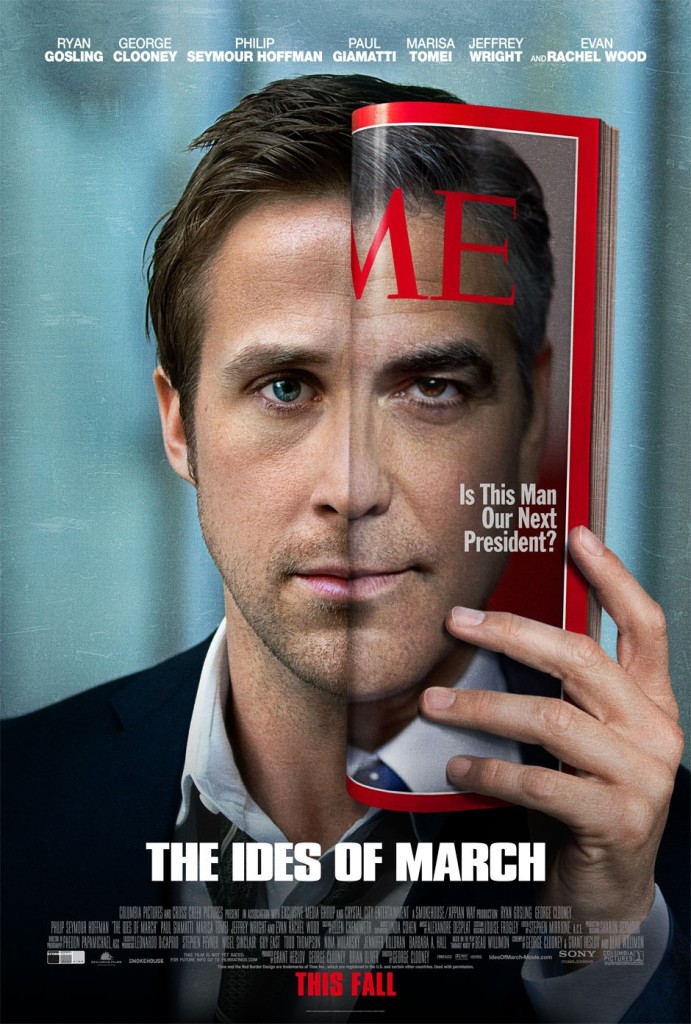 Synopsis: Stephen Meyers is a young idealist who’s brilliant at communications, is second in command of Governor Mike Morris’s presidential campaign, and is a true believer. In the middle of the Ohio primary, the campaign manager of Morris’s opponent asks Meyers to meet; he offers him a job. At the same time, Morris’s negotiations for the endorsement of the man in third place, a North Carolina Senator, hit a snag. A young campaign intern, Molly Stearns, gets Stephen’s romantic attention. Republicans have a trick up their sleeve; Stephen may be too trusting, and Molly has a secret. What’s most important, career, victory, or virtue? – via IMDB
Why I want to watch it: It just looks like it would be my kind of movie… politics and backed with a pretty strong cast? I am very interested!

Synopsis: The place: a small town in the south of the United States. The time: the early 20th century. A black man is accused of raping a woman, and an idealistic lawyer gets to defend him. We start watching the reasons that make his defense far from easy; and that’s mostly because nobody in this town seems determined to believe in the guiltlessness of an accused negro. – via IMDB
Why I want to watch it: After reading the book and loving it, I would really like to see what kind of adaption it got. Hoping for the best!

Synopsis: Rupert Pupkin is obsessed with becoming a comedy great. However, when he confronts his idol, talk show host Jerry Langford, with a plea to perform on the Jerry’s show, he is only given the run-around. He does not give up, however, but persists in stalking Jerry until he gets what he wants. Eventually he must team up with his psychotic Langford-obsessed friend Masha to kidnap the talk show host in hopes of finally getting to perform his stand-up routine. – via IMDB
Why I want to watch it: As a fan of Scorsese, this is one of the films that I have never caught yet heard so much about. Time to change that, I think.

Synopsis: After a brutal car accident in Los Angeles, California, Rita is the sole survivor but suffers mass amnesia. Wandering into a strangers apartment downtown, her story strangely intertwines with Betty Elms, a perky young woman in search of stardom. However, Betty is intrigued by Rita’s situation and is willing to put aside her dreams to pursue this mystery. The two women soon discover that nothing is as it seems in the city of dreams. – via IMDB
Why I want to watch it: Always one for a mind twist movie, I was told that if I was a fan of Donnie Darko, then I should check this one out. Who am I to argue? If I can find a flick to do with my head what Donnie Darko did, then I am front and centre.

Synopsis: Amélie is a shy waitress in a Montmartre café. After returning a long-lost childhood treasure to a former occupant of her apartment, and seeing the effect it has on him, she decides to set out on a mission to make others happy and in the meantime pursues a quirky guy who collects discarded photo booth pictures. – via IMDB
Why I want to watch it: I continually come across this movie on peoples top ten lists, and some bloggers I highly respect have it on theirs and speak fondly of it. I think I am just going to have to get to this then, find out what all the talk is about whether the movie is deserving or not!

Synopsis: The sportswoman Sarah loses her husband and daughter in a car crash, but she survives. One year later, her friends Beth, Rebecca, Sam and Holly, leaded by Juno, invite her to explore a deep cave in the mountains. When the expedition is about three kilometers underground, a rock collapses and blocks the access tunnel, trapping the group inside the cave. With limited supplies, they try to find a way out, but sooner they face a hunger and savage breed of predators. – via IMDB
Why I want to watch it: I want to finish it, that’s what that is about. I have started this movie a few times, never gotten past the first twenty minutes. I really just want to know what happens, and understand why this movie has such a fan base.

Synopsis: A male stripper teaches a younger performer how to party, pick up women, and make easy money. – via IMDB
Why I want to watch it: Well, I was wondering about this one, but I was sold when my bestie, Natasha, expressed how she would simply love to get my opinion on it. Who am I to not oblige her request?!

Synopsis: The merciless 1970s rivalry between Formula One rivals James Hunt and Niki Lauda. – via IMDB
Why I want to watch it: I was such a huge Formula 1 junkie growing up. I was so pro Kimi Räikkönen it was insane. I loved McLaren, I loved my driver, I loved sitting up at midnight on Sunday nights to watch the races, though it meant I would go to school a zombie the next day. I don’t know, I was very big into F1. Things change, I’m not watching F1 anymore and I couldn’t tell you for the life of me what is going on in that world now. But I think that this would be a movie that I would enjoy, a serious biographical sports drama? Yep, well, let’s see if it does it for me!

Synopsis: Set against the sweeping vistas of Alberta’s Rocky Mountains, this film tells the story of two young men – a ranch-hand and a rodeo cowboy – who meet in the summer of 1963 and unexpectedly forge a lifelong connection, one whose complications, joys and tragedies provide a testament to the endurance and power of love. – via IMDB
Why I want to watch it: Come on. This movie is infamous. Really, everyone knows about it, and it garnered a lot of heat and mockery in some places, and acclaim and praise in others. As for me, I have never seen it in its entirety, and considering I am a fan of Ledger and Gyllenhaal, this is just unacceptable and embarrassing. This is the year that I rectify that!

Synopsis: Follows the lives of eight very different couples in dealing with their love lives in various loosely interrelated tales all set during a frantic month before Christmas in London, England. – via IMDB
Why I want to watch it: Because I keep reading about it and I think the cast is pretty darn impressive and I really just need to get this off my damned watch list already!

Synopsis: The world’s youngest citizen has just died at 18, and humankind is facing the likelihood of its own extinction. Set in and around a dystopian London fractious with violence and warring nationalistic sects, Children of Men follows the unexpected discovery of a lone pregnant woman and the desperate journey to deliver her to safety and restore faith for a future beyond those presently on Earth. – via IMDB
Why I want to watch it: I have been meaning to get to this for a while, and it is continually being recommended to me. Not only that, while I was thinking on it, my neighbour told me in no uncertain terms that this movie best make it onto my blind spot list so that I can finally get to it so we can have endless discussions about it.

Synopsis: Aaron Cross, a new hero, experiences life-or-death stakes that have been triggered by previous events. – via IMDB
Why I want to watch it: I am a massive Bourne fan, but I was really not happy when I saw they were going to expand from a trilogy and that they were doing it without Matt Damon because, uhm… hello? Matt Damon is Bourne (and yes, I am aware that this is different). However, this has Edward Norton in it, who is always worth the watch, and I get a tic every time someone asks me if I have seen it. Gosh, let me just get it off my darn plate already.

So there are my twelve picks. I know that they are not all classics, but they are ones that I have wanted to see, have kept putting off, keep meaning to get to and have been recommended to check out on countless occasions. This is just the year that I tackle and assortment of films.