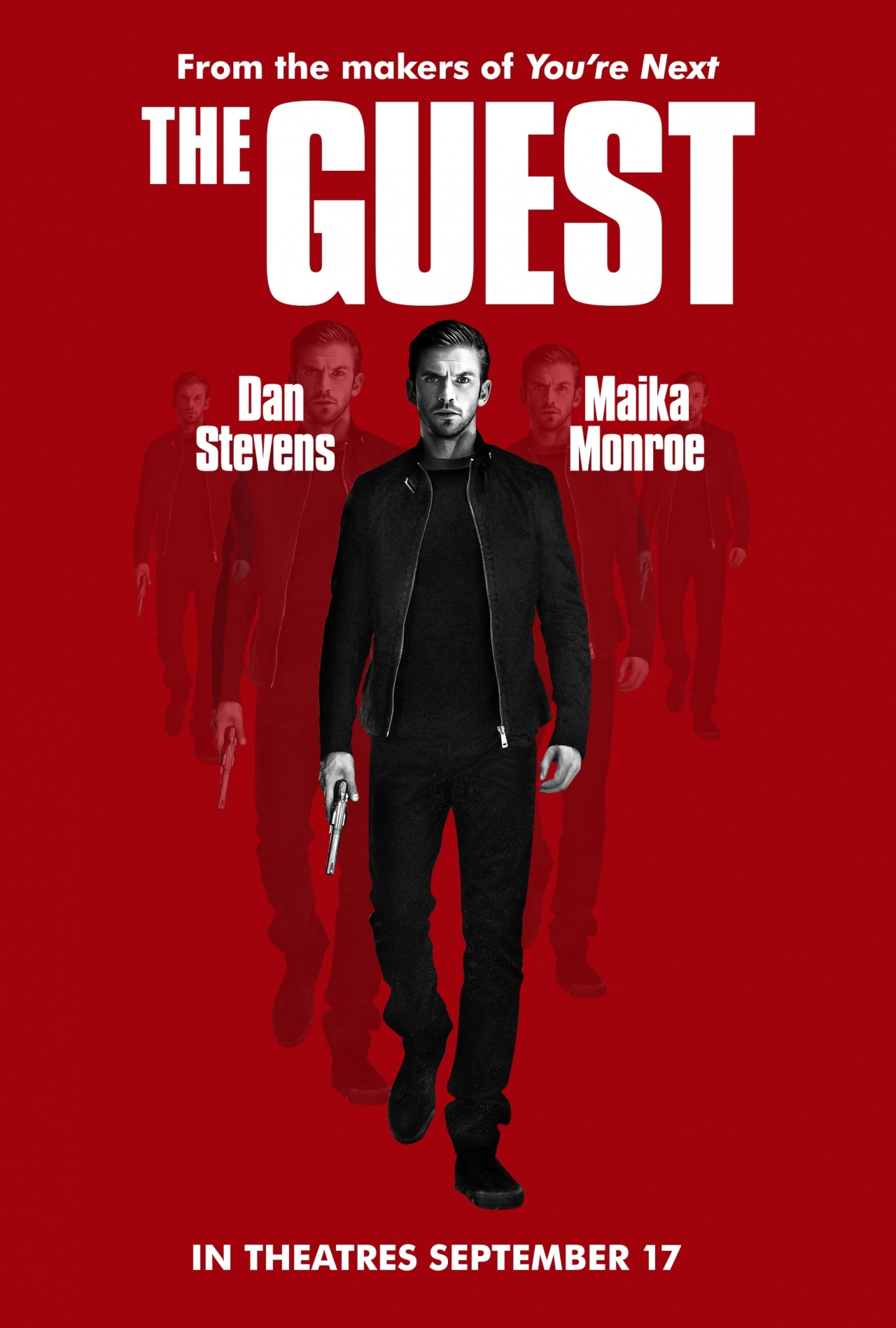 SYNOPSIS: A soldier introduces himself to the Peterson family, claiming to be a friend of their son who died in action. After the young man is welcomed into their home, a series of accidental deaths seem to be connected to his presence. – via IMDB

Ryan and Eric were heavily propagating that I get to this movie. Relentlessly. I even dealt with dead-friendship threats, which was insane. Needless to say, we can all still be friends here… I think… right, Ryan?? Can we still be friends??

@SporadicZoe @theipcdotme If you don’t love this move we can no longer be friends. Fyi.

Wow. Just wow. I mean I know I read a lot of good reviews on this and all, but just wow. I was a huge fan of The Guest. Just about everything in this film worked on so many levels. Dan Stevens gave a simply phenomenal and chilling performance as David, which is so important to the movie that you can almost base it all on that. It is wonderful to watch him transform, how important his whole facade is, and how he handles the ever-changing situations around him.

I thought it highly amusing how Stevens was so intentionally sexualised in the film. I liked that for a change, for science, you know? Also, it just made his character so much creepier. It is not that this premise has never ever been heard of (though there was a pretty cool twist later), it’s just that it was handled incredibly well. The score is something my other half specifically commented on, something he never does, which is why I am mentioning it – to highlight how well it worked itself into the movie, and how important it was. It was so perfectly suited.

The Guest has great pacing, starting slowly, deliberately putting all the pieces into place, progressively becoming darker as the time of the film ticks along, and it draws you in. It is so tense, and you get so involved with what was happening. With a solid foundation of story, it really makes the third act that much more fascinating, entertaining and grand. I think this movie is a great mashup of horror meets thriller.

All the actors worked together really well and the movie was littered with performances that were an asset to the picture as a whole. Brendan Meyer excelled at the emo-shift of the hair and was a pitiable but smart character (except when it was important), and Maika Monroe impressed me quite a bit with her portrayal of Anna. The friendship/mentorship that came up between Luke and David was totally worth watching, too. Got a few smiles out of that one. While there are predictable moments, they are handled with style, making this an undeniably entertaining watch.

I wish I knew how to articulate how much I enjoyed this movie and why anyone should watch it! I loved how they managed to work in the Halloween aspect to this, but that it never became super important or overly-gimmicky, and that a lot of stupid crap was not shoehorned into this movie because why not? Wingard and Barrett nailed that deliberate cheese and the self-aware tongue-in-cheek moments, I must say. I enjoyed  Major Carver dropping everything to rush and to check out the David situation, you know stuff is about to go down, and let me just tell you that you are massively rewarded for it. The Guest is bloody, violent, thrilling, and I love, love, love it. It is definitely going to get numerous repeat watches from me!