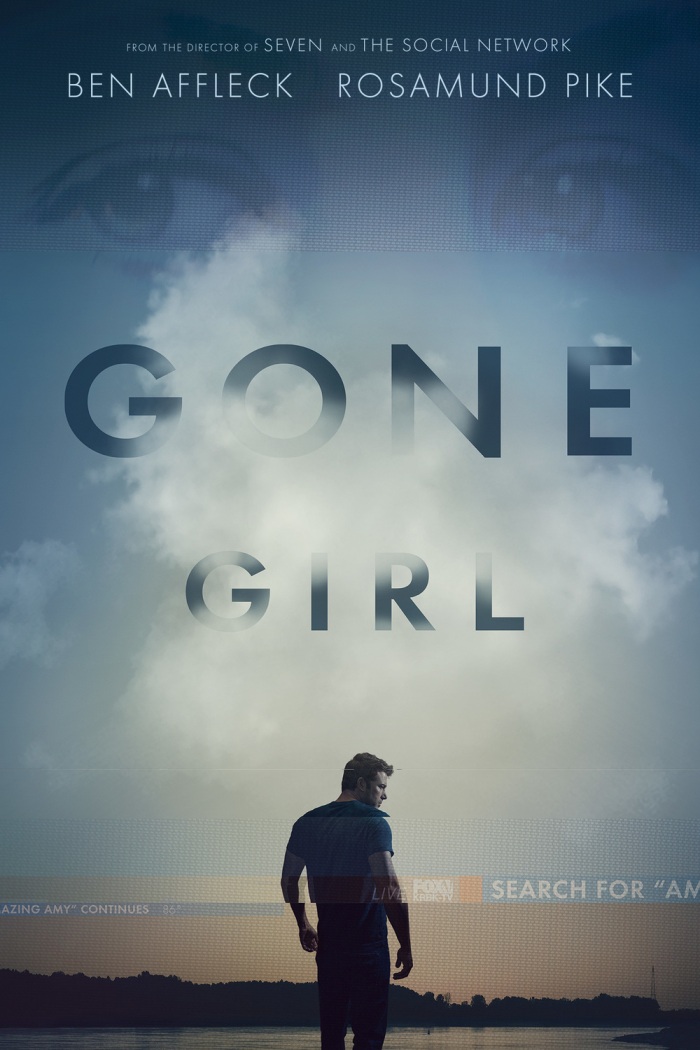 “I loved you and then all we did was resent each other, try to control each other. We caused each other pain.”
– Nick Dunne

SYNOPSIS: On the occasion of his fifth wedding anniversary, Nick Dunne reports that his wife, Amy, has gone missing. Under pressure from the police and a growing media frenzy, Nick’s portrait of a blissful union begins to crumble. Soon his lies, deceits and strange behavior have everyone asking the same dark question: Did Nick Dunne kill his wife? – via IMDB

Finally, I got to see this. Goodness knows that I have waited an age for it, and I was really interested to see what David Fincher could do with it, if he still has the super spark, and if I would at least have been correct for backing the casting decision of Ben Affleck as Nick Dunne and Rosamund Pike as Amy Dunne. I would just like to state here that I was, indeed, correct in having faith. Seeing as I have read the book, I was interested to hear what my other half would think of this, who had no idea what it was about or what the plot twist was. I think Fincher did a wonderful job of portraying Nick in the first half of the movie as a man we don’t quite understand but then grow to dislike, intensely, like the media does. My other half was pretty vocal on what he thought about Nick. However, the twist came as no surprise for him – actually he had worked that out less than thirty minutes in. I thought the camera work was amazing, and the dreary, washed out look suited this movie down to a tee. It is sort of what you feel when you read the book – it’s a thing with Flynn. It’s like she is incapable of writing about a single likable character. That shows here, but ultimately, as much a tool as Nick is, he is the one you identify with the most. The casting choices for this were great, everyone worked wonders with their material. Rosamund Pike did some exceptionally good work as Amy, but (sorry world) I just don’t get the hype. She delivered all the goods, trust me, but… I don’t know. I think the whole movie was blown out of proportion. Then I remember everyone freaking about Neil Patrick Harris’s dong making an appearance. Seriously people, it was so brief I probably would have missed it aside from the fact that everyone had something to say about it. I think that the scene with Pike and NPH there was quite… brilliantly executed. Something like that rarely works and comes across as tacky, but in here it was so much more than that. I don’t actually want to say too much because I don’t want to give out any spoilers, but I must say that this is well worth the watch, truly. Gone Girl was a really good adaption and there was a lot to like about it. It looked good, it was paced pretty well, and had a solid cast to carry it, it shows that Fincher definitely still has the goods.