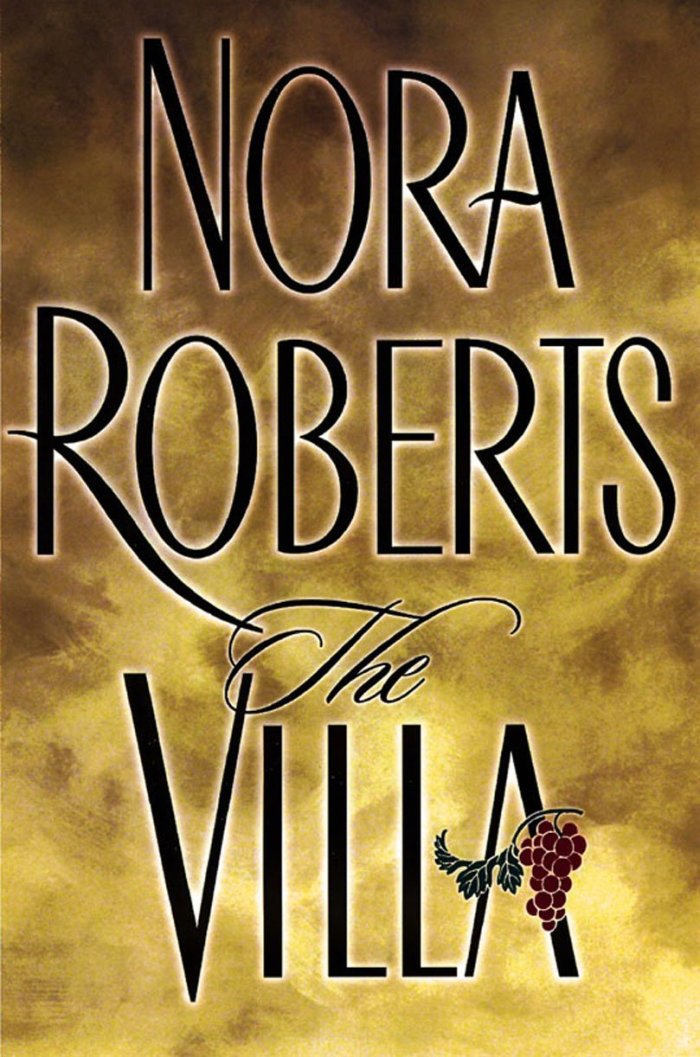 SYNOPSIS: Sophia Giambelli has never worried about competition. For three generations, the Giambelli wines have been renowned for their quality– from Napa Valley to Italy, and throughout the world. The pride of the Giambelli family and a top PR executive, Sophia loves her job– and excels at it. But things are about to change at Villa Giambelli. Tereza, the matriarch, has announced a merger with the MacMillan family’s winery– and Sophia will be assuming a new role. As a savvy businesswoman, she knows she must be prepared for anything . . . but she isn’t prepared for Tyler MacMillan. They’ve been ordered to work together very closely, to facilitate the merger. Sophia must teach Ty the finer points of marketing– and Ty, in turn, shows her how to get down and dirty, to use the sun, rain, and earth to coax the sweetest grapes from the vineyard.

As they toil together, both in and out of the fields, Sophia is torn between a powerful attraction and a professional rivalry. At the end of the season, the course of the company’s future– and the legacy of the villa– may take an entirely new direction. And when acts of sabotage threaten both the family business and the family itself, Sophia’s quest will be not only for dominance, but also for survival. – via Goodreads

Well, I know that this isn’t the way I usually write a book review, but there was an awful lot going on in here and an abundance of characters, so I figured I would just take the synopsis of it and then add my opinion. The Villa is just one of those things I got roped into. Once I was told to read some ludicrous vampire trilogy by Nora Roberts as it was her “best work”. Seeing as Natasha is such a huge fan of the woman, I figured why not? Then it was all about the milky mounds of some woman’s breasts and all sorts of paperback porn and I immediately abandoned that outing. I was not impressed.

Recently Natasha and I traded some book suggestions, and she gave me grief for allowing what she perceives to be some of Roberts’ worst work define the writer for me. I started The Villa very warily (Natasha’s review for more details), sure that I was going to get a whole lot of other crap. Then there were so many characters, and Italians galore, I was wondering if there was any way I was going to be able to remember everything. The characters were initially introduced, shallow and hurriedly, but as the book progresses, the characters grow immensely, and it is a lovely journey to undertake.

I was rather irritated reading about the business and marketing side of things that she brought in from time to time (it annoys the hell out of me), but I cannot fault Roberts for the sheer amount of research that went into the novel. I learned quite a bit about vineyards and wine-making and all, but I am never going to be a vintner. The book has a strange feel to it, but it was a good one.

I was engrossed and I enjoyed the read, though I must say some of those bedroom scenes leaned a little towards milky mounds and all sorts. It was certainly a well laid out book, though the villain was easy to spot, and something else niggles at you and makes perfect sense at the end exactly how that slotted in. The emphasis on family and business was great. Pilar’s growth was lovely, and the Cutter family opening up and taking her in was also quite charming. I liked reading about Sophia and Tyler, though it was evident from the off how that would come together, it was still rather fun to go with.

While this is a romance novel, it is not necessarily dominated by that factor, which is probably why I appreciated this more than most. At least The Villa has shown me that Roberts isn’t as dreadful a writer as I initially suspected.