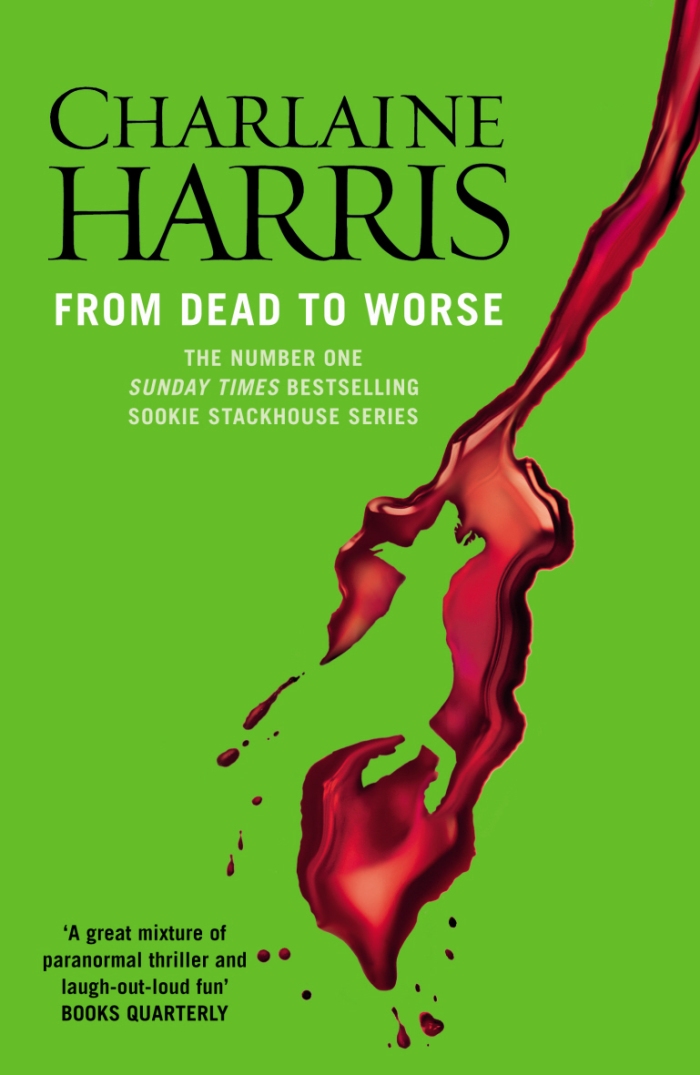 Sookie Stackhouse is a local Bon Temps barmaid and telepath, who is again involved with all sorts of things. After saving many vampires from a bombing by the Fellowship of the Sun, an anti-vampire cult “church” group, Sookie is back home, wondering where in the world her missing weretiger boyfriend Quinn is. He killed the Queen of Louisiana’s right hand man, Andre, to free Sookie of any future connections between them, but this has created a strong blood bond between Eric, Sheriff of Area 5, and Sookie. Eric comes for Sookie one night, and takes her to meet her great-grandfather, Niall Brigant, a fairy prince who tells her that her grandmother, Adele, conceived children with his son, Fintan. Sookie is lost and confused by this news, but it seems that Niall genuinely wants a relationship with her.

Amelia Broadway, a witch who had lived in New Orleans but stays with Sookie since she changed her lover, Bob, into a cat, is still with her. Sookie gets involved with the Shreveport werepack when some Weres she knows are killed and an attempt is made on her life. Initially the thoughts run rampant that Patrick Furnan, the new packmaster, is behind the drama, but Sookie soon learns that he has nothing to do with it, and that someone else is behind it. Furnan has his followers, and Alcide Herveaux, son of the Were Furnan killed to take his packmaster place, has his own, and neither side trusts the other. Uncovering the guilty party to bring the Weres together again is a rough job, meaning Sookie’s boss and best friend Sam Merlotte joins in to protect her and help out. Ultimately they are successful though. Quinn is still missing, and Sookie is fluctuating between being worried and being hurt at his intent of ignoring her.

As if there is not enough warring, Filipe de Castro kills Sophie-Anne Leclerq, the Queen of Louisiana. He intends to take over, and naturally Sookie is dragged in because of her connection to Eric. It seems that Quinn has  not only been laying low, but dealing with some serious family issues, among them the escape of his mother from the sanatorium. He has once again become embroiled and indebted to the vampires, something that makes Sookie deeply unhappy. To cap matters, Tanya Grissom, a woman who had been hired by the Pelt family to look into Debbie’s disappearance, reappears on the scene, and she has found a way to get involved all around Sookie and making people’s lives miserable. Octavia Fant, Amelia’s mentor, comes to see her from New Orleans and decides to be of some assistance in the matter with Tanya. Sookie’s brother Jason seems to be having some serious issues with his new werepanther wife, Crystal, who is pregnant. Jason manages to stage it that Calvin Norris, the leader of the Hotshot werepanther community and Crystal’s uncle, and Sookie both arrive to check on Crystal at the same time to find that she has been unfaithful to him. Seeing as Calvin stood up for Crystal at their wedding, he will have to pay the price. Through all of this, it seems that Eric has recovered the memories he lost when he was cursed a few months ago.

What will the price be that Calvin will pay for Crystal’s cheating? Why would Jason be so terrible as to bring Calvin and Sookie to the scene? Will Octavia and Amelia be able to help Sookie with her problem with Tanya? Will Quinn be able to make things right with Sookie? What will come of Sookie’s new relationship with Niall? What does it mean for Sookie now that she knows she is descended from fairy royalty? What will Sookie do now that Eric has recovered his memories?

This one was a little bland, to be honest. Maybe I just fell a little out of touch with it because I haven’t read one in a while or what, but I was just not as enamoured with this one. For one, the plot was a little all over the show. Sookie meeting Niall was a lot better than the series portrayed, and reading more about her family history was alright. There was a lot of lull in the plot though. The warring Were packs was something, too, that had the potential to be more but fell flat instead. The little vampire war just seemed another war stuck into the book to fill up some more pages, though I was thrilled to have Eric around again. The uncertainty of Quinn’s whereabouts got old soon, as I was sick of hearing about him all the time when it was remembered to add him, though he doesn’t feel like he belongs in the book, either. Quinn started as an interesting character, but then his constant use of “babe” and all that just got overbearing, and he became an irritating character. Not terribly so, but enough that I just wanted to move on and beyond him. I was pretty happy when they broke up. This relationship almost felt as though it was an avenue Harris was exploring and soon fell out of love with. Sam and Sookie are growing closer, too, and she is back to uhming and ahing about Eric. As you can see, I actually don’t have much to say about this book, it was just another one to add to the series. However, I am still having fun reading these.

9 thoughts on “Review: From Dead to Worse – Charlaine Harris”