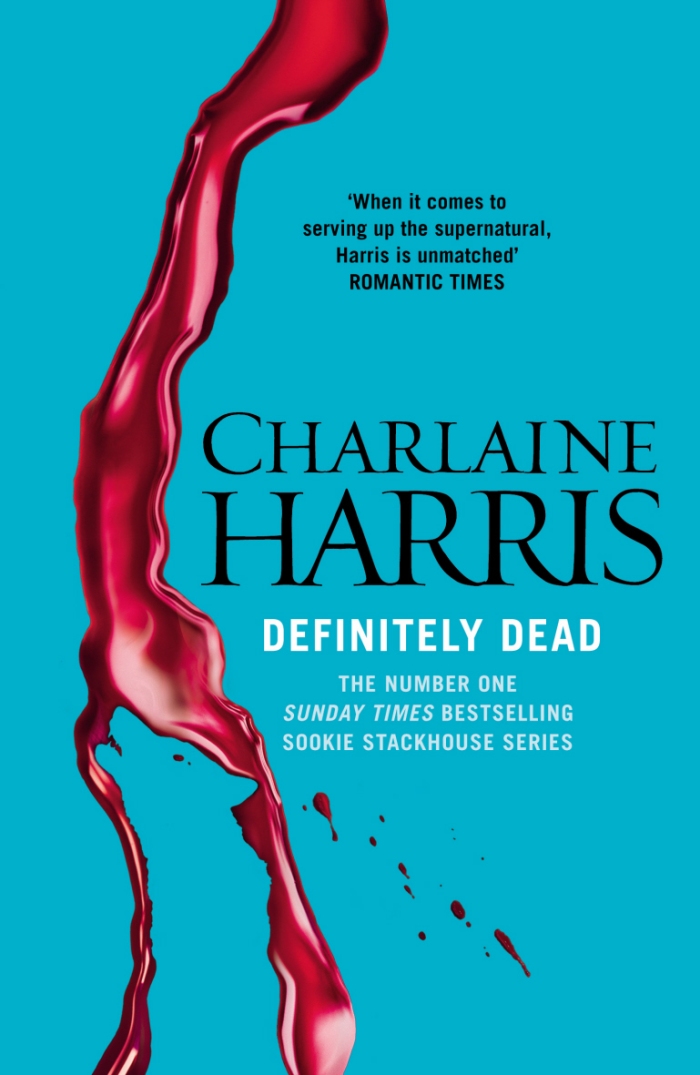 Local Bon Temps barmaid and telepath Sookie Stackhouse is shocked when weretiger Quinn comes to see her in Bon Temps, stating that  his visit was both business and personal. The business side of it is that the vampire queen of Louisiana, Sophie-Anne Leclerq, has requested Sookie’s services, the same services that Eric had requested before for a summit. The personal side is that Quinn would like to start seeing her romantically, and Sookie agrees. She also needs to go to New Orleans to clear out her dead (vampire) cousin Hadley’s apartment, who was one of the queen’s favourites. Bill Compton, Sookie’s vampire ex-boyfriend, offers to come with her to help her out. She is not overly keen, and Bill is seeing a new woman, Selah Pumphrey. Sookie starts to wonder why Quinn is so extremely well known in the supernatural community. The family of Debbie Pelt, a shifter that Sookie killed in self defence in the new year, is still looking for her, and are intent on seeing her to hear what she has to know. Sookie truly just wants to move on.

Sookie also has problems when she goes out with Quinn, leaving a furious Eric Northman behind, sheriff of Area 5. She is not talking to him much anymore, and he is not dealing with that very well. While on her special date with Quinn, they are attacked by a pair of freshly bitten weres, both hopped up on drugs. Neither has any idea why, and Quinn takes them to the local were bar to threaten the patrons, demanding that the event be investigated and insisting that Sookie be let be. It would seem that werewolf Alcide Herveaux is now seeing Maria-Star Cooper, which is alright considering how they left it. Leaving for New Orleans when the queen’s emissary, Mr Catialades, collects her, they learn that his niece Gladiola,a half demon, was killed to prevent her from delivering the message to Sookie about the queen sending to have her collected. Bill accompanies Sookie. Arriving in New Orleans, Sookie  finds that a talented young witch named Amelia Broadway cast a stasis spell on the apartment to keep it from smelling bad. Things go wrong when Sookie opens the apartment, considering the next night an unknown vampire rises, who was trapped by the stasis spell, attacking Amelia and Sookie. It seems that Hadley had changed the man, who was a were named Jake Purifoy. Eric visits Sookie in the hospital, and has an argument with Bill, who has turned up too. Eric forces Bill to reveal his true agenda with Sookie, that he had been sent to Bon Temps to get to know her, seduce her if needs be, to find out more about her. Naturally, Sookie is crushed.

After the narrow escape there, Sookie learns from Amelia that she can get some witches together to magically recreate the evening of Jake’s turning. Naturally, Sophie-Anne is interested, and attends the ritual. Quinn has come to visit Sookie, too, and she is glad to see him. Sophie-Anne also confides in Sookie that Hadley stole a bracelet from Sophie-Anne that was given to her by her new husband, the king of Arkansas, Peter Threadgill, and that she has to produce it on the wedding night, and that Sookie must please help her find it. Sookie obliges, as there will be major issues if Sophie-Anne cannot show it. Sookie looks, but she cannot find the stunning bracelet. Quinn arrives at Hadley’s apartment the next day to assist Sookie with the sorting and packing of the apartment, and here they are savagely attacked by a group of weres who kidnap them and take them away. They need to escape, and have no idea why they are being hounded the way they are.

Who is behind the kidnappings? Will Sookie and Quinn survive it? Will the Pelts ever stop trying to find answers about Debbie? Did Bill ever love Sookie? Will she recover from the awful truth that Eric forced Bill to share? Will Sophie-Anne recover the bracelet before it needs to be revealed? Who killed Gladiola?

The first thing to state here is that there is a short story called One Word Answer that needs to be read before this, otherwise it will be such a mess. When I started I was extremely confused, which made me really edgy, I don’t like to not know what is going on, and I did some Googling and found out what was happening. When I was all caught up I started back up again, and after that things flowed pretty well. I must say that I thought it a real pity that Eric got so little book time, and I missed his sass. The back and forth between Pam and Sookie about Sookie’s dating life and Eric was very funny for me. At any rate, reading more about Quinn was interesting, too, though he is shrouded in a lot of mystery, which makes me worried about where he is from/what he is about. Alcide also got virtually no time in here, which was alright. Quinn’s excessive use of “babe” irritated the hell out of me, and I am glad to see I was not the only person in the world that disliked it. I must say that these books are pretty addictive, which I cannot explain because they are actually really stupid and all that, but they work (provided, as I have said before, you don’t take them too seriously). Sookie’s knowledge of Bill’s assignment when he met her was really sad news for her, it really was a game changer, making her question everything she felt and thought she knew, as well as all the things that she did for him. Eric seemed intent of enlightening her of his betrayal, but to what end is still not obvious. I liked Amelia well enough, and the whole story with the queen was relatively interesting. I liked her most loyal right hand, Andre. This book felt very much like an extra filler book, and there were so many things that were brought in and then skipped over that let a lot feel unimportant (here I am specifically referring to Crystal’s miscarriage, the new waitress Tanya, etc). There was a lot of things that happened in here, and that was nice, but it still managed to feel like a filler novel. Overall, still a fast read, but not on par with the other books, either. Maybe it is because I missed reading more about Eric, and missed more Pam.