Here’s another entry for the Hitchcock blogathon by yours truly! 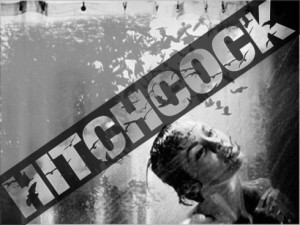 Here’s Zoe from Sporadic Chronicles of a Beginner Blogger’s review of Hitchock’s Under Capricorn for our Alfred Hitchcock Blogathon.

What did she think of this?  Read on and find out. 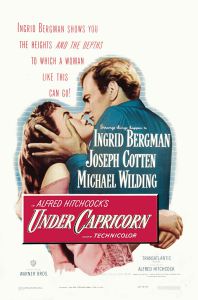 SYNOPSIS: A young gentleman goes to Australia where he reunites with his now married childhood sweetheart, only to find out she has become an alcoholic and harbours dark secrets.- via IMDB

While not a masterpiece, Under Capricorn does indeed tell a better story than many of the older Hitchcock films that I have watched, and had the beautiful Ingrid Bergman helming a main role. The chemistry between her and Michael Wilding was palpable, and the love story between Lady Henrietta and Sam was a touching and beautiful one.

When the movie initially started, I was not particularly sure what it wanted to do, but figured I would find out soon enough. Quickly it moved on from shady but…