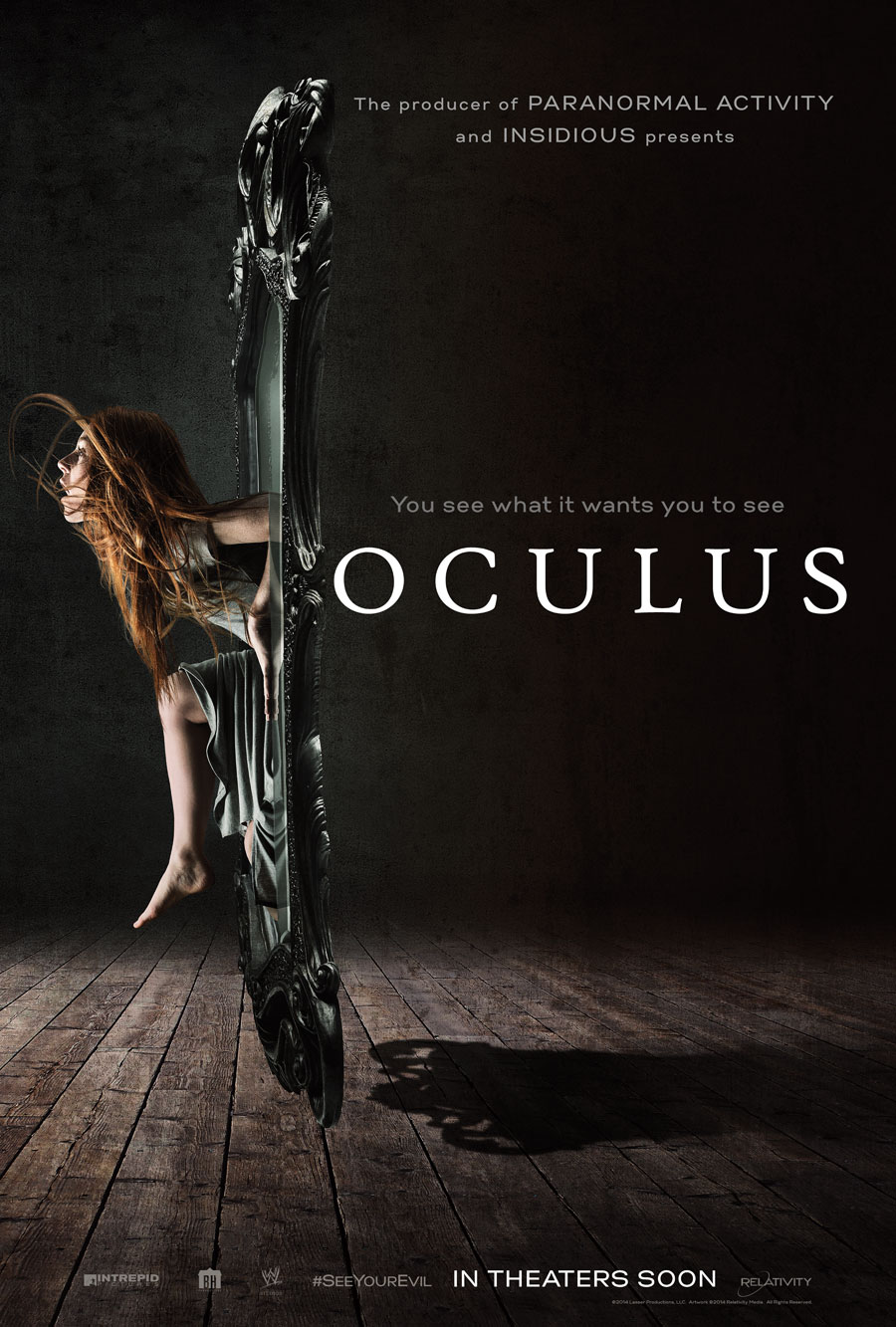 “My name is Kaylie Ann Russell. The purpose of today’s experiment is to prove the object behind me is responsible for at least forty five deaths in the four centuries of it’s recorded existence.”
– Kaylie Russell

Eleven years after a terrible tragedy, Tim Russell (Brenton Thwaites) is released from a psychiatric ward, ready to rejoin society. His sister, Kaylie (Karen Gillan) has been busy at work. She has managed to acquire a mirror which she seems rather attached to, something she seems to hate very much. Meeting up with Tim, she reminds him of a promise they had made eleven years ago, to destroy it. Tim decides not to stay with Kaylie and her fiancé Michael (James Lafferty). He is doing his best to get healthy, but it seems Kaylie is intent on making that impossible. Returning to their old house where their mother and father died, Kaylie brings the mirror with her, and the house is set up with cameras, alarm clocks, and a vicious looking anchor with a weight attached to it.

Tim is wary of being back in the house, and soon starts to question Kaylie’s sanity. She has done a lot of investigating to prove that the mirror is responsible for a hell of a lot of deaths, as well as her father losing his mind and killing his mother, forcing Tim to shoot their father to death. This landed him in the mental hospital. Tim refuses to believe that the mirror caused any of the things that Kaylie is insinuating. She explains all the measures she has taken against the mirror, such as having her fiancé call her on the hour, every hour, as well as alarms reminding them to eat and drink, and then finally the killswitch, which is the huge anchor against the roof. If the manual alarm is not reset every thirty minutes, it will fall and destroy the mirror. With cameras set up everywhere, Kaylie is insistent that they will be able to capture the supernatural phenomenon and prove that their family is not crazy, but that it was a victim of the mirror.

“I’ve met my demons and they are many. I’ve seen the devil, and he is me.” – Alan Russell

As much as Tim is opposed to the idea, soon strange things start to happen, and his tightly constructed wall starts to collapse. Tim’s mind wanders to the past, to when he (Garrett Ryan) and Kaylie (Annalise Basso) were children, to the things that happened with their family. They moved into a new house, their father Alan (Rory Cochrane) bought a new antique mirror, and soon after he got possessive of his study. Marie (Katee Sackoff), their mother, is driven to jealous fits. Something is happening to their perfect family, and the children are only starting to realise there are problems later on, when everything seems to be falling apart. In the present, however, physical things start to change around the house, seemingly to confirm that there is more going on than meets the eye. 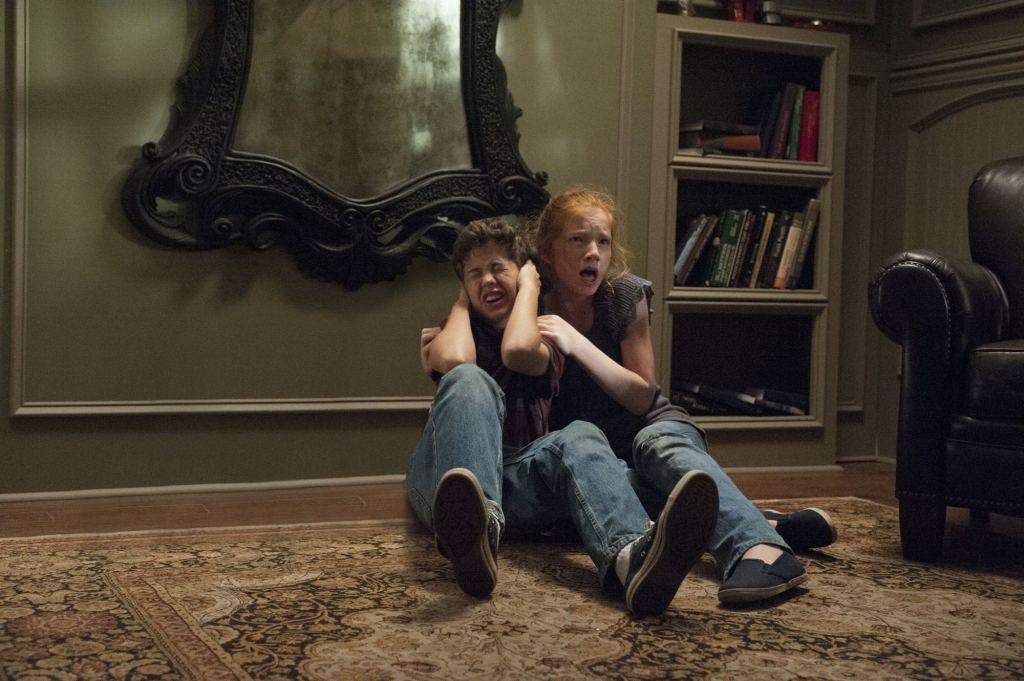 Is Kaylie honestly right about what happened all those years ago, or has she managed to pull him and his weakened mind into her elaborate delusion? Is the mirror solely responsible for all the bad things that happened all those years ago? What exactly did happen eleven years ago in this house? Will Kaylie and Tim be able to beat the mirror, or will it win again? What is it that they are hunting and documenting, exactly?

Definitely one of the more fresh horror movies that I have seen recently, there is a lot about Oculus to like. For one, the camera work was good, and the way the story got underway was also just fine. Meeting each sibling separate and away from each other was exactly what was needed to get to know each of them without the other, no matter how brief the introduction was. Now, the mirror was brought in early, and shrouded in mystery for a while, though the purpose was revealed just before it became overwhelmingly annoying to watch whatever the hell was being so drawn out. Just as it occurs to you to start throwing things around and cursing for the elaborate “suspense”, you are finally told. Tim’s fragile state of mind is ever on display, and Kaylie was not helping in his recovery at all. Then there was the way that the story was told, splicing the past and the present all between each other, which sounds confusing (and sometimes it does get a little strange), but overall it pulls it off. It is nice because it keeps you on your toes. The premise was interesting in the sense of questioning how exactly they think they are going to pull off the impossible, as well as the constant bickering between brother and sister about what is real and what is not, and what exactly happened all those years ago when they were children.