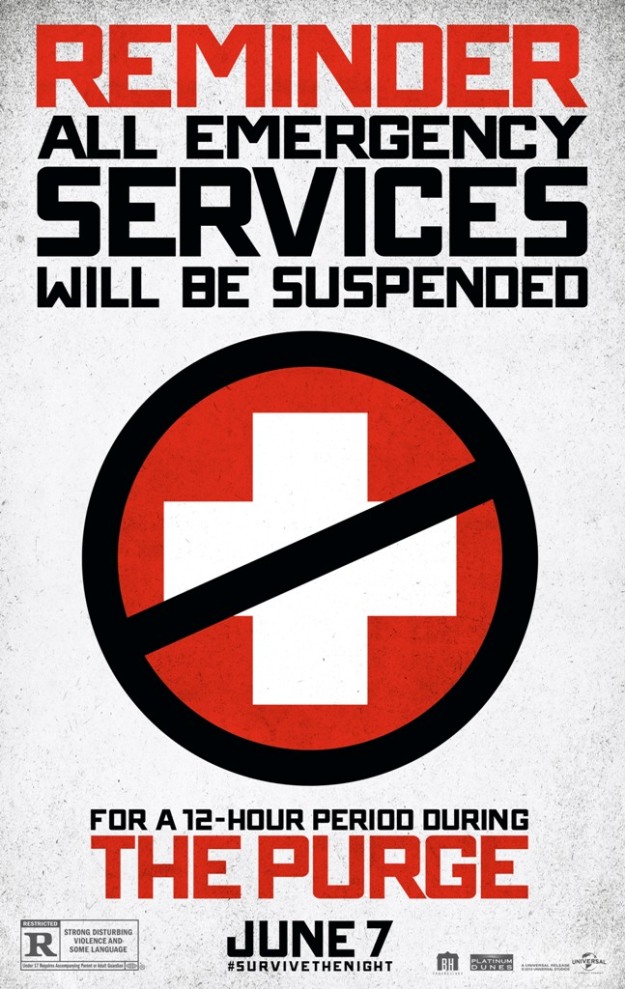 “Tonight allows people a release for all the hatred and violence that they keep up inside them.”
– James Sandin

SYNOPSIS: In the future, a wealthy family is held hostage for harboring the target of a murderous syndicate during the Purge, a 12-hour period in which any and all crime is legalized. – via IMDB

I didn’t really expect huge things from this film seeing as just about anyone and everyone slammed it for being a disappointment, but seriously I didn’t realise it was so much so. The concept itself was perfectly fine and it had the potential to be great but screwed up any chances of that rapidly.

Ethan Hawke is doing more horrors? When did this happen? I have no issue with this, it’s just… weird. Max Burkholder was very unconvincing, everything about his character contradicted other parts of his character and he just… annoyed me, but whatever. I didn’t actually want to stab Lena Headey for a change, though she certainly is magnetic. The only person that had even just a teeny tiny bit of something to bring forth was Rhys Wakefield as the Polite Leader who successfully terrorised the family from outside. He was certainly odd and strange and a little cooked in the head and a serious believer in The Annual Purge.

I don’t know, for something that could have been interesting and fun and all that, it was awfully bland and boring, silly and all the rest of it. I couldn’t even identify with the family at all. There was so much nonsensical nonsense going on at any given moment, too, which was highly annoying. The concept is weird, but has potential. A lot. Instead, we get a relatively run of the mill home invasion movie with a little twist on that concept, but not enough to blow me away. So much more could have been done. The movie just felt flat, badly paced, and illogical. I believe there is a sequel coming to this, and it makes no sense to continue with this at all. Oh well.