And here we are. Can you believe it? The end of The Potter Perceptions. I was getting so cosy with the idea that this was going to be a permanent thing (though goodness knows I just wanted these movies to get it over with already), but alas, Eric and I are finally at the end. This actually happened. As much as I had to get my things together to watch this, and I wasn’t a serious fan of the movies or anything, I had so much fun running this project, hearing what Eric had to say with no knowledge of Potter or his world, getting to pick apart the flaws and praise that which was good, designing fresh and shiny new banners all the time, getting to pimp things out… I reckon we had fun. But here we are, at the end. Thanks to everyone that joined in on this, had fun with us, read it and shared their opinions, it was truly appreciated! Eric, I thank you ever so kindly for getting so involved with this, it was a total blast to work with you, and I truly enjoyed the effort you put into this whole thing!

First I would like to come out and say that I’m kind of sad that this is over because I’ve had a lot of fun working with Zoë on this… Zoë this has been good fun and thanks for all of your time and for putting up with me and all of that!! Hopefully we can do something like this again. And NO – I WILL NOT WATCH THOSE DAMNED TWILIGHT MOVIES!!!!! On the other hand, I’m not sad that this is over because I’m done with all of these movies and breaking up with them over email. I mean, for real?? I just spent nineteen hours watching these things and THIS is how it ended??? GIIIIIIIIIIIIIIVVVVVVVE MEEEEEEEEEEEE HARRYYYYYYYYYYYYYYYYY POOTTTTTTTTTTTTTTTTTERRRRR. GIIIIIIIIIIIIIIIIIIIIIVE MEEEEEEEEEEEEEE HARRYYYYYYYYYYYYYYYYYYYY POTTERRRRRRRRRRRR…. WHAT?? Multiplying cups??? Riding around on dragons???? I’m assuming people know about this but *spoilers* Harry’s dead!!! Oh shit there’s another hour to go!! What will we do??? Oh wait – he’s not dead after all!! Thank god the most evil presence in the world ever forever and ever and ever amen couldn’t figure that out. And – nice ending – “What if I am selected to Slytherin, Poppy?? What ever will I do???” “You will be a wonderful wizard, my son. Cheerio!” SMOOCH. Whatever.

So – they go off for one movie to find this all powerful sword – risking their lives – and then they get it and just give it up to the goblin to get into a safe? Did I miss something? Also – I never read these books so did I miss where someone actually used the Resurrection Stone? I thought he dropped it on the ground before he got killed? How did he just pop back up to life and go running around all over the place?? Wouldn’t he be sore or something from BEING DEAD??? After all of this time, bumbling and stupid Neville saves the day? Speaking of Neville – when the dark army is trying to get past the force field (or whatever) it’s just HIM out on that bridge keeping an eye on things?? I don’t think that’s very sound strategy from the Hogwarts Administration and Defense League.

I also thought it was pretty contrived how the Elder Wand never worked for Voledemort. Why? “I disarmed Draco so it actually belonged to me” (or something) says Pooter in the way of poor explanation. And then he destroys it? Wouldn’t you just give it to someone at Hogwarts to put in a safe or something? What if some hobo living under that bridge finds it and tapes it together?? I don’t know about this. I do think this move was well made with some fancy special effects and shit but…. I’m done with it. Bye bye, Harry Pooter, Byeeeeeee byeeee. Thanks again Zoë!! Happy 2014 to you!! 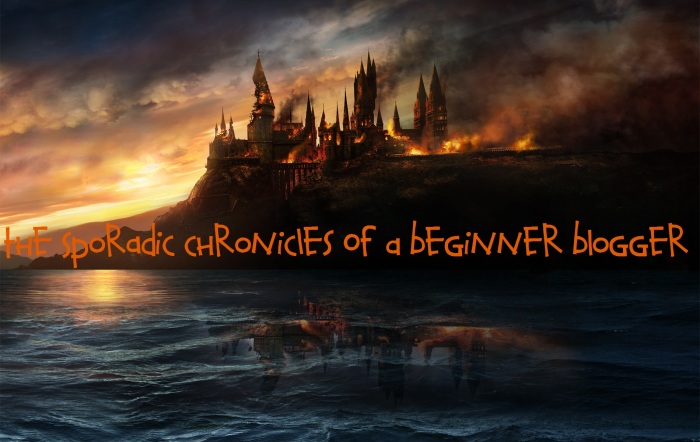 Wow, what a way to close down the series! I must say of all the movies, this one is my favourite. It looked great, had a fantastic score, was paced reasonably well, the acting was just superb and Alan Rickman got more screen time, making me very happy. I must say this was going strong though it lost the plot towards the end a bit, the story got altered a bit too much for my liking. This adaption was mostly loyal, though I can see how it would confuse the hell out of people who hadn’t read the books – I could make the leaps and jumps and bounds in logic with the characters because I had a backing. Oh well, here we are and this run is finally over. I am actually going to miss this little project… thanks Eric for undertaking to see this through with me!