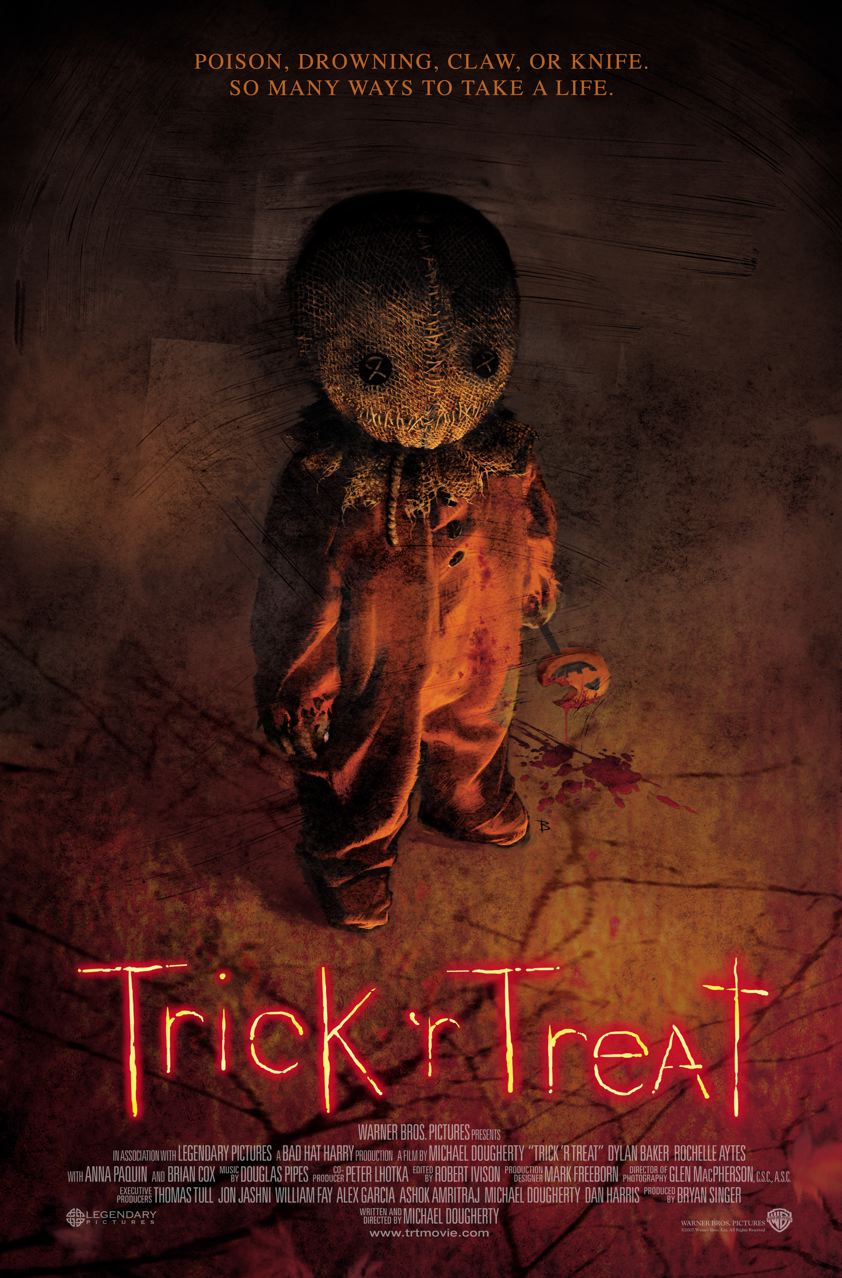 “Samhain, also known as All Hallows’ Eve, also known as Halloween. Pre-dating Christianity, the Celtic holiday was celebrated on the one night between autumn and winter when the barrier between the living and the dead was thinnest, and often involved rituals that included human sacrifice.”
– Rhonda

SYNOPSIS: Five interwoven stories that occur on the same block, on the same night. A couple finds what happens when they blow a jack o’ lantern out before midnight, a high school principal has a secret life as a serial killer, a college virgin might have met the right guy for her, a group of mean teens play a prank that they take too far, and a hermit is visited by a special trick or treater. – via IMDB

I am ashamed to say that it took me this long to get to this film. I have heard a bit about it and that it is a decent watch and all, I have just never actually gotten to it. Confessions Of A Nerf Herder got me onto it with his list of Halloween movies to check out, and insisted that I see it. Alright then, finally someone sold me on watching it. I had such a ball with this film! It is shocking that it took me so long to get to it (and yes, a large part to blame is because I thought it was a movie with Anna Paquin as leading lady – and no, I am not a fan). But whatever the case, it is my fault, but it made for some damn good Halloween viewing! Dylan Baker absolutely cracked me up throughout this film without fail. The scenarios that everyone was involved in were simply brilliant, and it was a bag of laughs and some pretty decent effects to boot. Sam was pretty damn creepy, and I thoroughly enjoyed the concept behind him. I loved how the five stories were interwoven as they were, and I thought that the town had quite the Halloween going for itself. It is definitely a fun watch, and I thoroughly enjoyed how it was put together and how the story played out. It is old school, it doesn’t try to hard really is a pretty good horror entry. It was exactly what it needed to be, and I can understand now why it is essential Halloween viewing.