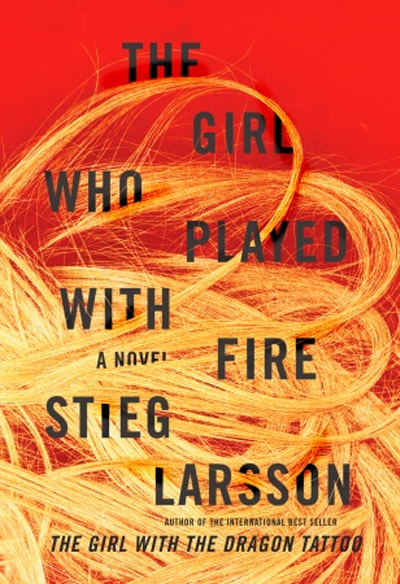 Lisbeth Salander is hopping the globe on her own little mission after embezzling millions of kronor from Hans-Erik Wennerström a year ago. After cutting Millennium journalist Mikael Blomkvist off completely when she felt she may be in love with him, she is putting her life together. Spending millions on a massive apartment, Lisbeth continues to live her life. She moves her friend and sexual partner Miriam “Mimmi” Wu into her old apartment. Lisbeth is intent on ensuring that her privacy is the top of all food chains. Upon her return to Sweden after a year abroad, she realizes that her sadistic guardian, Nils Bjurman, may be up to something. What she does not realize, however, is that it is going to cause a major stir like never seen before. Naturally, Lisbeth begins checking up on him, and the more she looks into the matter, the more suspicious she becomes. An attack outside her old apartment by a massive giant and a potbellied biker do nothing to assuage the situation.

Journalist Dag Svensson approaches Millennium in hopes that they will publish his book in which he is intent on exposing a vicious sex trade in Sweden. He has sources, he has proof and he has the passion with which to do it. His girlfriend, Mia Johansson, is about to take her doctorate and her thesis deals with the underage and incredibly young prostitutes being brought into the country and brutalized. Together the couple plans to expose some very powerful people, and bring a terrible issue to the fore. With her skills as a hacker, Lisbeth accesses Svensson’s work and starts to look into his story herself. Blomkvist and his magazine partners Erika Berger and Christer Malm are on board for a themed issue and a book sale. One night, while at a dinner party at his sister, Svensson telephones Blomkvist to let him know that he is checking out a new lead, and that he will deliver some materials to Blomkvist by courier. Blomkvist offers to pick it up on the way home, and when he arrives it is to a scene of carnage. His friends have been shot to death, though by who and for what purpose are as of yet unknown.

Criminal Inspector Jan Bublanski is put on the case, and soon they have a suspect – prints in the apartment and on the weapon found at the scene match those of Lisbeth Salander. As though this was not damning enough, the gun used belonged to Nils Bjurman, who has also been murdered. Soon a nationwide manhunt ensues, and the more that the press and the police dig into Lisbeth’s past, the more frenzy is whipped up, and the less the authorities understand. What her file and professionals say about her and what her friends and acquaintances are saying about her are two completely different things. The investigative team is divided. Time passes and Lisbeth is still eluding capture, leading some to think along other lines than her being guilty of a triple murder, while others steadfastly believe she is guilty. Lisbeth has a strong grouping of people intent on proving her innocence that she did not expect to have backing her. Blomkvist wishes to help and is using Svensson’s materials to dig deeper into an alternative theory, Dragan Armansky, her ex-boss and head of Milton Security, has opened his own private investigation into the matter and is assisted by her retired guardian, Holger Palmgren.

The more all of them dig, the more they discover. A mysterious entity named Zala features in Svensson’s work, and it was the last lead that he was chasing down. Mikael snatches up the mantle, and continues the questioning search. Lisbeth’s past is whipping out of the darkness to catch up with her, and soon. Will they be able to help her? Will the digging drag out some unwanted and hidden secrets, secrets of which the explanation may cost too much?

The story was slick, fast, detailed and easy to read. I think Stieg Larsson truly was a phenomenally talented writer, and executed his story and characters so well. Sexual preferences and what not were highlighted quite a lot in this book, but upon reflection it is not that he is aiming to shock, it is just a very core and integral part of the story that needs to be carried – preferences, right, wrong, brutality, choices, etc. Lisbeth Salander is truly one complex character, and a wonderful one at that. The story was interesting, and the genetic deficit that the giant suffers from, too. The air of mystery was palpable in this one, and the media frenzy that is experienced in the book manages to spread with just the headlines. Not in that “oh my soul she really is a psychopath” kind of way, just that total thing about something can be phrased in such a way it can become the most untoward of things. Mikael Blomkvist is ever the detective, and relentless in his mission to establish or absolve guilt, as well to uncover a truth that seems to be so hidden behind obscurity. The presentation and execution of this book is great. When it starts, the pace is very slow, though it is still pleasant to read. It just has no real feeling of truly going anywhere, and before you know it, everything just catches and takes you on one hell of a rollercoaster ride. Finding out more about Lisbeth’s past is not an easy journey. The book features a vast array of characters, but not once does it become overbearing or impossible to follow, which is a gift for a writer to achieve. Stieg Larsson wrote about battles he was waging with society, and it gives them a very credible feel. Another great read, definitely worth it.

10 thoughts on “Review: The Girl Who Played With Fire – Stieg Larsson”