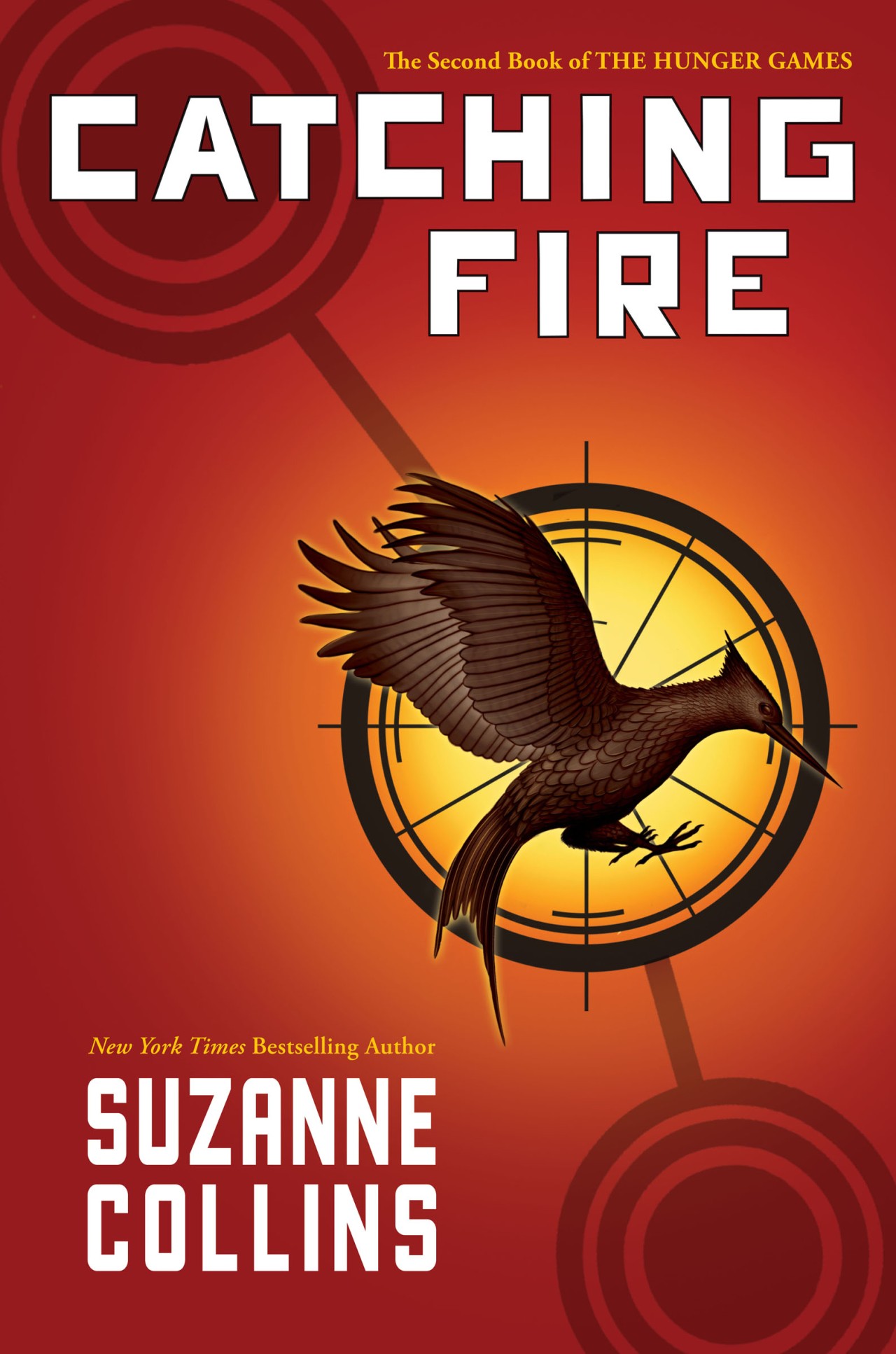 SYNOPSIS: Sparks are igniting.
Flames are spreading.
And the Capitol wants revenge.

Against all odds, Katniss has won the Hunger Games. She and fellow District 12 tribute Peeta Mellark are miraculously still alive. Katniss should be relieved, happy even. After all, she has returned to her family and her longtime friend, Gale. Yet nothing is the way Katniss wishes it to be. Gale holds her at an icy distance. Peeta has turned his back on her completely. And there are whispers of a rebellion against the Capitol – a rebellion that Katniss and Peeta may have helped create.

Much to her shock, Katniss has fueled an unrest she’s afraid she cannot stop. And what scares her even more is that she’s not entirely convinced she should try. As time draws near for Katniss and Peeta to visit the districts on the Capitol’s cruel Victory Tour, the stakes are higher than ever. If they can’t prove, without a shadow of a doubt, that they are lost in their love for each other, the consequences will be horrifying.

In Catching Fire, the second novel in the Hunger Games trilogy, Suzanne Collins continues the story of Katniss Everdeen, testing her more than ever before…and surprising readers at every turn. – via Goodreads

The book was pretty well written, although I again felt Katniss was sometimes overly selfish. The Peeta-Gale-Katniss love triangle is starting to work on my nerves. Who is she to play them off against one another like that? I understand she is lost and confused, and that the situation sometimes impresses such things on her, but she cannot push them both away then pull them back then throw one another up in each others faces all the time. It is one or the other, sweetheart, and I agree wholeheartedly with Haymitch when he tells her that she will never deserve Peeta. I must say, the book took us through the motions of rebellion, fear, fight and flight emotions, blackmail, and escape very well. The story was solid, and the second part of the book, the arena, happened pretty fast, but not overly so. Finnick Odair is by far my favourite character of the series. He is strong, sweet and out there. I think I need to add something here: I do not dislike Katniss, I just feel that she can be so weak at times,  all the while proclaiming to be so strong and well put together. I get that she is too afraid to lose Gale or Peeta, but what she is doing would realistically drive them both away from her. Again, the conclusion of the book is typical Suzanne Collins, so very fast and in a blur. However, it worked very well this time, solidly putting through the perception and feeling of a haze and rush and reality slipping in and out of focus all the time.